Skip to content
Advertisement
Trusted By Millions
Independent, Expert Android News You Can Trust, Since 2010
Publishing More Android Than Anyone Else
37
Today
77
This Week
342
This Month
2295
This Year
112375
All Time
Advertisement

The OnePlus 9 cameras have been detailed in a new leak, and a real-life image of the rear camera module has also been shown. Based on this information, the OnePlus 9 could have a similar setup to the OnePlus 8 Pro, at least in two key areas.

The OnePlus 9 is tipped to feature two 48-megapixel cameras. Its main camera will be a 48-megapixel one, as will its ultra-wide camera. The OnePlus 8 Pro also has this setup. The source did not say what sensors can we expect, though, so we cannot confirm they are the same as on the OnePlus 8 Pro.

The OnePlus 9 cameras could be similar to the ones on the OnePlus 8 Pro, at least two of them

Chances are they are, though, as the source confirmed the main sensor won’t be the Sony IMX586. That will probably be the ultra-wide camera, as on the OnePlus 8 Pro, while the main camera will utilize the Sony IMX689 sensor.

The Snapdragon 875 will fuel the device, and the company will also include 8GB of RAM. You can also expect 65W fast charging to be included. We’re not sure if wireless charging will be supported, or only wired charging.

Previous information suggested that the phone will feature a flat display, and include a display camera hole in the top-left corner. It will be made out of metal and glass, by the way.

The OnePlus 9 is expected to launch in March, along with the OnePlus 9 Pro. The ‘Pro’ model did leak quite recently as well, in case you’re interested in checking that out. 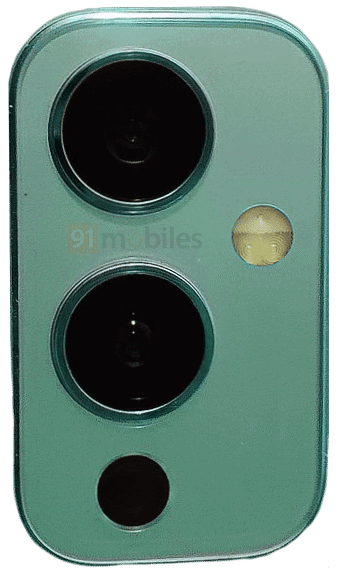