Nokia is set to launch a wide range of smart TVs and a high-end Android set-top box (STB) in Europe. An Austria-based company called Streamview will be selling these products in Europe. As per the reports from Europe, the Nokia-branded set-top box will officially launch as Nokia Streaming Box 8000.

While there is no official information from the company, the specifications and pricing of the set-top box have already leaked online. If you didn’t know, Nokia is already selling similar products in India. The leaked Nokia Streaming Box 8000 might go on sale just before the Holiday season.

Like HMD Global, which is the exclusive licensee of the Nokia brand for tablets and smartphones, Streamview will be selling Nokia-branded smart TVs and streaming devices. Speaking of the Nokia Streaming Box 8000, it will likely retail for €99 (approx. $118).

The streaming device’s remote includes many buttons making it look like a classic remote from the past. It comes with dedicated buttons for Netflix, Prime Video, Youtube, and Google Play. Moreover, there is also a Google Assistant button for voice search. Additionally, the four colored buttons in the bottom row are expected to be customizable shortcut buttons.

The backlit keys also make it easier to find in the dark. Nokia’s first streaming device in Europe will be running on Android 10 out of the box and includes Chromecast built-in. The set-top box comes loaded with popular apps like Netflix, Prime Video, Disney+, and YouTube.

While it supports playback in 4K (3840 x 2160 pixels) UHD resolution, there has been no confirmation of Dolby Vision support. It also comes with a good selection of I/O ports — HDMI, Ethernet, USB Type-A 3.0, USB Type-C, AV out, and optical audio sockets. The Streaming Box 8000 also supports Wi-Fi 802.11 ac and Bluetooth 4.2 connectivity.

Moreover, it packs an Amlogic S905X3 chipset, which is found inside the majority of the high-end set-top boxes. To get the complete details of this latest streaming device from Nokia, you need to wait for the official launch. In August this year, Nokia launched the puck-shaped Android TV device called Nokia Media Streamer in India for INR 3,499 (approx. $47).

Unlike the upcoming Nokia Streaming Box 8000, the Nokia Media Streamer comes with a minimalist remote. It supports streaming in Full HD resolution and is powered by Android 9.0. Also, it only includes a micro-USB port for power supply and a mini HDMI port for connecting it to the TV. 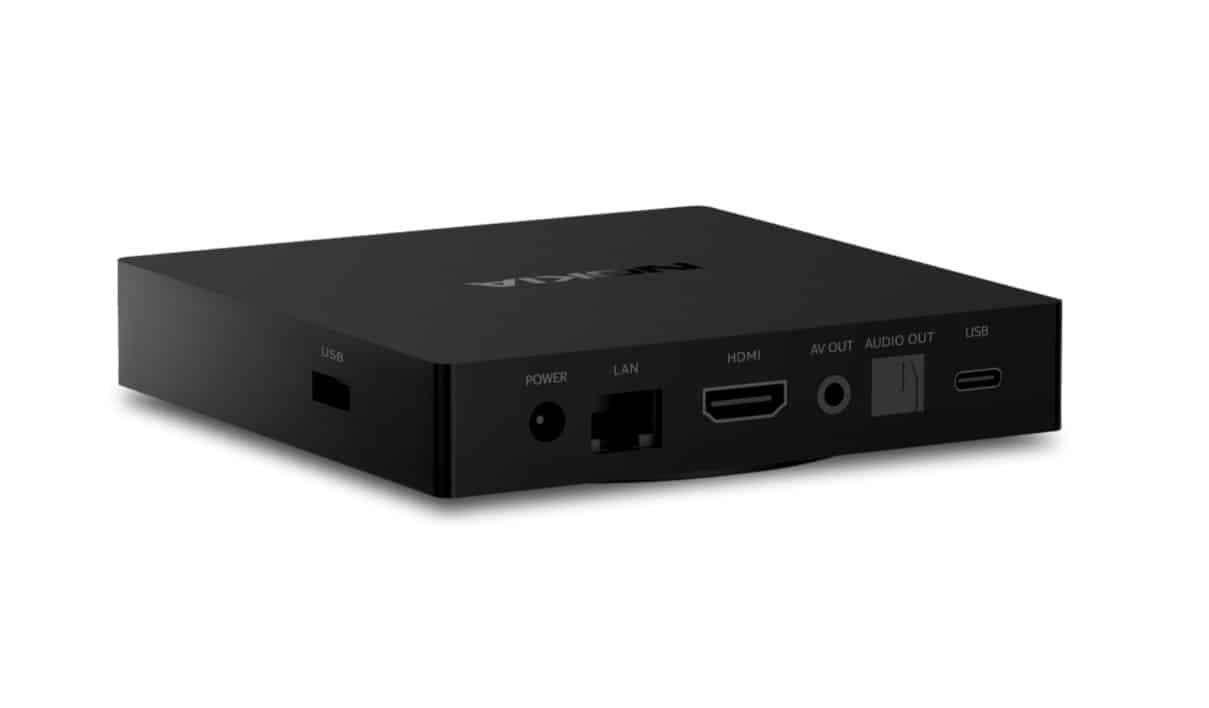