LG‘s rumored rollable smartphone could be called, well, LG Rollable. The South Korean company has recently filed a trademark for the name with the European Union Intellectual Property Office (EUIPO). It is a Category 9 application that carries a description that includes “smartphones; digital mobile phones; electronic touch screen pen for smartphones; earphones for smartphones; wearable smartphones.”

From the brief description in the trademark application, LG Rollable seems to be a smartphone that may come with support for a stylus pen. Although the filing doesn’t reveal anything else about the device itself, it comes just around the time when rumors about a rollable LG smartphone have begun doing rounds.

We reported last week that the Korean electronics giant could be planning to launch such a smartphone sometime in March next year. That report was followed by the discovery of a design patent for the phone earlier this week. The sketches in the patent documents showed a standard-looking smartphone with a flexible display that partially hides inside the housing.

However, thanks to LG’s rollable display mechanism, users can pull out the display from both sides to convert the smartphone into a tablet. LG has already commercially launched the world’s first rollable TV. The company is now bringing the same engineering marvel to smartphones as well.

As we push for more screen real estate on our pocketable smartphones, OEMs have been exploring several possibilities over the years. Foldable smartphones are slowly gaining popularity while LG made a big splash with its “Wing” phone last month. The T-shaped phone, which featured two separate displays and a swivel design caters to several practical uses cases. We now have rollable smartphones coming soon as well.

The advantage of rollable technology over foldable design is that it doesn’t leave creases on the display. LG’s compatriot Samsung has already made big strides in the foldable smartphone market. However, the company has yet to address the problem of display creases that may ruin the experience for the user.

LG’s rollable display technology may well open up a whole new possibility for innovative smartphone designs. The company had teased such a form factor during the LG Wing launch event last month. Both the devices fall under LG’s Explorer Project.

Apart from the LG Rollable name and a possible design, no further information about this device is available as of yet. However, if the rumored timeline of a March 2021 launch is true, then we should be seeing more of the phone in the coming weeks and months. 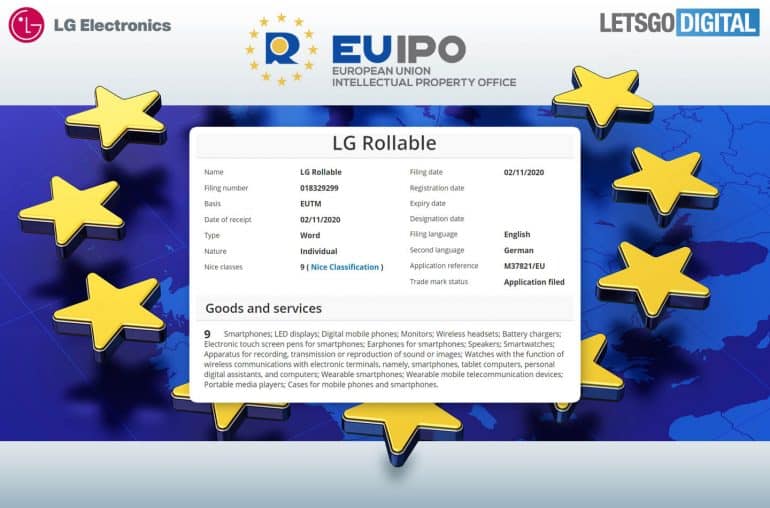