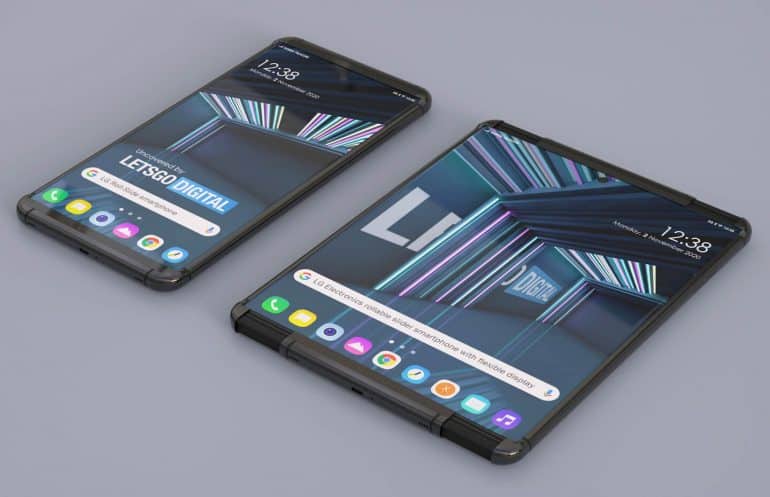 LG is rumored to launch the “Project B” smartphone featuring a rollable display under the Explorer Project. The company even trademarked the name “LG Rollable” with the EUIPO (European Union Intellectual Property Office). According to Letsgodigital, LG has now registered a trademark for the name “LG Slide” with the WIPO.

Apart from patenting several rollable smartphone designs, LG even teased a smartphone with an extendable display during the LG Wing launch. Out of these two newly trademarked names, the company might use one of them for its second smartphone under the Explorer Project.

The recent leaks suggest the company might officially launch the “Project B” smartphone with the rollable display in March next year. After all, both the trademarked names could be used for two completely different smartphones. LG submitted the application for registering “LG Slide” as a trademark for its new smartphone on November 4.

The application has been resubmitted by intermediary Mitscherlich from Munich on behalf of LG. It is categorized as Class 9, which includes smartphones, digital mobile phones, electronic touch screen pen for smartphones, earphones for smartphones, smartwatches, smartphones, and tablet computers.

Is it for the second smartphone under the Explorer Project?

Apart from its name, no other information is available about the device. However, the listed categories suggest the device might even come with support for a stylus. Even Samsung might add S Pen support for its upcoming Galaxy Z Fold 3 launching in 2021.

Unlike the current-gen foldable devices, the rollable devices won’t create the crease. Moreover, the device with a rollable display can also be a lot slimmer than foldable smartphones. Apart from LG, China’s TCL is also working on a couple of rollable devices.

It recently demoed the vertically and horizontally expanding smartphones featuring flexible OLED displays. Apart from teasing during the LG Wing announcement, there is no other substantial information regarding the rumored Project B smartphone.