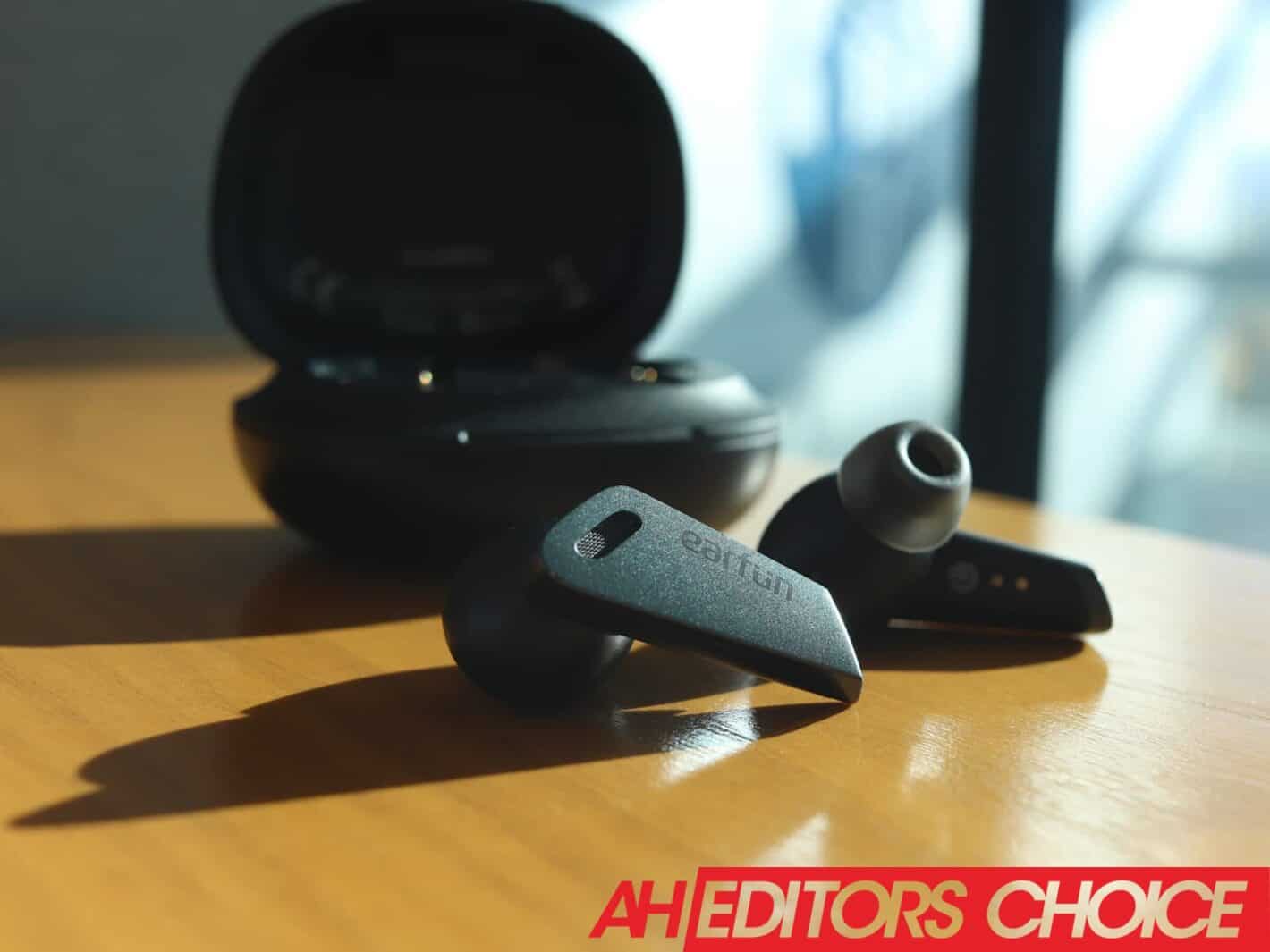 EarFun Air Pro brings surprising quality and features for a reasonable price in a fashionable but not overstated design.

Long-time wireless audio company EarFun is out to prove that its new EarFun Air Pro can stack up with the best under review. And it recently sent Android Headlines a pair to try out and see if they fit the bill. Summarily, especially with consideration for ongoing sales for the ear-borne gadget, they do. But as is always the case, there’s a lot more to it than that.

EarFun Air Pro offers up a lightweight listening platform with some of the best audio-tuning on the market. And it couples that with active noise-cancelation, touch-based smartphone interactivity, water-resistance, and long battery life. All in a modest, compact package with earbuds designed to stand out without being unwieldy, gaudy, or uncomfortable. There are, of course, a few caveats with a price under $80. None of those is really a dealbreaker.

So let’s take a look at why these truly wireless earbuds could easily be among the best such headphones in their price range for 2020.

The design used by EarFun for its Air Pro ANC Wireless Earbuds is exceedingly modern. In terms of shape, the company went with a blade-like design that fits pointing slightly forward. That design is accented by a case that easily fits in the palm of my hand without any overhang. And the plastics here are smooth but not slippery.

A magnetic lid, notch to help open the case one-handed, and other design elements are, in effect, just the icing on that cake. For example, the company engineers and ships these wearables with the intention that they’ll be charged first upon the first use. And then they pair automatically when the lid is first opened up. Or, for multi-device pairing, there’s an easy-to-use button built-in to the interior of the case. That enters the earbuds into pairing mode.

Around the back, there’s a USB-C port that fits the included cable snugly for 5V/1A charging. And an LED that blinks a set number of times at different percentages to inform you of how full the battery is. 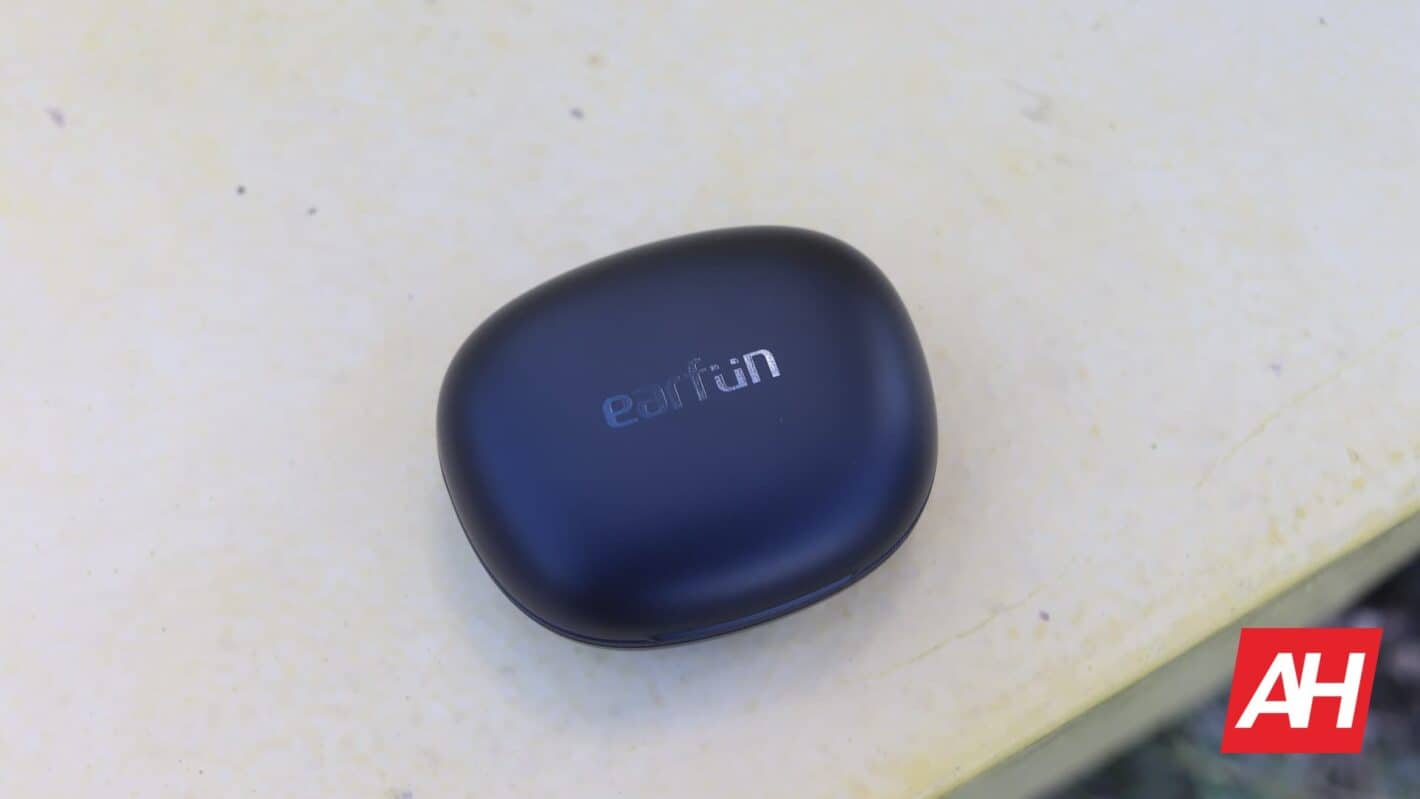 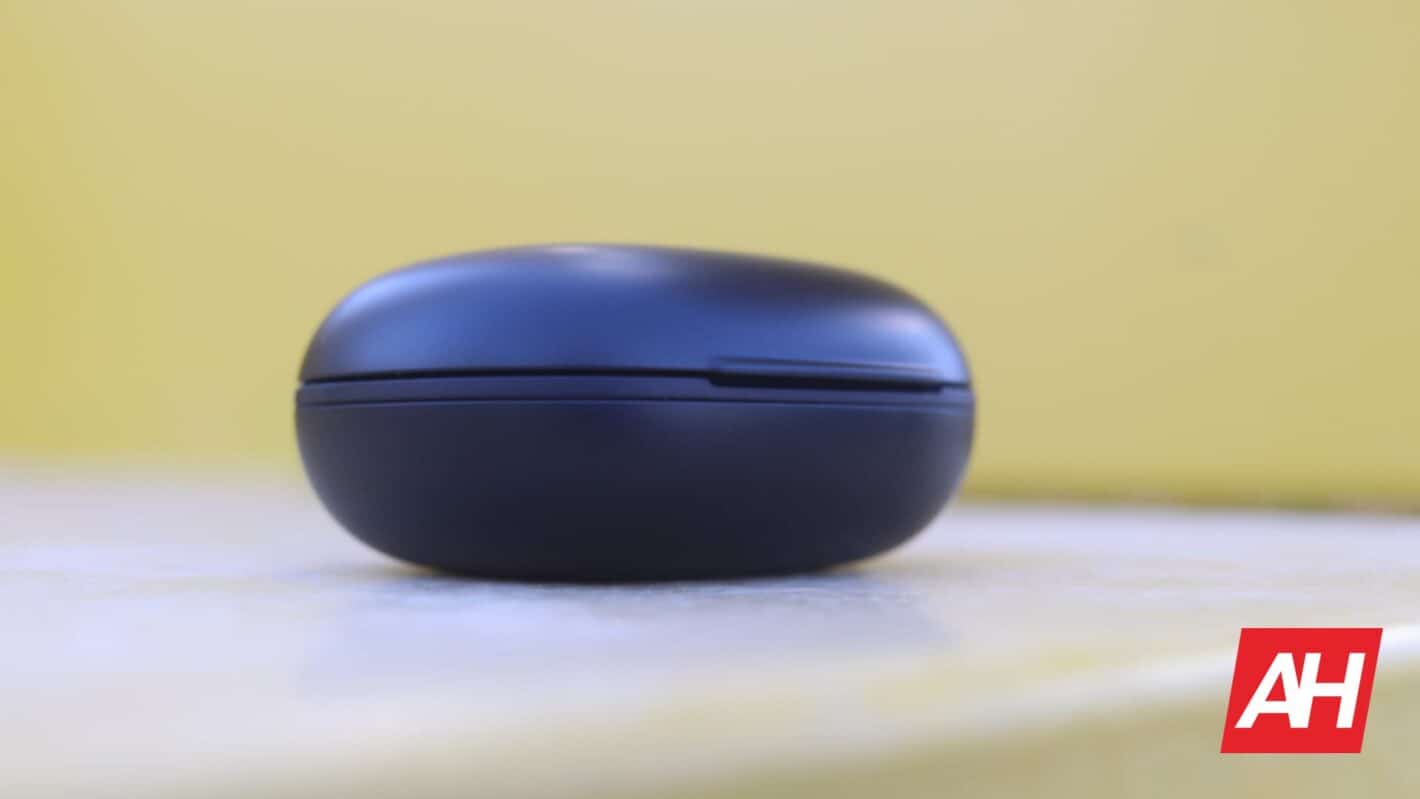 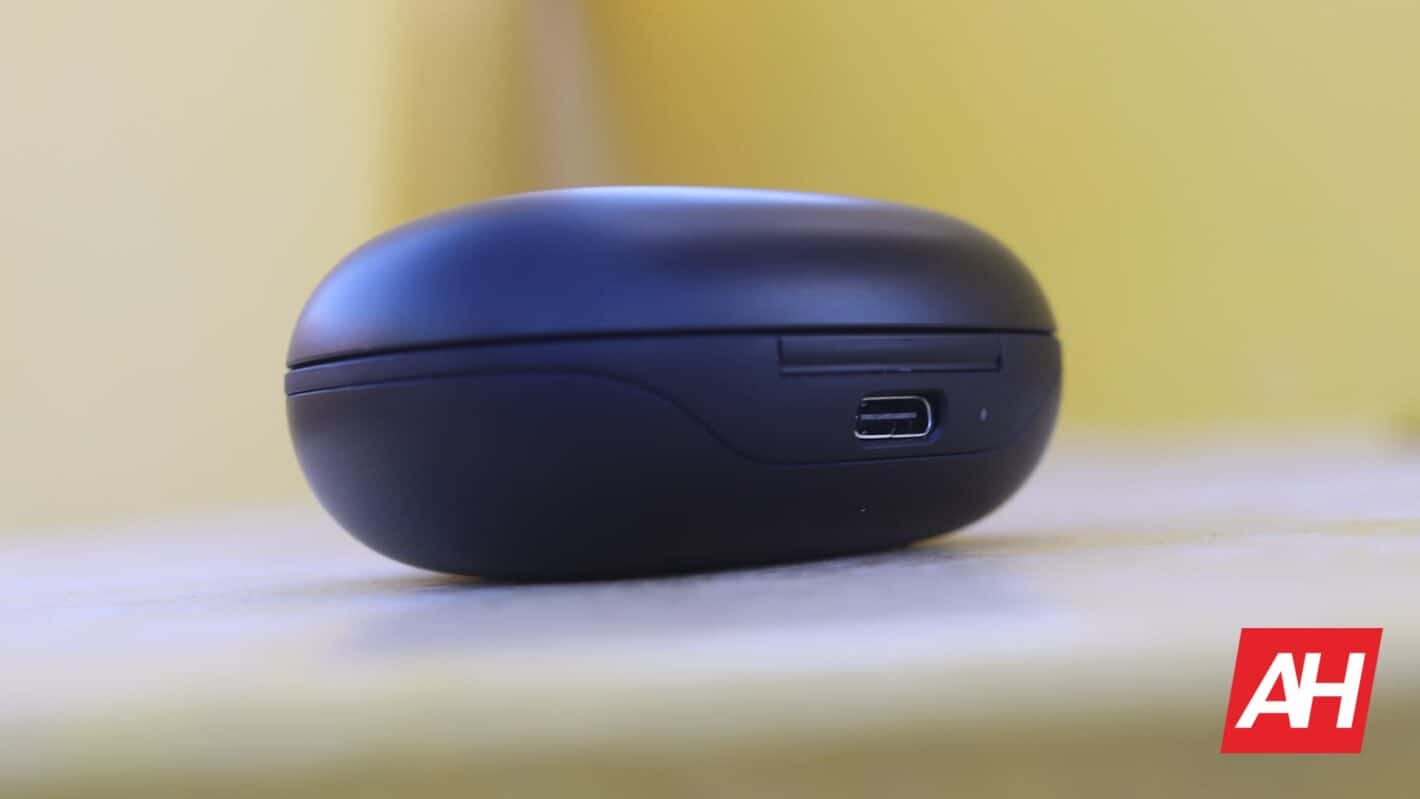 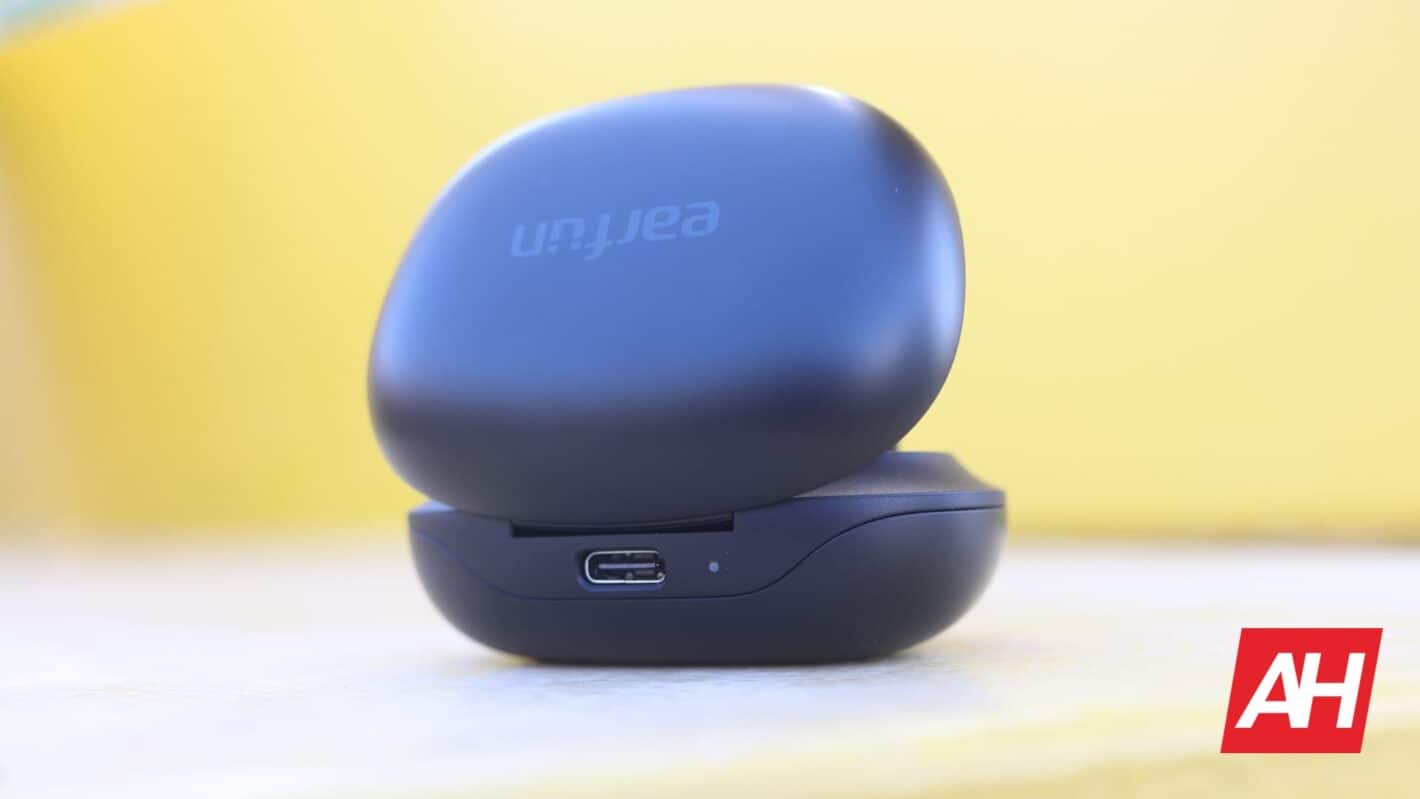 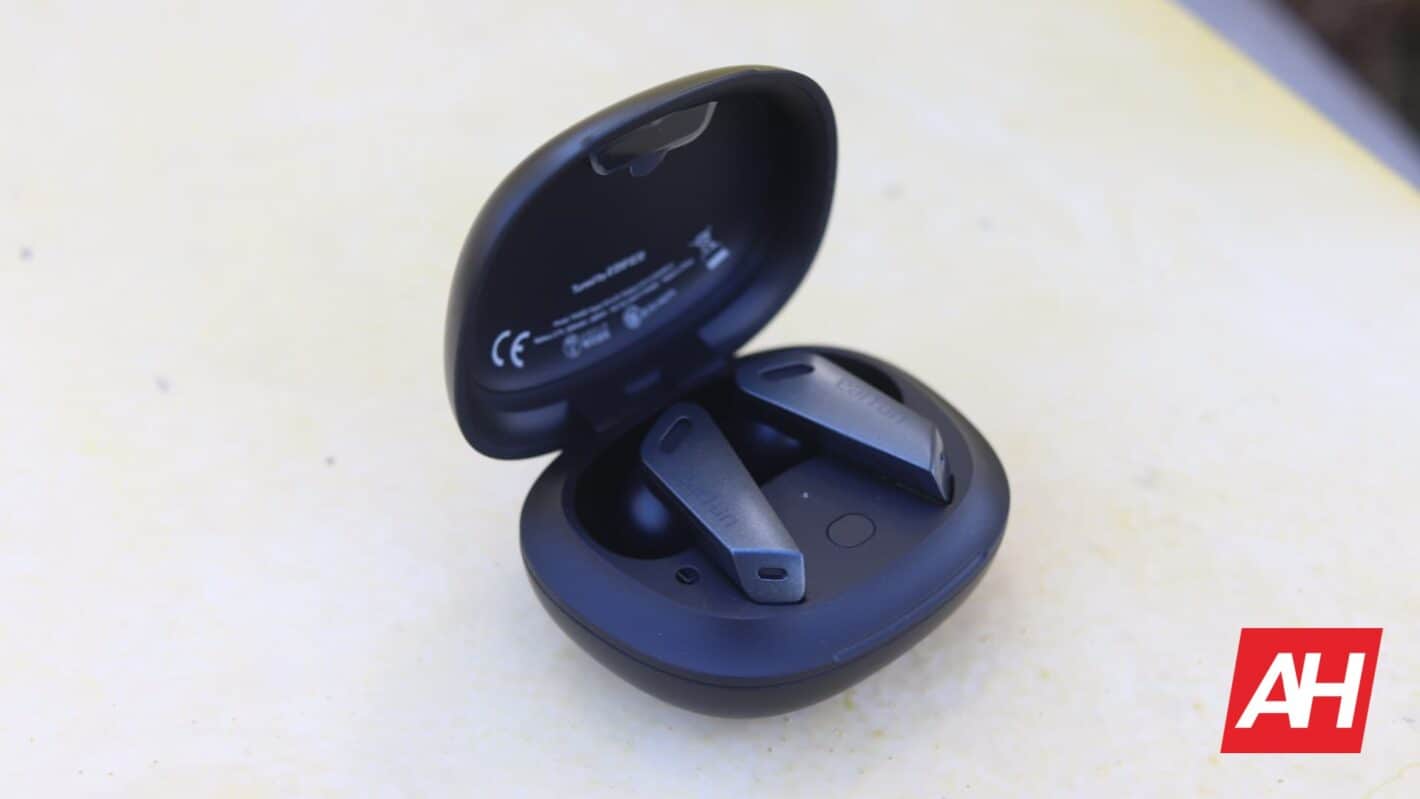 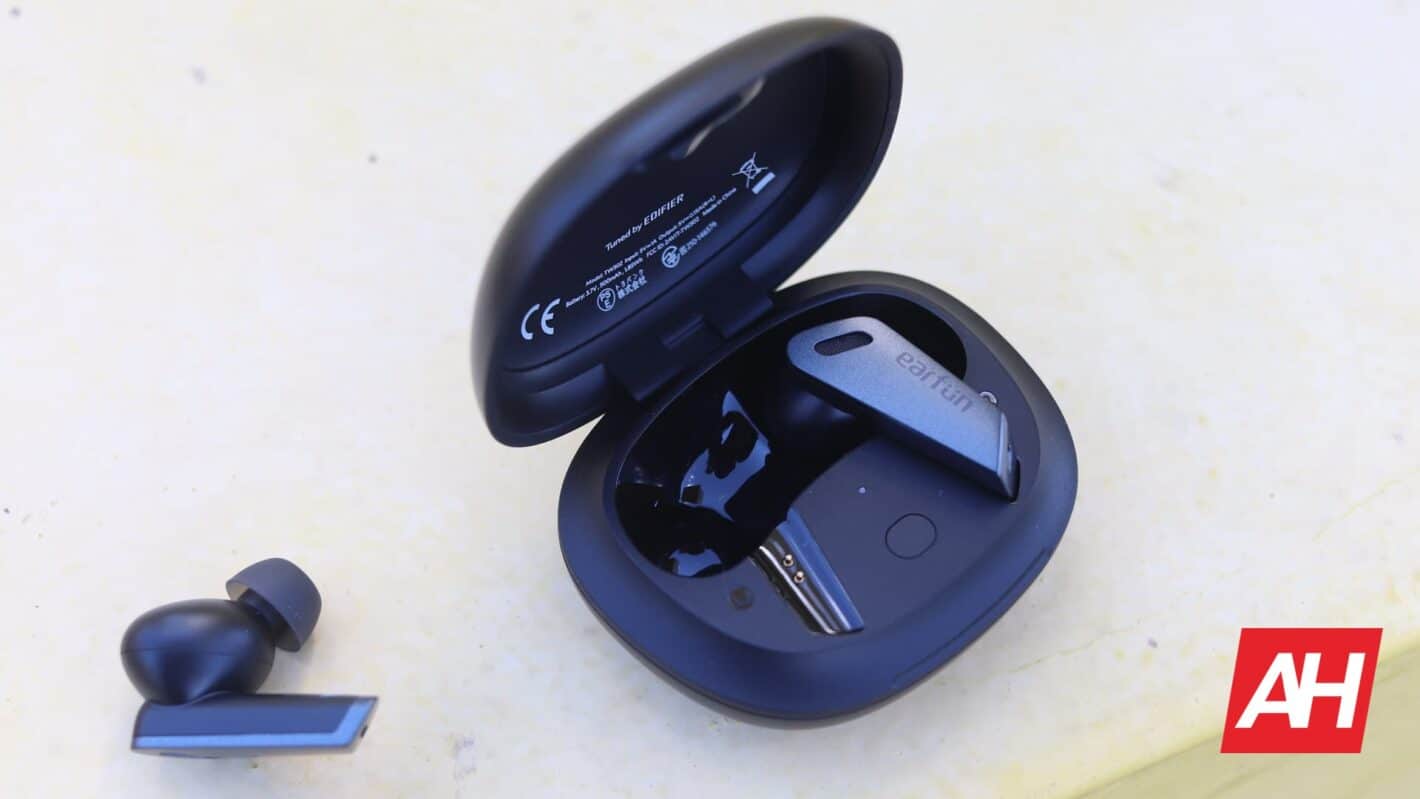 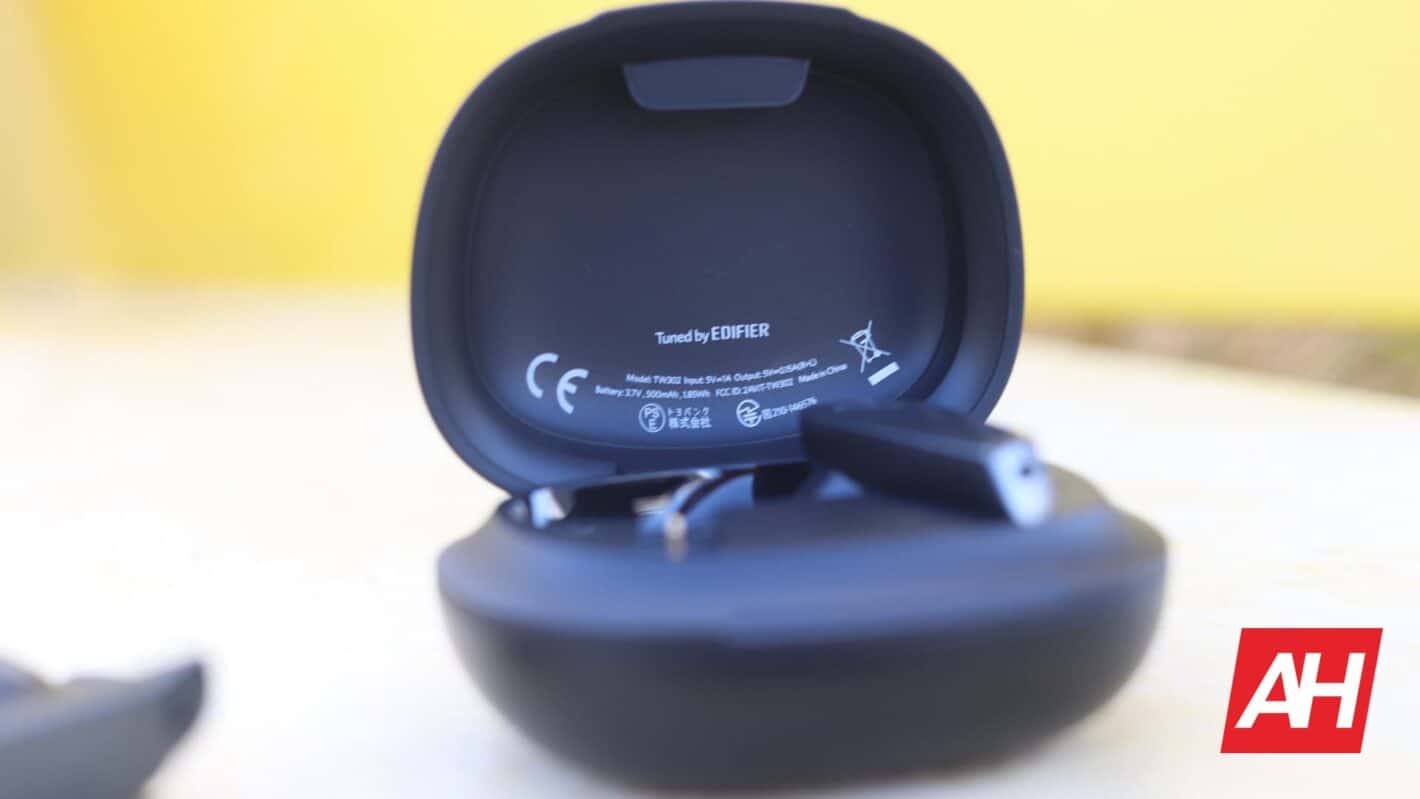 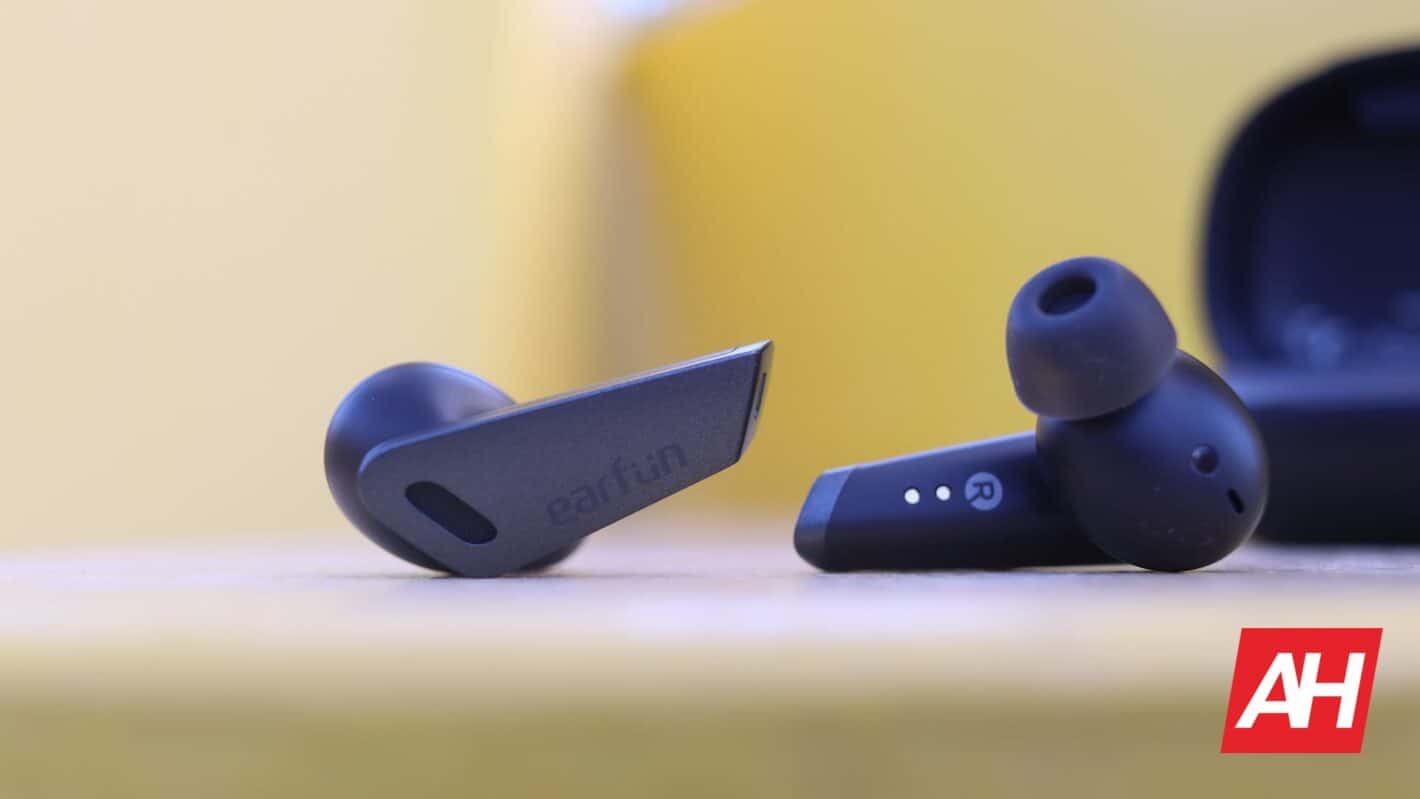 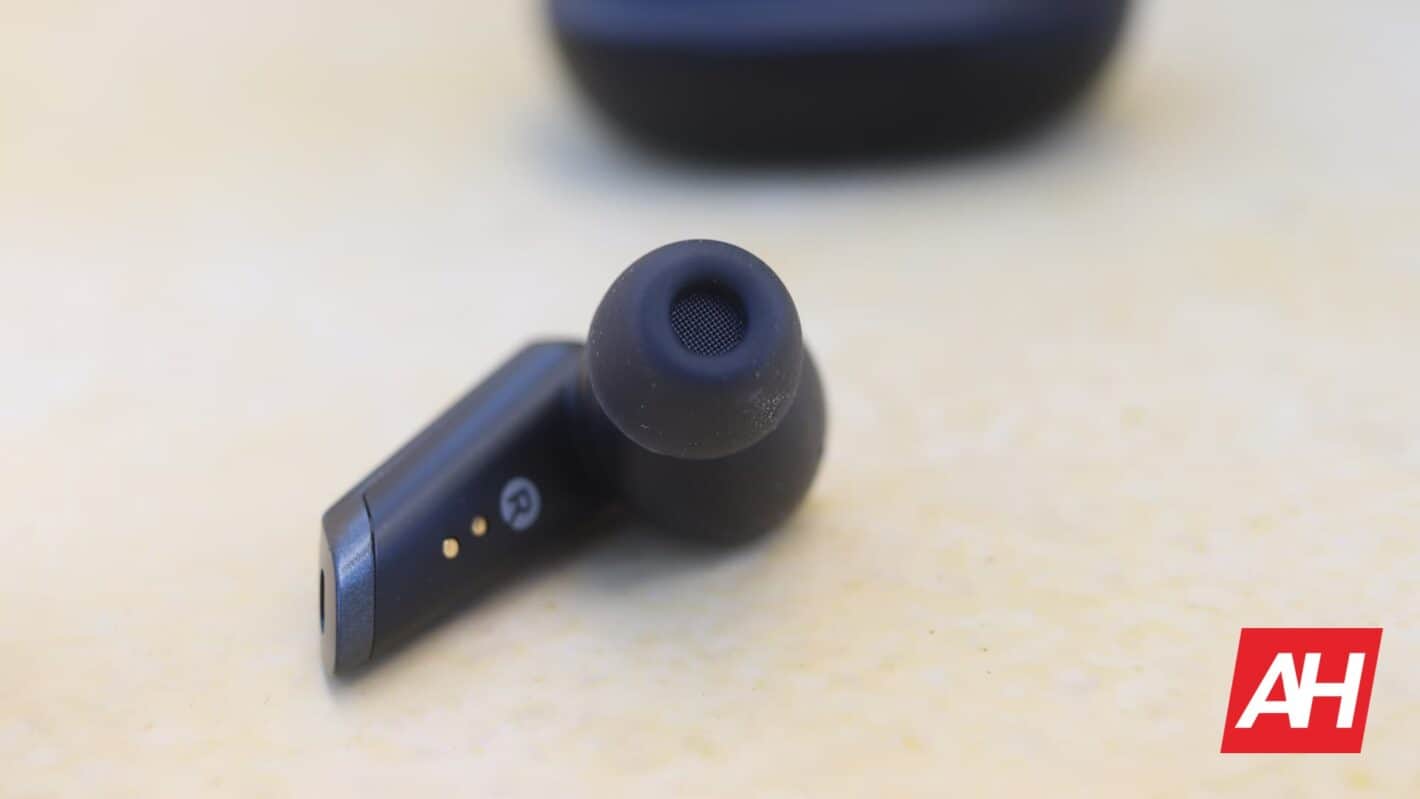 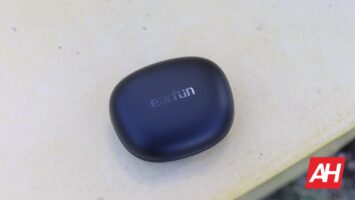 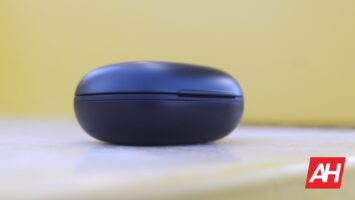 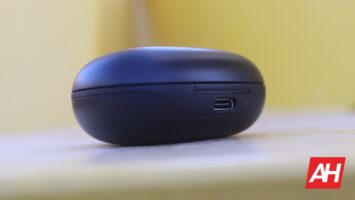 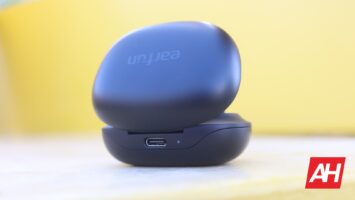 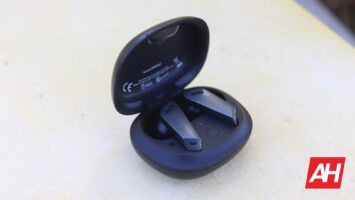 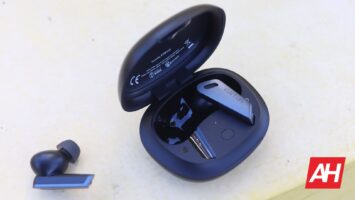 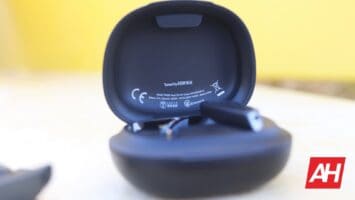 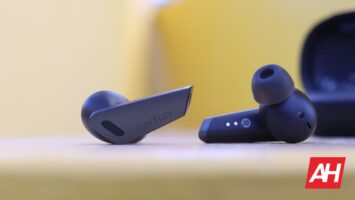 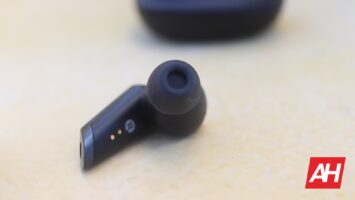 The fit of the earbuds themselves is exceptionally comfortable too, even when worn for hours on end. There are three differently-sized nubs to ensure a snug fit. And the weight is low enough that it’s easy to forget these earbuds are being worn.

Touch controls on the side are a little finicky, especially since the left and right earbuds control different things, respectively. Including easy access to a dedicated on-source AI such as Google Assistant, Siri, Bixby, or Alexa. So there’s somewhat of a learning curve to the functionality. But once learned, it’s easy enough. And it’s easy enough to get the hang of without having to press a physical button to put pressure on the earbud and ear.

One of the only drawbacks aside from the steeper-than-average learning curve is the fact that the case isn’t water-resistant. The earbuds themselves are. Up to IPX5 waterproof for splash, rain, and sweat protection. That should be more than good enough to wear these earbuds for a workout. But the carrying case and earbuds probably shouldn’t be kept or used near pools of water.

Thanks to active hybrid noise cancelation and some fairly novel hardware, EarFun Air Pro is actually well above its price in terms of quality. And that’s further helped by their tuning, performed by well-known and respected brand Edifier.

But talking about the four mics on each individual bud — feedforward and feedback —  Noise Cancellation up to 38dB and more doesn’t really tell the whole story. In terms of sheer quality in music, movies, and calls, EarFun Air Pro was a joy to review. At least, that’s the case unless Ambient Mode was used.

One of three modes, Ambient Mode allows external noise to pass through. And, in doing so, the audio becomes quite muddled. That’s as is to be expected, given that external noises are being brought forward and aren’t a part of whatever media happens to be streaming. But things are quite a bit worse than that here. Namely, because the ambient noise isn’t necessarily clear either.

Aside from that drawback, noise-canceling genuinely delivers with these earbuds and they don’t need to be turned up loud either for that to be noticed. And that means that just like in Normal Mode, bass thumps as hard as you’d probably want but doesn’t drown out mids or highs. The key difference is that calls can be heard in crystal clarity. With voice carrying through like I was talking on my phone rather than earbuds for the person that I had called.

Now, neither mode is going to come across as audiophile. But you’ll have to spend quite a bit more money to get that at any rate. These earbuds sound just about as good as can be for their cost. And, with the discount noted at the beginning of this review, EarFun Air Pro really is a steal.

How’s the connection and features?

Among the most useful features spotted during this review of EarFun Pro Air is the button inside the magnetically-closing lid. That button provides an easy way to reconnect to a new Bluetooth-ready source device with just a click. But that’s hardly the only special feature here.

For instance, EarFun has ensured that with just a few taps on one of the earbuds, you can get easy access to your AI assistant. The default service is set, of course, from the mobile device. But, once set, it stays set. So there’s no need to pull out the phone to get started. Taps on the opposing earbud shift between listening modes, as noted above.

On-ear detection, meanwhile, ensures that both earbuds stop playing if you take one out. Or, you can start out listening to just one — either left or right — and only listen via that one. Moving between the different ways to listen is as intuitive and seamless as any listening device I’ve ever tested. Even in the much higher price brackets.

Setting aside features, connectivity is a big plus with these earbuds. Unlike many others that I’ve had for review, EarFun Air Pro doesn’t start cutting out when there are a few walls between the source and the buds. When they do cut out, it’s not at an unexpected distance and there’s not a lot of garble to contend with. They simply cut out.

The connection, via 5.0, delivers near-lossless audio solidly, right up until it doesn’t. Or at the very least, EarFun Air Pro did for all of my test scenarios under this review.

What’s the battery life like with EarFun Air Pro?

It needs to be said that battery life is subjective. So my experience during this review of EarFun Air Pro is not necessarily going to be the same as what anybody else would experience. Bearing that in mind, these earbuds actually fell short of their claimed 25-hours — including the charging case, with noise-canceling turned on. They came in at around 22-hours.

The company claims that the earbuds will last as long as 32-hours with ANC turned off in either ambient or normal mode. That number, based on my experience, will almost certainly be accurate within a reasonable range based on volume and distance from the source device. I spent all of my listening time within around 20-feet of the source device. But these work at up to 15-meters — just under 50-feet.

For the duration of my test, I set the volume at between 40-percent and 70-percent. The former volume level, with noise-canceling active throughout the battery test, was almost too much for most circumstances. These are definitely louder than the average earbuds with the feature working. More than 70-percent felt excessive.

But, I leaned toward the higher volume regardless, to ensure that a good battery life persisted at any volume and with the most battery-draining feature turned on. One charge of the earbuds themselves netted between five-and-a-half hours and six hours, on average. And charging only takes ten minutes for up to two hours of listening. They take around an hour-and-a-half to charge completely.

The carry case, conversely, was almost spot on with what the company claims. Via USB-C, charging takes right around two hours.

Yes, you should buy EarFun Air Pro if you love high-value audio

Now, as noted at the beginning of this review, EarFun Air Pro is presently on sale for 20-percent off. That puts the price at right around $64 with the code “EFAIRPRO1” on Amazon.

At that price, these are probably the earbuds that anybody in the $100 price range should be looking at. But even at their list price of $80, it’s going to be a challenge to find another pair of truly wireless earbuds like these. Especially since they are only around $10 more than the standard EarFun Air.

That’s especially true when it comes to the hardware and tuning. But equally true with regard to the features and design language used for these buds. Capping that off with a more than reasonable battery life, features like in-ear-detection, AI assistant access, and more, EarFun Air Pro is a high-value, high-quality piece of audio hardware that offers quite a lot of bang for very little money.