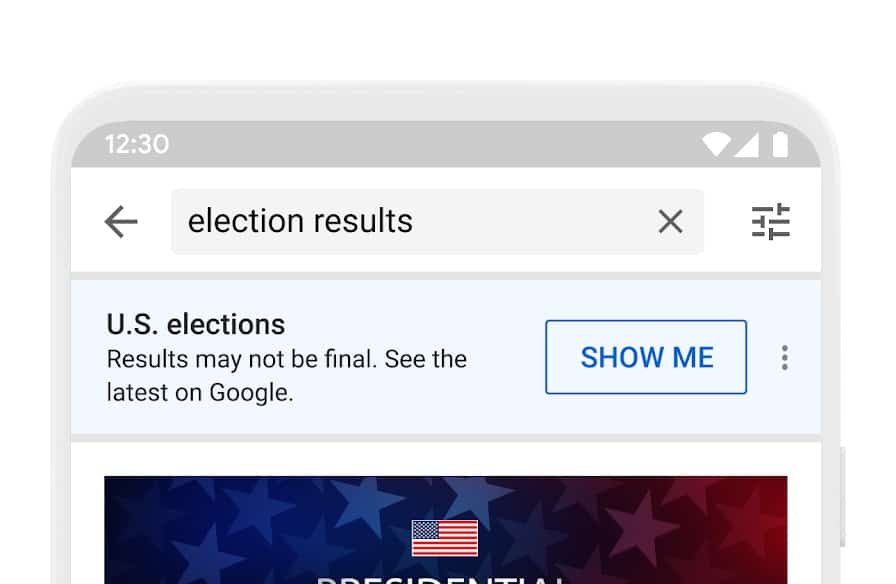 With less than a week to go for the 2020 United States presidential election, YouTube has announced a new measure to curb the potential spread of misinformation on the platform. The company is preparing an “information panel” at the top of search results for election-related queries as well as below election-rated videos.

Titled “U.S. elections,” the panel will read “Results may not be final. See the latest on Google”. A big “SHOW ME” button takes users to a Google election hub. Here users will see real-time, “authoritative” national and statewide election results. Google will be sourcing the data from The Associated Press.

The company has also said that it’ll elevate authoritative news agencies such as CNN and Fox News in search results as well as “watch next” panels. A “shelf of live streams” from authoritative news partners will let users watch election night unfold on the platform.

YouTube also promises to work around the clock to limit the spread of misinformation on the platform. “We remain vigilant, and are committed to maintaining the important balance of openness and responsibility, on Election Day and beyond,” said Leslie Miller, VP of Government Affairs & Public Policy at YouTube, in a blog post on Tuesday.

YouTube announces yet another measure to curb election misinformation

YouTube is one of the many online platforms that people rely on to get election information. Several news channels would be running round-the-clock live streams of election coverage on the platform. Many politicians also often take to YouTube to communicate with voters.

With this in mind, Google has announced several measures to ensure that viewers are always getting the right information. The company will be temporarily pausing political advertising after the polls. YouTube also recently announced measures to ban conspiracy theories that could result in real-world violence.

And not just Google, but other social platforms such as Facebook, Instagram, and Twitter have also announced similar measures. Facebook has blocked new political ads a week ahead of Election Day. Twitter and Instagram, meanwhile, have been labeling accounts of government officials and state-backed media houses to help users make informed decisions. 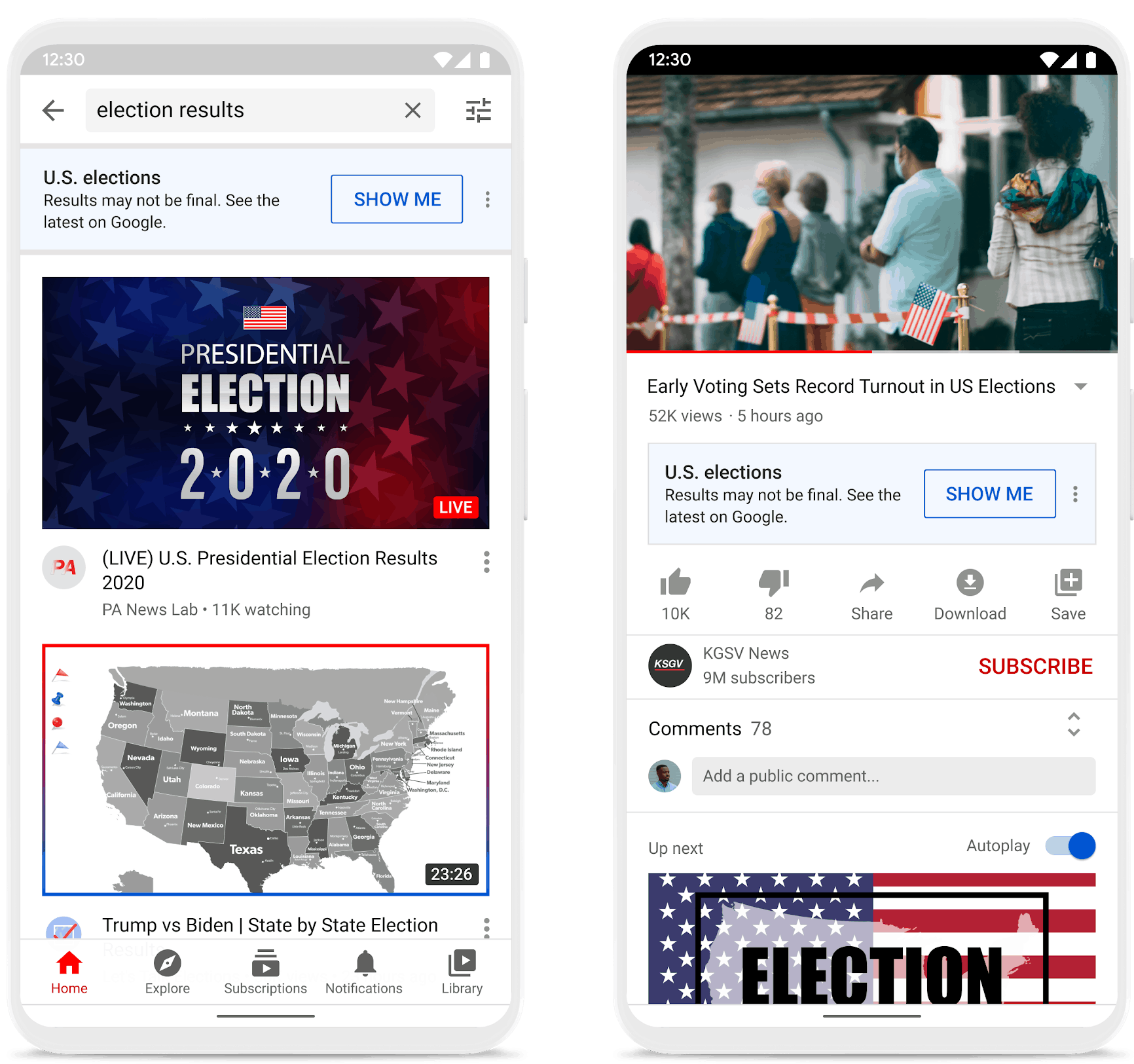