Skip to content
Advertisement
Trusted By Millions
Independent, Expert Android News You Can Trust, Since 2010
Publishing More Android Than Anyone Else
24
Today
176
This Week
549
This Month
3808
This Year
113855
All Time
Advertisement Huawei is planning to announce its new flagship smartphones today, along with some additional hardware. The company will announce the Huawei Mate 40 flagship series, and it will live stream the whole event in a video format, on YouTube, so you can watch it, live.

The event will start in an hour, at 2 PM CET / 8 AM EST / 5 AM PST. Those of you who are interested can keep track of what’s going on via the link that is embedded below. Huawei will live stream this event on its official YouTube channel.

Watch the Huawei Mate 40 series announcement, which will deliver some accessories as well

That being said, the company is planning to announce the Huawei Mate 40, Mate 40 Pro, and Mate 40 Pro+ as its main flagship smartphones. That’s not all, though, as the Porsche Design variant of the P40 Pro will probably also be introduced. 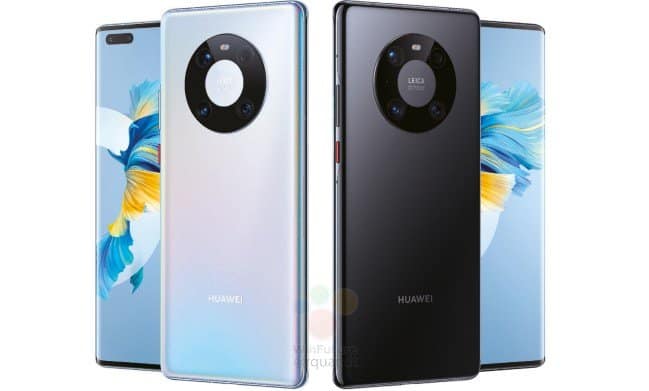 That being said, two wearable devices will also be a part of the announcement, according to rumors. The FreeBuds Studio headphones have been rumored, along with the Porsche Design Huawei Watch GT 2 smartwatch.

Coincidentally, that will probably be the company’s main flagship. The device will be made out of metal and glass, and it will feature a curved display. It will include a pill-shaped display camera hole, and a round camera module on the back.

The Kirin 9000 is expected to debut as well

A 6.76-inch OLED display is rumored to be included, and it will offer a high refresh rate. The Kirin 9000 is expected to fuel this smartphone, while the device will ship with Android 10 out of the box. Google services will not be included.

The device is also expected to offer a truly compelling camera setup on the back. A periscope camera will probably make a comeback, as will Leica’s lenses. The event is only an hour away at this point, so stay tuned.