Motorola has been trying its best to survive in today’s competitive smartphone market. And as per the latest reports, an unknown device from the OEM, called Motorola Kiev seems to be under works.

Besides, some live pictures and specifications of the Motorola Kiev have been leaked by Slashleaks. As per leaked specifications, the phone is going to be a mid-range 5G smartphone from the house of Motorola.

Notably, the frequency at which Motorola has been releasing new smartphones has seen a decline. It seems like the company wants to venture into the newfound category of mid-range 5G smartphones.

However, it was previously reported that the phone will pack a Snapdragon 690 processor. It was rumored to be coming with 6GB RAM and 128GB internal storage.

But new reports that are coming in from Slashleaks suggest that the device will be equipped with Snapdragon 765G processor. The phone is set to launch globally as per the leaks.

The Motorola Kiev will come with a 48MP primary lens & a 5,000 mAh battery

Rumors are rumors. And anything that is said about an undisclosed device could very well be wrong. So, the information put up in this post should be taken with a pinch of salt.

If we go by leaked specifications, the Motorola Kiev will pack a quad-camera setup. The primary rear camera will be the widely popular 48MP lens. Information about other camera lenses is still under wraps.

As far as the battery of the device is concerned, it is expected to pack a 5,000 mAh battery. It could very well be true, as there is a serious trend of providing huge batteries with mid-range phones these days. So, Motorola may have well also joined the bandwagon.

The storage is rumored to be of 128GB capacity and will support UFS 2.1. The screen on the Motorola Kiev may have 1080×2400 pixel resolution and AMOLED HDR Display.

In the leaked images, that display the front of the device showcases a Camera Cutout. It will definitely house the front selfie camera. Talking about the software, we expect if this phone materializes, then it will run on Android 10 out of the box.

Motorola phones are known to run close to stock Android UI. So, there will be no change on that front. As already mentioned, these are all rumors and nothing concrete can be said about these details until something official pops-up.

We will keep our eyes on the lookout for anything official about the Motorola Kiev. Till then, stay tuned to Android Headlines. 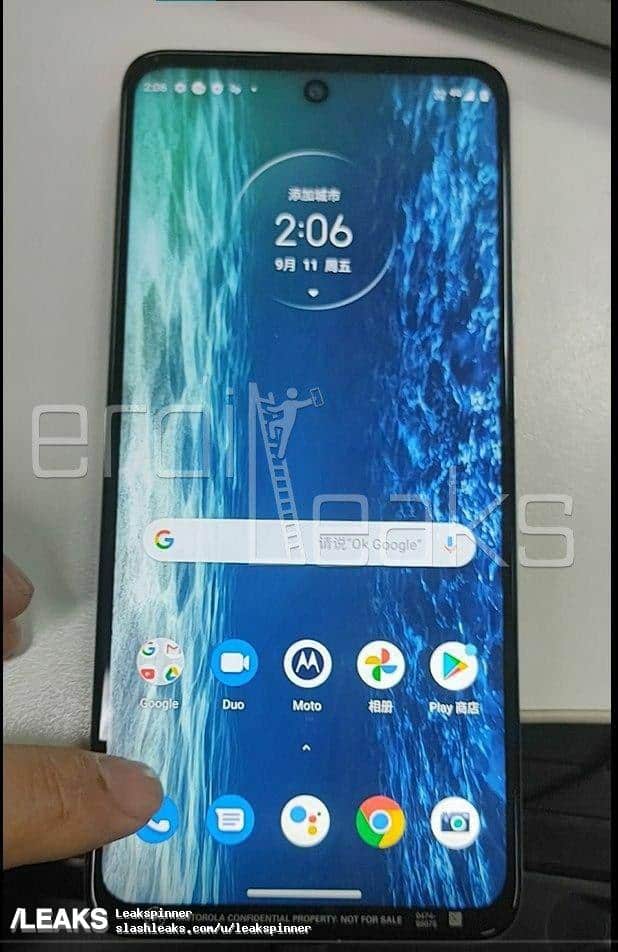