Over the last few years, Microsoft has made huge strides on the Android platform by offering many popular apps through the Google Play Store. Microsoft-owned Swiftkey is one of the most popular third-party keyboard apps available for Android users. According to a new report, the latest beta version of the Swiftkey app gains a new clipboard sync feature for syncing with your Windows 10 devices.

Users can now copy the content on their smartphone and paste it directly onto their PC. As of now, there is not much information available on how this feature is going to work. From the screenshots posted on Twitter by @alex193a, the copied content is mentioned to be transferred to the cloud.

Swiftkey to bring Windows 10 clipboard sync to all Android devices

Notably, there is no confirmation on whether clipboard sync happens in both directions. Prior to this, the Redmond giant had offered a similar feature exclusive to select Samsung Galaxy smartphones via its Your Phone app. Adding this feature to the keyboard app makes it available on all Android smartphones.

With the Swiftkey keyboard app, there is no need to use Your Phone app for syncing. However, users do need to select Swiftkey as the default keyboard. Also, the "Sync clipboard history" option needs to be enabled on Windows devices to make this feature work.

No official confirmation about the public release

The Swiftkey app also has an option to show the last copied clipboard content on the prediction bar. Even though the option was spotted on the latest beta app, it is not available to all users. Since this is currently under beta testing, there is no guarantee that it will eventually make it to the public release.

If you are concerned about privacy, there is not much to do but just trust Microsoft's privacy policy. Since everything now syncs to the cloud, users might have to think a bit before copying sensitive information like passwords and banking details. The app offers an incognito mode where the keyboard turns black and turns off saving any clipboard data.

In the last few months, Microsoft also made several changes to its keyboard app. The company rebranded the app as Microsoft SwiftKey keyboard in May this year. It currently has over 500+ million downloads with an overall rating of over 4.3 stars. Swiftkey is one of the best alternatives to Google's own Gboard keyboard app. 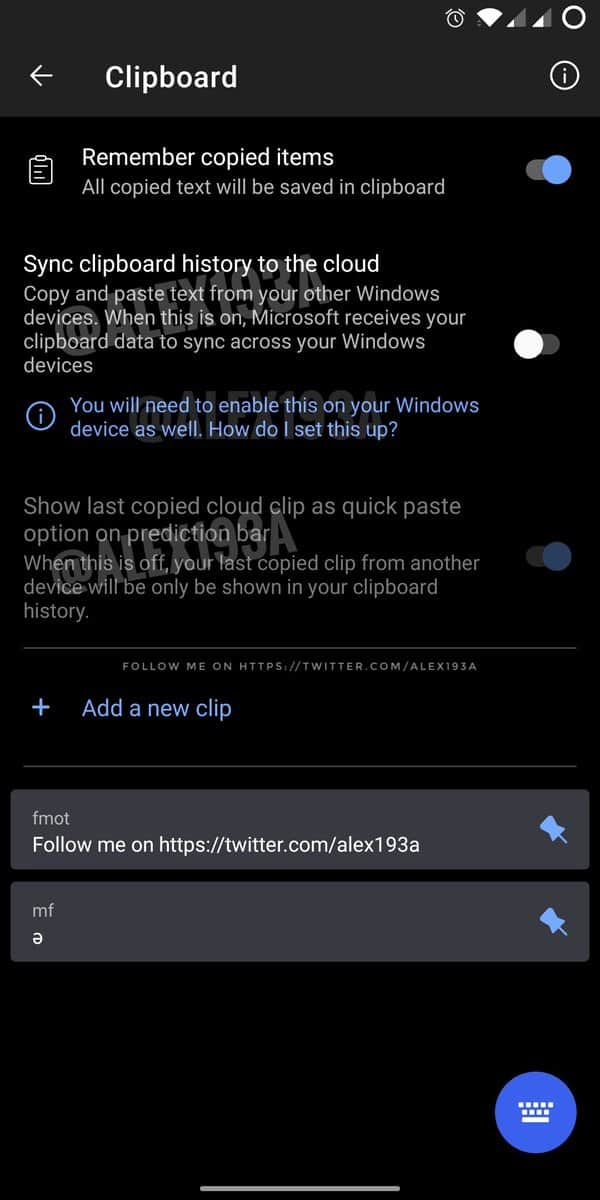 Advertisement
Trusted By Millions
Independent, Expert Android News You Can Trust, Since 2010
Publishing More Android Than Anyone Else
12
Today
155
This Week
613
This Month
1287
This Year
111396
All Time
Advertisement