The smartphone market share has changed drastically over the last 10 years. That is something CompararAcciones’ new chart is showing us. The company released some truly interesting information, based on data provided by IDC.

The company shared smartphone market share percentages for the top five companies from 2009 until now. To be more accurate, it released quarterly information from the fourth quarter of 2009, until Q2 2020. This is some truly interesting information, as things have changed drastically in the last 10 years.

Huawei and Samsung are at the very top of the pecking order in Q2 2020, at least as smartphones are concerned. The two companies had the highest smartphone market share percentage in Q2 this year.

Huawei is actually topping the charts with 20-percent, while Samsung is a close second with 19.5-percent. Apple is third with 13.5-percent, while Xiaomi is behind with 10.2-percent. OPPO managed to squeeze itself into fifth place with 8.6-percent. All the other companies are holding 28.2-percent of the market.

Now, if we look way back to 2009, Huawei was not even on the map, and Samsung was at only 3.3-percent. Nokia was the absolute king of the market, with Sony and Apple being second and third companies.

You can easily see changes that occurred over the years in the chart provided below. You will notice some immense changes took place, as some companies grew a lot, while others almost disappeared.

You’ll also see HTC was a major player for a couple of years from 2009 until 2012. We all know that things didn’t go that well for HTC’s smartphone business after that.

This chart also reveals that Samsung held the largest piece of the smartphone market back in Q3 2013 with 32.5-percent. Huawei’s best placement is actually Q2 this year, while Apple’s was in Q4 2011 and Q1 2012 with 23-percent.

The said chart is placed below, so that you can check out the details for yourself. The market changed drastically over the years. 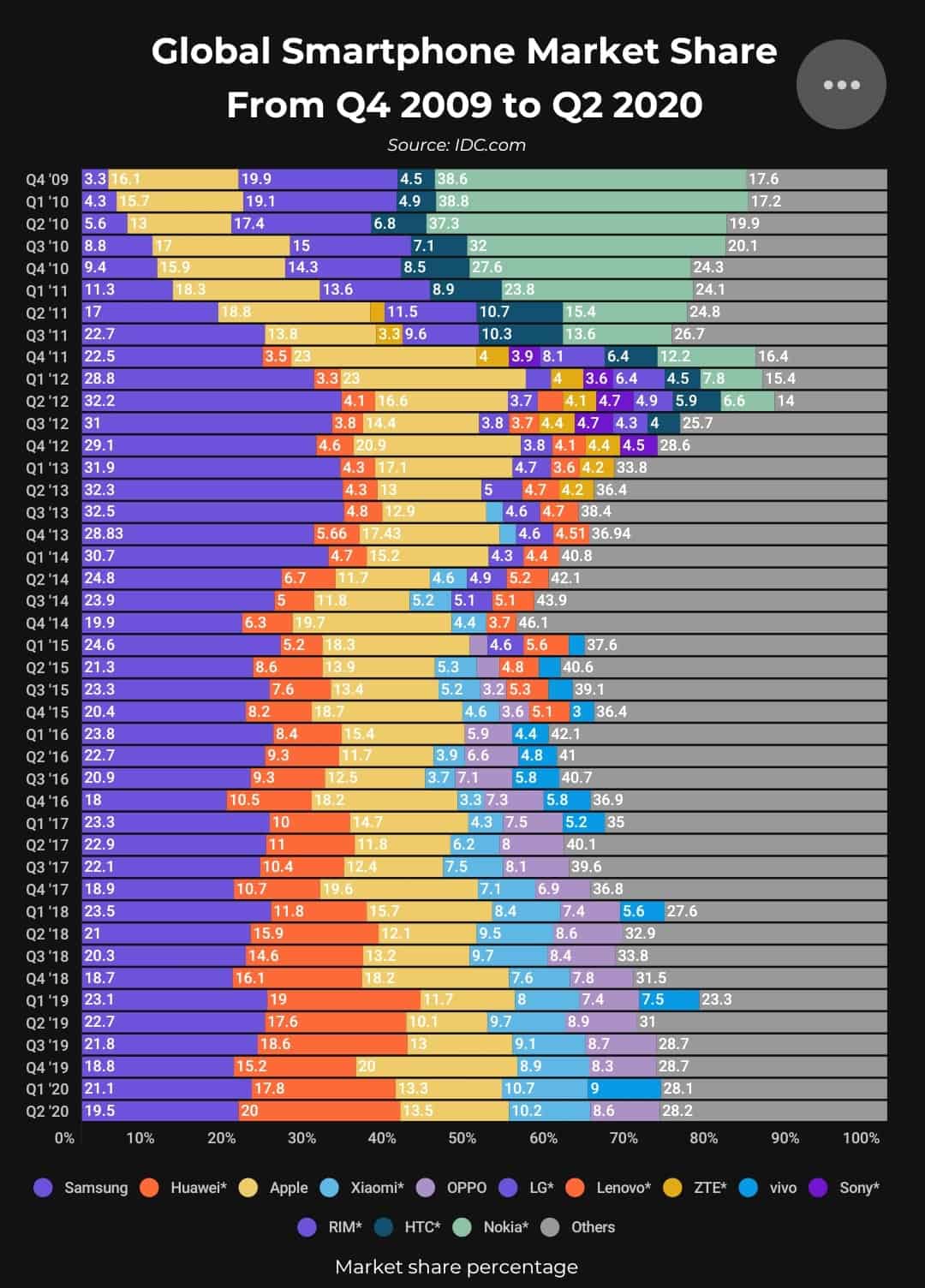