The Sennheiser CX 400BT are an excellent example of premium audio done right for the true wireless earbuds market.

With so many different options out there for true wireless earbuds, you might wonder why you'd ever want to spend the amount of money it takes to buy the Sennheiser CX 400BT.

At a price tag of $199, these aren't cheap earbuds. Then again a lot of Sennheiser's top-tier products aren't available on the low-end in terms of price. So why spend $199 on the Sennheiser CX 400BT when you can pick up a relatively decent pair of true wireless earbuds for $100? True premium audio. It's as simple as that.

Sennheiser has been around since 1945. And since that time it's been increasingly delivering some of the best audio products on the market. It's entirely possible to get a pair of headphones or earbuds that sound good for less than what these earbuds cost. Trust me though when I say that once you consistently listen to a higher quality audio, it's hard to go back to something that's not as good.

Premium sounding audio isn't the only reason these are good though. And why I think they're worth the money. Though they are the main reason, there's a lot more that I'd like to dive into that solidifies these as an excellent pair of earbuds. Especially considering the price of Sennheiser's other premium true wireless earbuds, the Momentum True Wireless 2, which retail for $299.

Since these are $199, they're not really mid-tier earbuds. I consider them to be more in the middle of the top-tier. And while they might be missing out on a feature or two, I believe Sennheiser makes up for it with the focus on how good the sound is.

These certainly sound better than any of the other true wireless earbuds I've tried recently. And better than some pairs of on-ear headphones. With Sennheiser's 7mm dynamic drivers inside, you get high-fidelity audio with some really hard-hitting bass and natural mids.

The earbuds provided quite clear sound across the variety of things I've been listening to lately. From the deeper bass on tracks from Joji's Nectar album to the gritty guitar riffs of MGK's Tickets To my Downfall, audio was clear and defined without having to tune the EQ. Which means you can slide these in and change from genre to genre and things will still sound great.

Though tuning the EQ would lead to a more personalized sound experience. If that's something you want. The point is that you don't have to mess with that feature for these to sound good. Just if you want to make the most of them.

Whether you choose to do that or not, the only thing more clear than the sound you get from these is how enjoyable the experience is. If you thought you loved music before, you'll love it even more after trying these out.

What features is it missing? For starters, there's no active noise cancellation. And there's no noise pass through, which means if you want to talk to people, you have to take these out.

That seems like a simple enough thing to do. And in many cases it might be. Personally though, I tend to wear these when I go out grocery shopping. Having noise pass through would make it much easier to get done what I left the house for in the first place.

As I wouldn't have to to take one earbud out to talk to the cashier. Because I do, I either place it my pocket or tightly clutch it in my hand to ensure I don't lose or drop it. The noise pass through is a convenience thing. And although I can I get by without it, it would be nice if it was there because it is such a useful feature to have.

The active noise cancellation is less of an issue, because you can more or less get a similar effect by turning the volume up. But it would still be a good feature for times when you're close to a bunch of other people. Like on planes.

Not having these doesn't make it a deal breaker. It would be nice to have them, but all the other good things about the earbuds outweigh these two missing features.

This was one of the more interesting features that caught my attention. Sennheiser already has a clearly defined set of touch controls.

But it appreciates that some users may want to tweak things to be a littler more to their liking. Maybe you want to swap around the controls or maybe you simply want to remove a couple of them.

For example, one tap on the right earbud activates your voice assistant. Maybe you don't want this touch control active at all. Inside the companion app you can go to the custom controls menu and simply remove this one in particular.

Some people might find it easier and more efficient to set the single taps on either ear to change tracks, instead of having to double tap. You can do that too. If these weren't included it wouldn't make the earbuds worse. But having them does add a quality of life improvement that feels like a "cherry on top" sort of feature.

You can also disable the touch controls altogether if you'd like. Though, I don't know why you'd want to since they're a big portion of the functionality. If you don't have them enabled, then you'll have to rely on always pulling your phone out of your pocket to hit pause, play, adjust volume, or switch tracks. Assuming you use these on the go in the first place.

Customize the equalizer for a more personalized sound

The Sennheiser CX 400BT are definitely good enough to listen to without even touching the equalizer. But, should you want a more personalized sound experience for your music, the customizable EQ is there.

It's one of the first things you see in the app after you've synced the earbuds to it. And tapping on it gives a range of options.

You can customize the EQ in a couple of ways. Either with a graphical control or with slider bars for the bass, mid, and treble. Use whichever one you feel is going to result in you getting closer to the personalized sound you want.

But either one will end up with similar sounding profiles. You can use this feature to set up 9 different audio presets too. Letting you truly customize the sound of each type of music you may listen to. Though I do highly recommend to start off with the neutral audio preset for a little bit so you get a feel for what it's like before changing anything.

This should help you find a better end result for the sound after attempting to personalize it some.

More than enough battery life for daily use 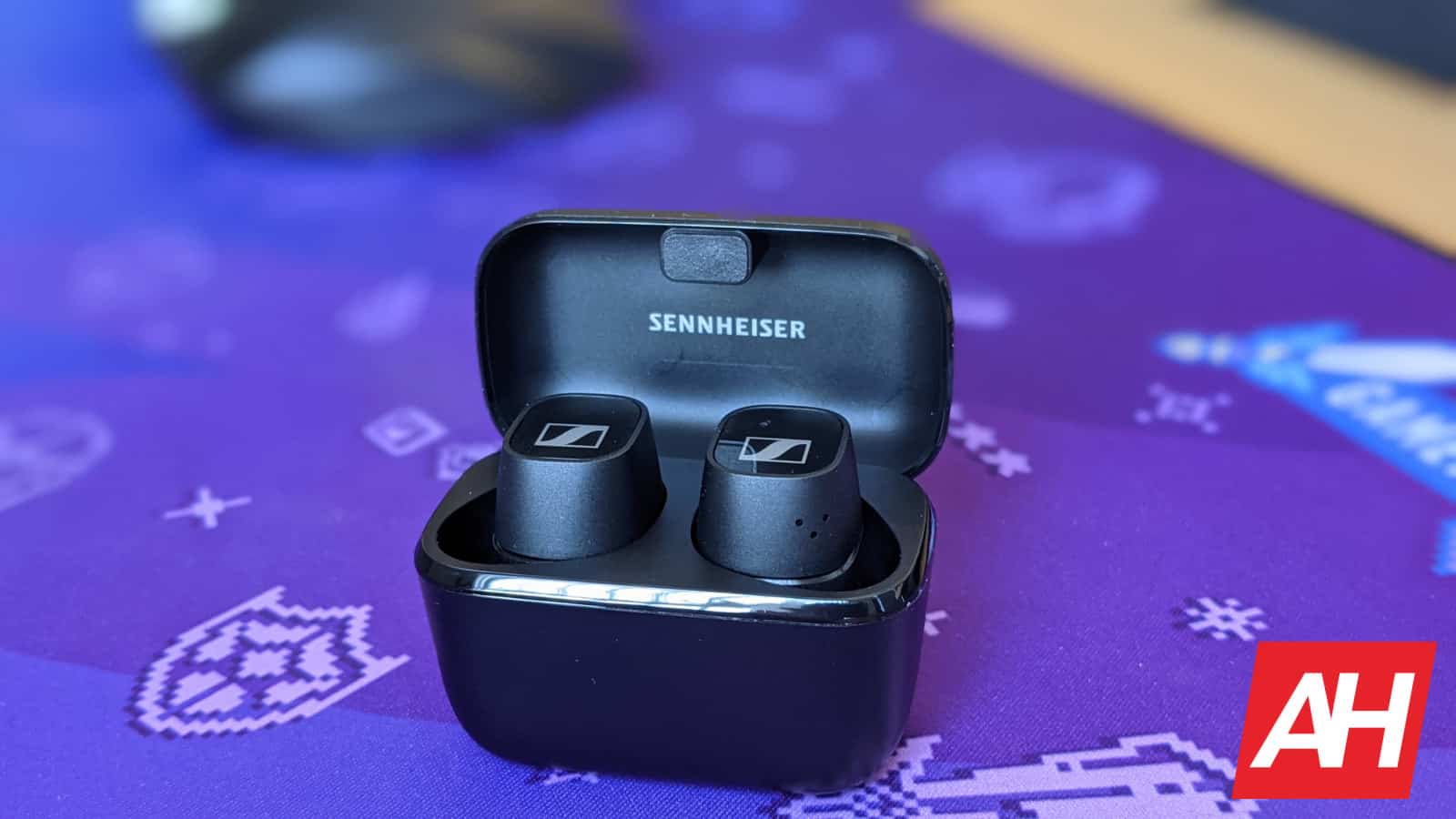 Sennheiser claims these offer up to 7 hours of battery life on a single charge. And while I didn't get quite that much out of them, I did manage to keep them pumping music into my ear holes for well over 6 hours.

Typically though I use these for about 3 hours at most. Then I toss them back into the charging case. Where they may sit until later in the day or until the next day.

The point is there's plenty of battery life for daily use. While there are certainly going to be some people who may use their earbuds for more than 7 hours a day, most people probably won't. I'll use them when grocery shopping, or when I go on walks or runs, even when cleaning. But none of those things take me more than a few hours at most. And often much less time.

With an additional 13 hours of battery life in the case, you've won't be having to charge these and the case fully for probably a week. There are earbuds that provide longer-lasting battery life, but I find it unnecessary as I've never used these like I normally would and found myself wishing I had just a little more time in them. 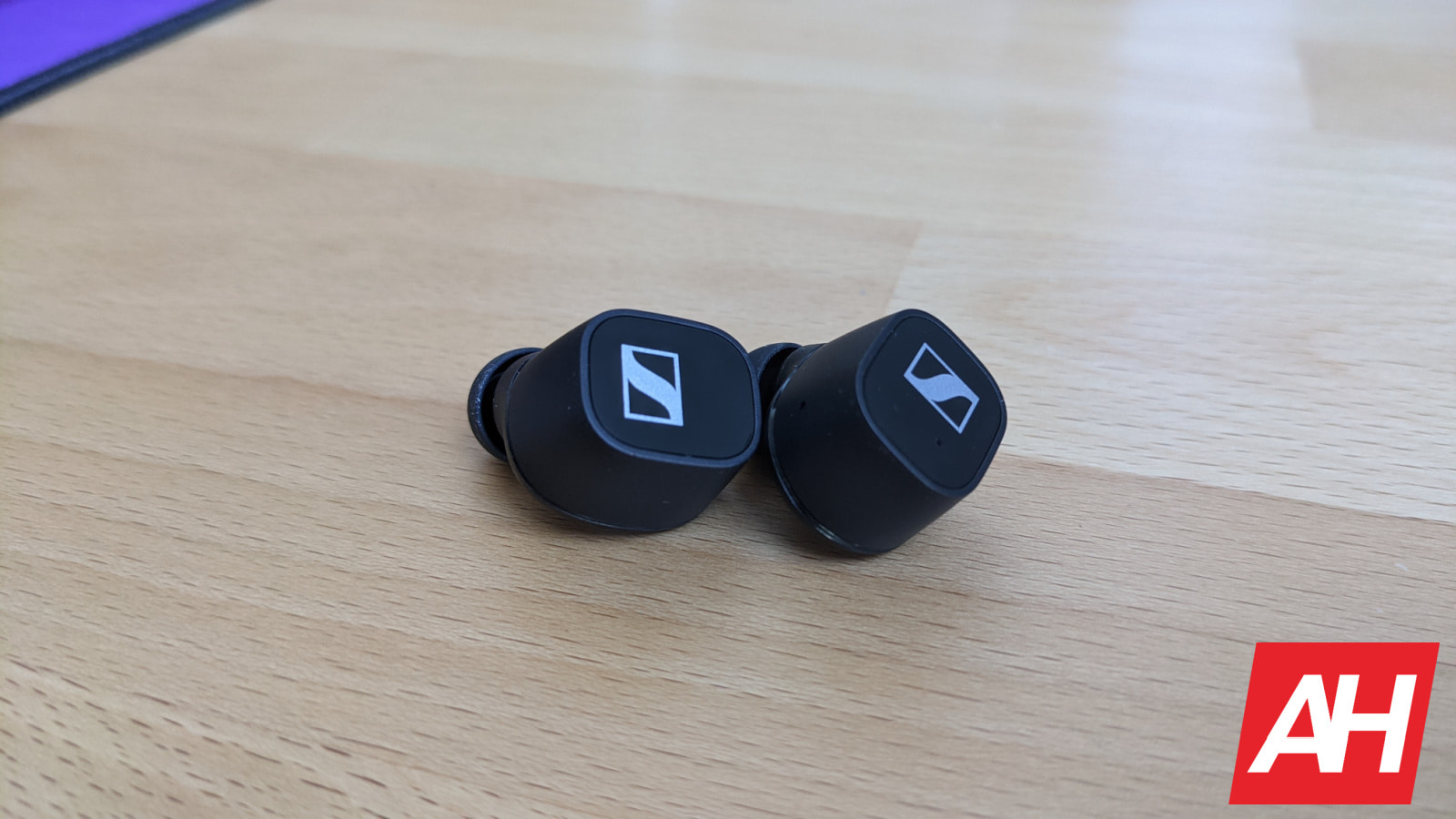 I'll be honest. I do wish these were a little smaller than they are. But I suppose that's the price you pay so to speak for the audio components that are inside.

I imagine it's hard to fit all of the tech inside that makes these sound as good as they do for the price that Sennheiser is asking. And if I'm bein even more honest, the size isn't that bad. They are bigger than I'd like but they don't really look massive in my ears.

Size aside the design is pretty minimal and that's something I've found myself appreciating more and more since I got older. I still have a love for some noticeable flair in my tech. But these days I really love a more minimalist design and that's what you get with the CX 400BT.

Whether you go with the black or white models, there's nothing too loud or "look at me" going on. No outside-facing LEDs or RGB lights, no hard angles. Just simple and clean design.

These also have a pretty secure fit in the ear. I don't think I ever had any issues with these falling out or jostling loose. So if you plan to use them on a run you shouldn't have to worry about losing them.

Should you buy the Sennheiser CX 400BT?

There are a few good reasons why you should buy these, but the only reason that truly matters is that they sound exceptional.

While still expensive at $200, the CX 400BT bring the same premium audio experience for less at the cost of a few features. Features that for better or worse, still don't take away from how good these sound no matter what you're listening to.

So, should you buy these? Yes. The quality warrants the price, and if you're willing to make a compromise to spend the money, you'll be happy with these. If not, there are still other good options out there that sound good an won't cost as much. But I wouldn't look for anything above $100-$125 if you're trying to save money.

Because anything above that and you might as well spend the extra cash and get these instead.