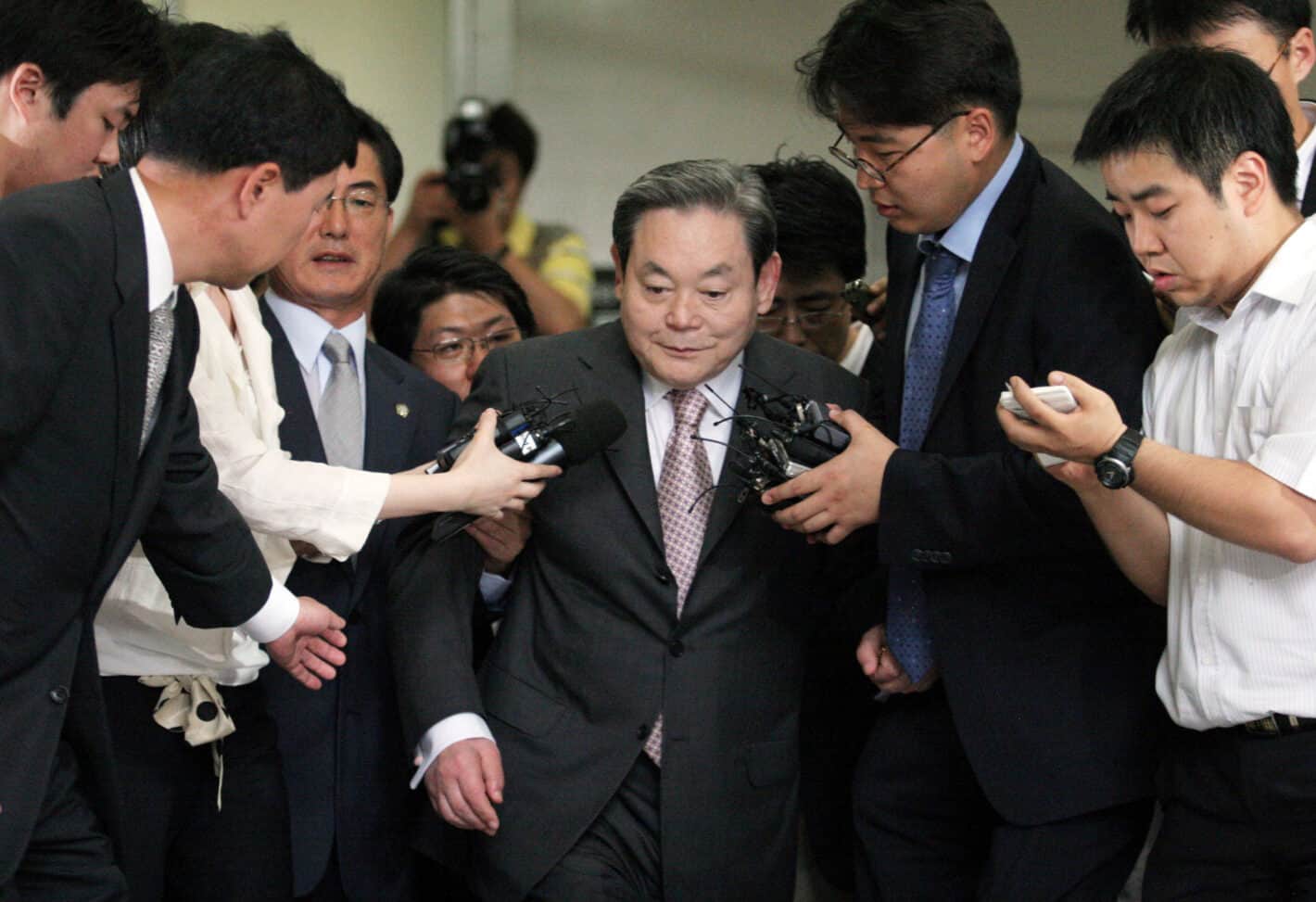 The man largely credited with transforming Samsung into the biggest smartphone maker in the world, Lee Kun-hee has sadly died aged 78. As reported by Bloomberg, Samsung has yet to mention the cause of his death but did say he passed away peacefully with his family at his side.

Kun-hee can take credit for transforming Samsung from a copycat company to what it is today. Under his leadership, Samsung has become the largest smartphone maker in the world. If it was not for a global pandemic they would have held onto that title for the entirety of 2020 as well.

Kun-hee had been hospitalized since a heart attack in 2014. He also received treatment for lung cancer in the 1990s. He has died with an estimated net worth in the region of $20.7 billion.

Samsung released a statement on the passing. Stating “Chairman Lee was a true visionary who transformed Samsung into the world-leading innovator and industrial powerhouse from a local business”.

Kun-hee’s heirs likely face an estate tax bill of around $10 billion. Reports suggest that paying it may cause complications with the family’s control of the Samsung conglomerate. This is because they may have to sell some assets to cover the cost.

Currently, the family owns large sways of the Samsung conglomerate. However, not enough to afford control meaning much of their power resides in soft ties to executives. Many think this may dissipate after Kun-hee’s death.

Lee was born on Jan. 9, 1942, in Daegu with his father opening the beginnings of the Samsung group. Lee took up rugby and wrestling as a teenager before graduating with a degree in economics from Waseda University in Tokyo.

In 1971, Kun-hee was chosen by his father to take over the company. He quickly moved into the semi-conductor industry in 1974, purchasing a 50% stake in unprofitable Hankook Semiconductor.

Kun-hee began the makeover of the company back in 1993 when he assembled top executives in Germany. This plan, known as the Frankfurt Declaration, focused on creating higher quality products even at the expense of sales.

He was a hard taskmaster, making his employees arrive an hour and a half earlier than normal to being work. In 1995, the made 2,000 employees make a bonfire out of 150,000 company products he deemed to not be up to standard.

Eventually, this cultural change produced results in the company. It took until the middle of the 2000s before Samsung become the top seller of flat-screen TVs.

Then in 2010 Samsung introduced the Galaxy-branded smartphone range. In 2012, Samsung became the largest seller of smartphones overtaking Nokia at the time.

Not every move the legendary figure made ended in success for the company. Samsung Motors inc. famously went into receivership just two years after its inception back in 2000.

He was also convicted of paying bribes to former president Roh Tae-woo in 1996. However, he was pardoned by President Kim Young-sam a year later.

He was also found guilty of tax evasion back in 2009. This resulted in a fine of 110 billion won and received a suspended three-year jail sentence.

However, Kun-hee received another pardon just a year later. This time it was so he could form a part of the team to get the winter Olympics to Pyeongchang in 2018.

Kun-hee briefly left the company in 2008 but retired in 2010. Here he stated the company was “facing a real crisis”. He demanded a new start which involved the investment of 23 trillion won into areas such as health care and solar batteries.

Samsung clearly would not have been the company it is today without Kun-hee. He was responsible for some major changes and his death may spark another if his family loses control of much of the company as a result of the estate tax.

He was a man not shy from political and legal controversy and did not aim to make friends in the industry. However, his mark is one we can certainly not ignore.