Samsung has always been one of the OEMs that gives a good range of customization options to its users. Good Lock is another app the lets you do that and guess what? It is receiving a new update.

Using Good Lock, you can customize your Samsung device in a number of ways. The app has received several updates since its arrival and is now getting tons of new features.

Good Lock is the go-to app for Samsung users who are into customizing the home screen of their devices. Moreover, the options and features that this app has been tremendous.

Let us take a look at the new features this Good Lock update brings for Samsung users.

The new Pentastic feature of Good Lock now lets you select themes, size, and even the sound of the S Pen pointer. You can set any theme, both audio and video, change the size of the tip and also the shape of the boring old circle pointer.

You can now get rid of the default Air Command mode by changing it to Air Command compact mode. Here the icons are placed in a more compact way. 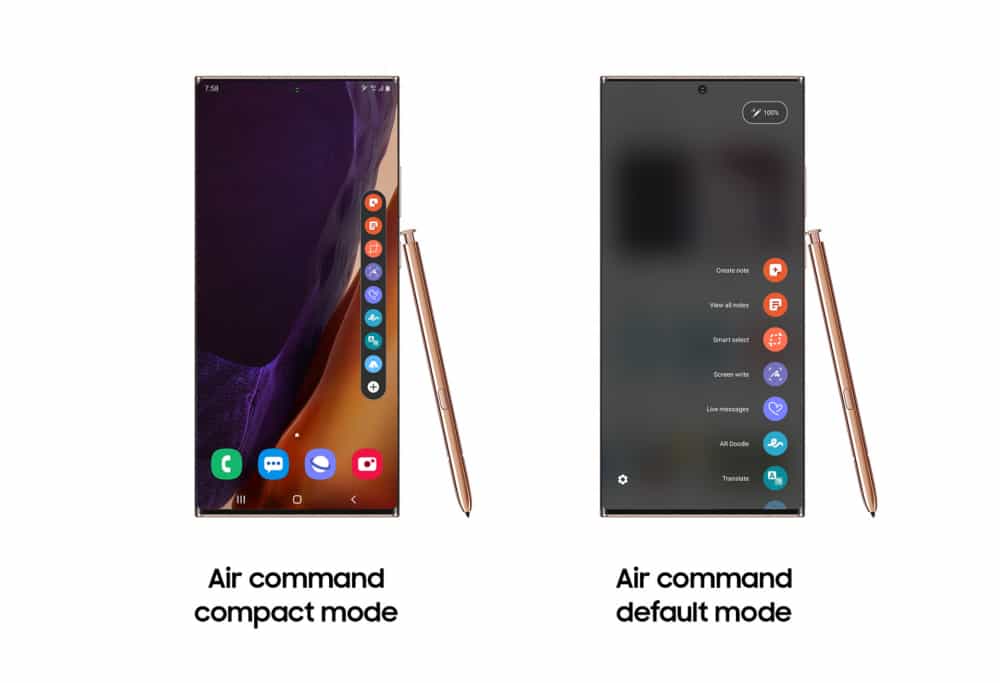 Besides, you can now set up your own dedicated S Pen shortcut. Meaning that you can now simply double-tap the S Pen on your smartphone screen to launch an app of your choice, keeping the S Pen button pressed.

Keyboards are the essence of why a smartphone exists. You use them for various functionalities and it is very important and pretty handy if you get some customization options for Keyboard as well.

Apparently, the Good Lock update brings the Keys Cafe feature that adds some curated keyboard customization options. Now, you can set the height, width, and position of the keyboard.

In fact, you can now even reorder the key layout as per your convenience. Moreover, you can also set themes and dynamic effects that will make your keyboard using experience much better.

There are some typing games to enhance your chatting skills and reduce those unwanted typos. However, do note that in order to use the Keys Cafe feature, the device should be running on One UI 2.1 or above. Foldables are not supported.

Customization of any smartphone begins from the home screen. And Good Lock update brings a new app called Wonderland. With the help of this app, users can create quick 3D wallpaper.

You can add some 3D effects and particles to any wallpaper or image of your choosing. Again this feature requires you to be running One UI 2.1 or above and foldable are not supported, yet.

As noted by the official post, "you can apply motion effects and particle effects and choose from a range of presets to create a moving wallpaper that is as unique as it is dynamic."

The Home Up app is also getting updated. It now provides you with more control over the sharing process. The Share Manager now lets you streamline your sharing commands.

Meaning that you can now hide the Share Nearby and Direct Share contacts to appear in one app, by selecting favorites in each one. It requires One UI 2.5+.

Additionally, the MultiStar app is also getting updated with the I ♡ Galaxy Tablet feature. With this feature, users can easily share their keyboards with their phones to ease out typing. Also, this requires One UI 2.5+.

Note that the Pentastic and Wonderland features are now available. However, the Share Manager and Keys Café are scheduled to roll out in early October.