Samsung is now rolling out the One UI 2.5 update to the mid-range Galaxy A71 smartphone. According to Sammobile, the latest OTA update is rolling out in several countries across Europe, Asia, and the Middle East. The company introduced Android 10-based One UI 2.5 with the Galaxy Note 20 series launch in August this year.

Samsung rolling out One UI 2.5 update to the Galaxy A71

The company is adding the support for Bitmoji stickers on the Always On Display. If you are still using the default Samsung Keyboard app, the new update will let you search Youtube directly with the keyboard search feature. Samsung is also adding a split keyboard feature in the landscape mode.

As per the changelog, this update also brings quality and stability improvements to the camera. In the connectivity department, the device will be getting some smart features. The devices running on One UI 2.5 will display the speed of the nearby Wi-Fi routers. They will be categorized as Very Fast, Fast, Normal, or Slow.

Users can also request Wi-Fi password from nearby contacts using Galaxy smartphones. The "Request Password" option will appear when entering the password for the chosen Wi-Fi connection. For the default messages app, Samsung is bringing a couple of SOS-related options.

First off, the updated app will allow users to share SOS location-sharing messages every 30 minutes for 24 hours to pre-selected emergency contacts. Another newly added feature will show an option to call any of those emergency contacts. Since it is rolling out to Galaxy A71 users globally, it might take a few more days to show up on all the eligible devices.

Meanwhile, interested users can also manually check for the latest update by going to Settings > Software update > Download. If there is a prompt for this new update, tap on the "Install now" button to download and install it. For the Galaxy A smartphones, the newly released One UI 3.0 update based on Android 11 is expected to be available by early next year.

The device was launched with android 10-based One UI 2.0 out of the box. As per the company's refreshed update policy, the Galaxy A71 is also eligible to receive up to three years of software updates. 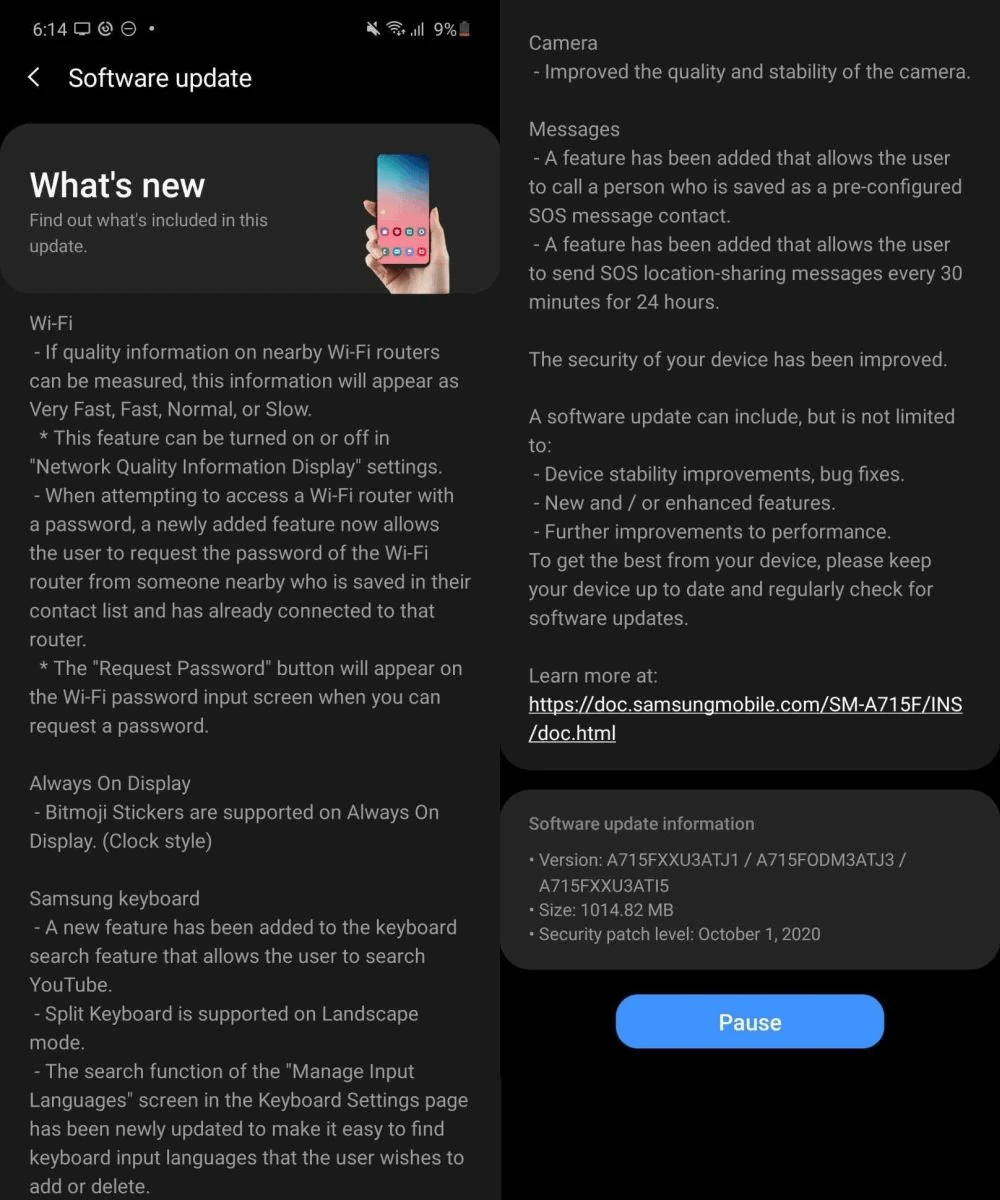