Multiple reports have indicated that Samsung’s upcoming Exynos 2100 flagship mobile SoC would arrive as a big upgrade over the Exynos 990, giving Qualcomm’s Snapdragon chips a run for their money. However, that isn’t the only upgraded mobile processor the Korean company is currently working on.

There’s no release time frame or spec details available at the moment. Samsung has only recently launched a 5nm mid-range chipset in Exynos 1080 and is gearing up to launch the Exynos 2100 in a few months. In all likelihood, the latter will arrive with the Galaxy S21 series, which itself is reportedly launching ahead of the usual schedule.

The Exynos 9925, however, may not arrive at least until 2022 although there are reports of Samsung launching an Exynos chipset with AMD graphics as early as 2021. The two companies signed a multi-year partnership last year. Under this partnership, AMD will license its RDNA graphics architecture to Samsung.

Some reports even suggest a 2023 release for the Exynos 9925. That estimate is because there’s an Exynos 9855 in the works as well. This chipset will likely succeed the Exynos 2100 (Exynos 9840) and launch ahead of the Exynos 9925, probably in 2022. Specifics of this processor are also a mystery for now.

With so much uncertainty around this report, we suggest you take this information with a pinch of salt. We can only be certain once Samsung makes an official announcement or at least more concrete evidence starts popping up.

There’s no confirmation yet about whether and when the Exynos 9855 and Exynos 9925 chipsets may arrive. However, it’s more or less certain that Samsung has an Exynos chipset with AMD graphics in the pipeline. It’s only a matter of time before we get to know what it’ll be called and when it’ll arrive.

Samsung seems to have already turned the tide with the Exynos 2100. The upcoming flagship SoC is reportedly ahead of the Snapdragon 875 in CPU performance. However, Qualcomm’s Adreno 660 GPU is still offering around 10 percent better graphics performance than the Mali-G78 GPU in the Exynos chipset.

With AMD GPU, Samsung would be hoping to at least match, if not overtake, the performance of Qualcomm’s solutions. The flagship mobile SoC market is nicely poised for a much-needed intense battle at the top. 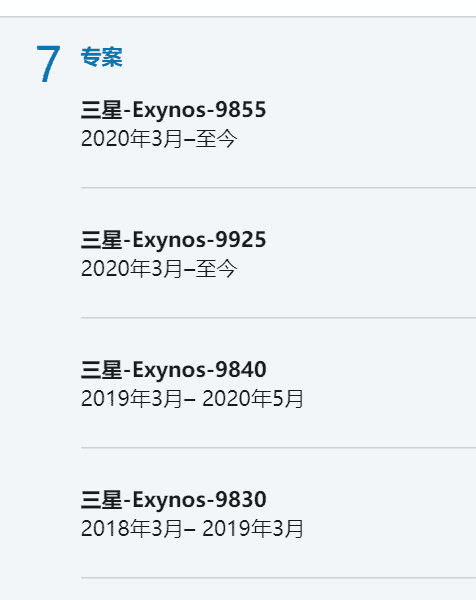