Roborock is continuing to hit home-runs with its new robot vacuums. The S4 Max is an incredible value, and one everyone should look at, this holiday season.

Roborock sent us a review unit of the S4 Max, and we have been using it in an apartment that is around 1000 square-feet for almost a month. Before beginning to write this review.

Here at AndroidHeadlines, we test out a lot of robot vacuums, and we always prefer Roborock’s to the competition. Roborock likes to emphasize the important aspects – like cleaning, suction, floor mapping – over some of the gimmicks that competitors like to focus on. Which is why Roborock’s vacuums almost always get awarded with an Editor’s Choice award from AndroidHeadlines. And that is the case with the Roborock S4 Max as well.

We’ve been working on this review for the Roborock S4 Max for almost a month now – that is mostly due to the many other products that have come in during Techtober. But that has given us a chance to really check out the S4 Max and see how well it performs. Instead of rushing out a review a week after receiving the vacuum.

You see, this is cheaper because Roborock cut corners in the right areas. Instead of cutting corners on cleaning ability, and the floor mapping, it did so in other areas that don’t matter as much. 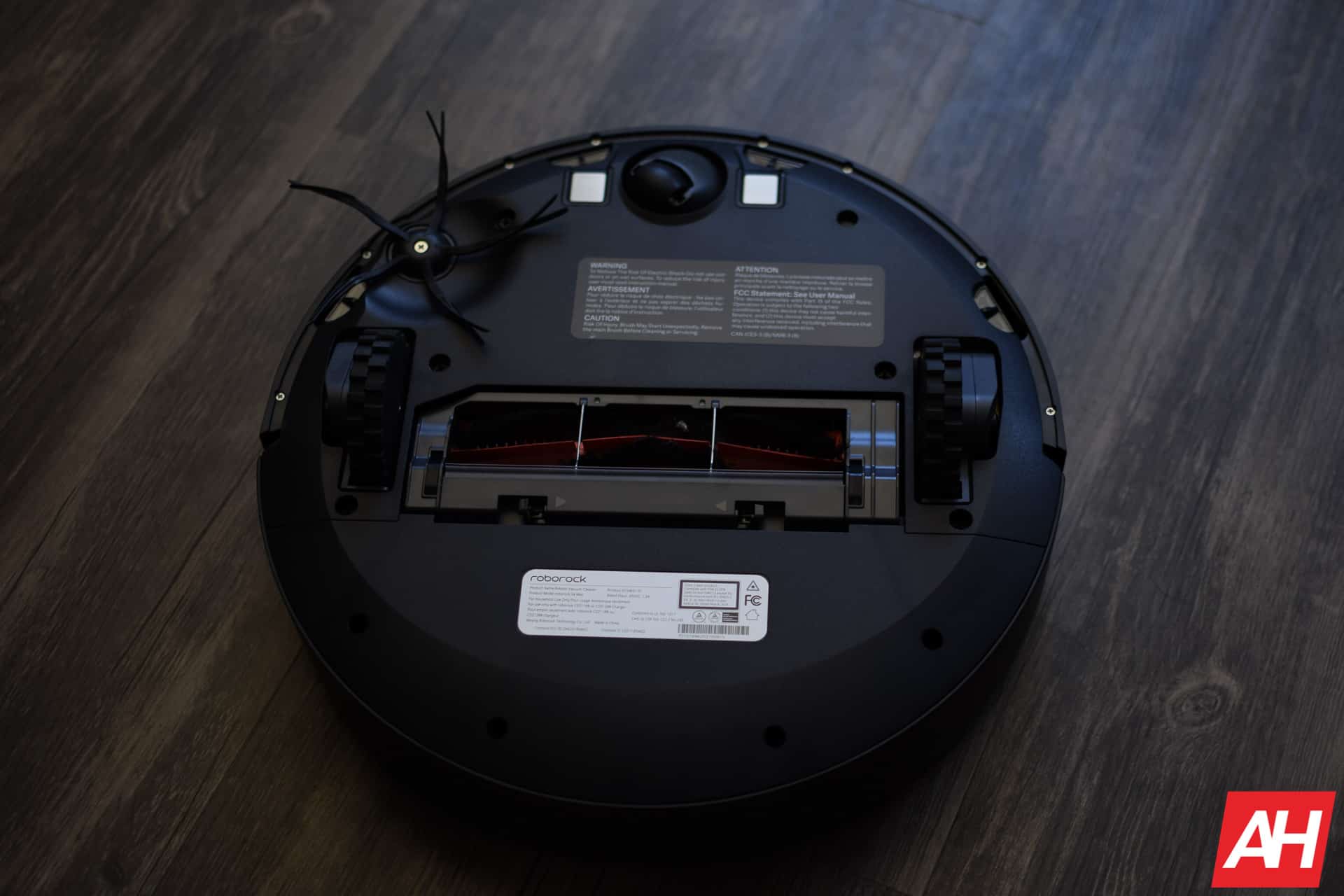 With the S4 Max, you’re still getting 2000Pa of suction. That’s right on par with even the more expensive S6 model. But where Roborock cut a corner, is removing the mopping ability. So this is legitimately just a robot vacuum. While the rest of Roborock’s lineup are robot vacuums and mops. That’s not a bad thing though. I’ve been using, personally, a Roborock S5 Max for over a year, and can say I’ve used the mopping feature exactly once. Which was when I first got it. You see, the mopping in these vacuums aren’t the best. Primarily because they can only use water – no soap. So leaving the mopping feature out is not a big issue to me. And in fact, while using the S4 Max, I actually forgot that it didn’t have the mopping ability.

The S4 Max did keep many other features though, like LiDAR for navigation, the no-go zones, and multiple floor plans. To name a few.

It can clean super quietly

What is really incredible about the Roborock S4 Max, is just how quiet it can clean your home. There are four modes for cleaning including a “quiet” mode. It’s not so quiet you won’t hear it, but it is quiet enough to where you won’t need to turn up the TV to keep watching that show on Netflix while the S4 Max does its job. Which is impressive. And if you have little ones, it can clean while they are sleeping without waking them.

Even in this quiet mode, the S4 Max can do a really good job of cleaning up. That’s a testament to how well the cleaning ability of the S4 Max is in the first place. I’d say it’s far quieter than the S5 Max and even the S6 MaxV. 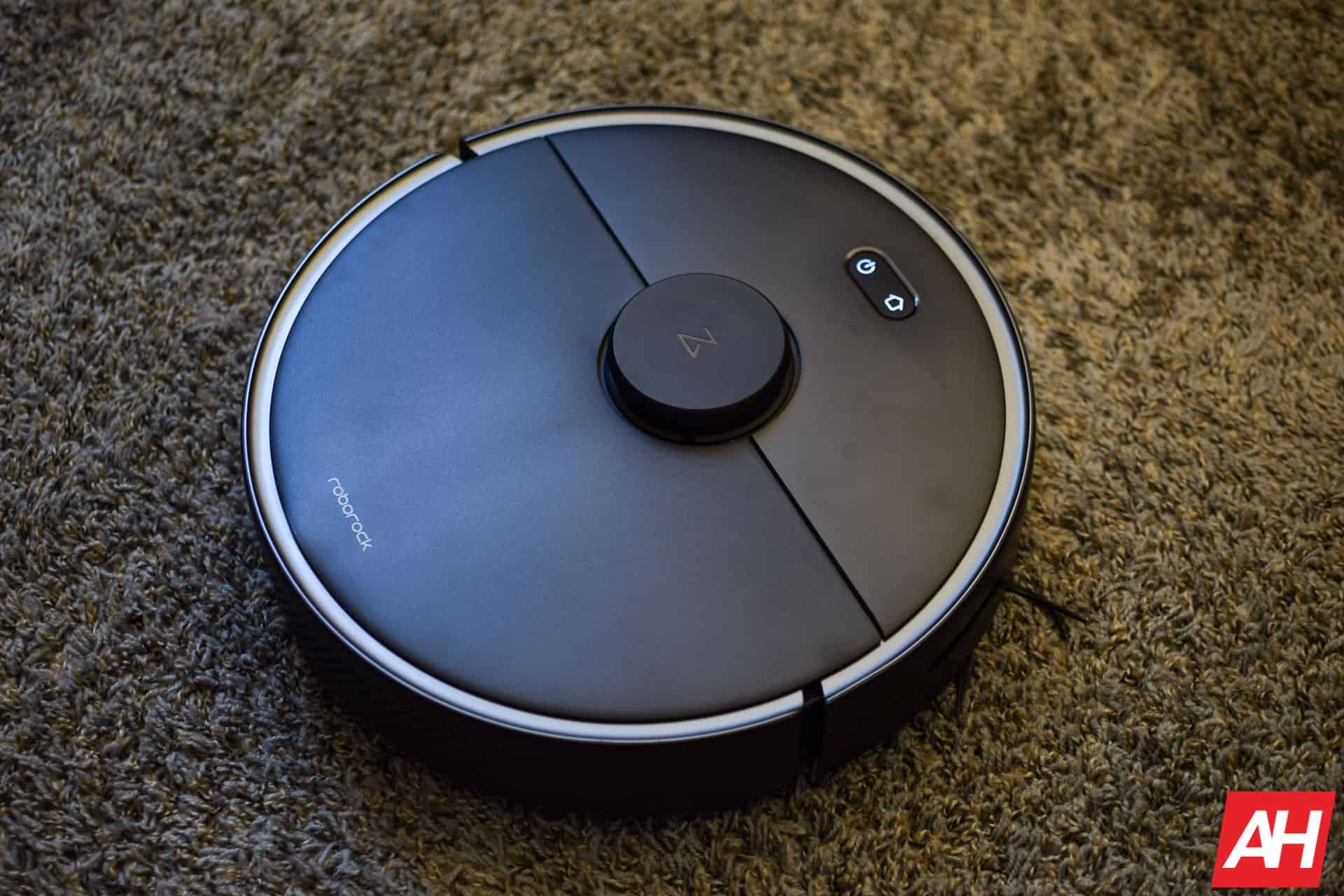 There are a couple of other modes available for cleaning on the S4 Max. Like Balanced, Turbo and Max. Balanced will automatically adjust the cleaning mode, depending on what surface it is on. For instance, increase suction on carpet, and decrease on hardwood or laminate floors. Max, of course, uses all the suction that the S4 Max has to offer. And Turbo is somewhere in the middle.

Since the S4 Max has 2000Pa suction – similar to every other recent Roborock vacuum, besides the S6 MaxV – it is able to pick up everything. Sometimes I’ll run it in my apartment and it’ll pick up so much dirt and dust, that I don’t even see on the floor. It’s pretty incredible. And very useful for those that have pets, especially this time of year, since they are now shedding everywhere.

Additionally, the Roborock S4 Max has a pretty long runtime of around 180 minutes – or three hours. Now you can get more or less time out of it, depending on what mode you use. I use Turbo most of the time, since I do have a dog that is doing plenty of shedding. And it is able to clean my entire apartment on a single charge – with around 30-40% left at the end. That’s not too bad. And of course, on Max, it’ll be a bit less, but can still be done in a single cycle. Roborock’s app for all of its newer robot vacuums (the older ones still use the Xiaomi Mi Home app), is absolutely amazing. It is very easy to use, and all of the features you need are front-and-center.

One of the more underrated features of this app that I really like, is the maintenance section. This tells you when you need to clean the sensors, clean the filter, as well as replace some of the brushes and the filter. So you can keep your robot vacuum in tip-top shape. 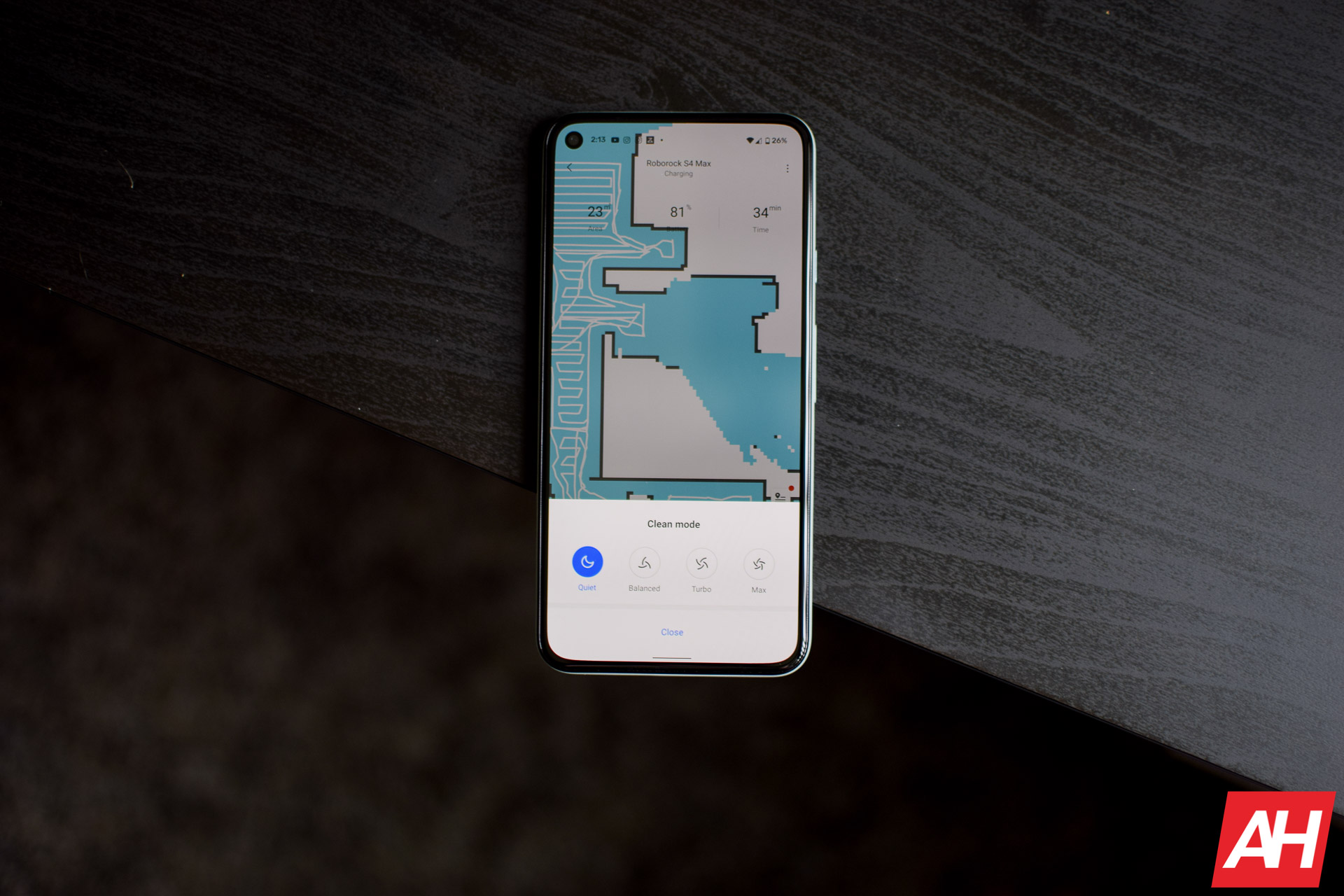 Speaking of the filter, Roborock does include an additional filter in the box, which is a small thing, but very useful to have. Of course, you can buy additional filters and brushes from Amazon, but having that in the box when you purchase the vacuum is a nice gesture.

Navigation continues to get better with each vacuum release

I’ve been using Roborock vacuums for quite a few years now (having used the S5, S5 Max, S6 MaxV and now S4 Max), I’ve really seen their navigation system come a long way. When it first released, it was well ahead of its competition, and now it’s really just showing off. The S4 Max runs into almost nothing. Meanwhile my S5 Max that I’ve been using for over a year, has all kinds of scuff marks on the front bumper, including paint from the walls. So it’s clear that it runs into a lot of things. 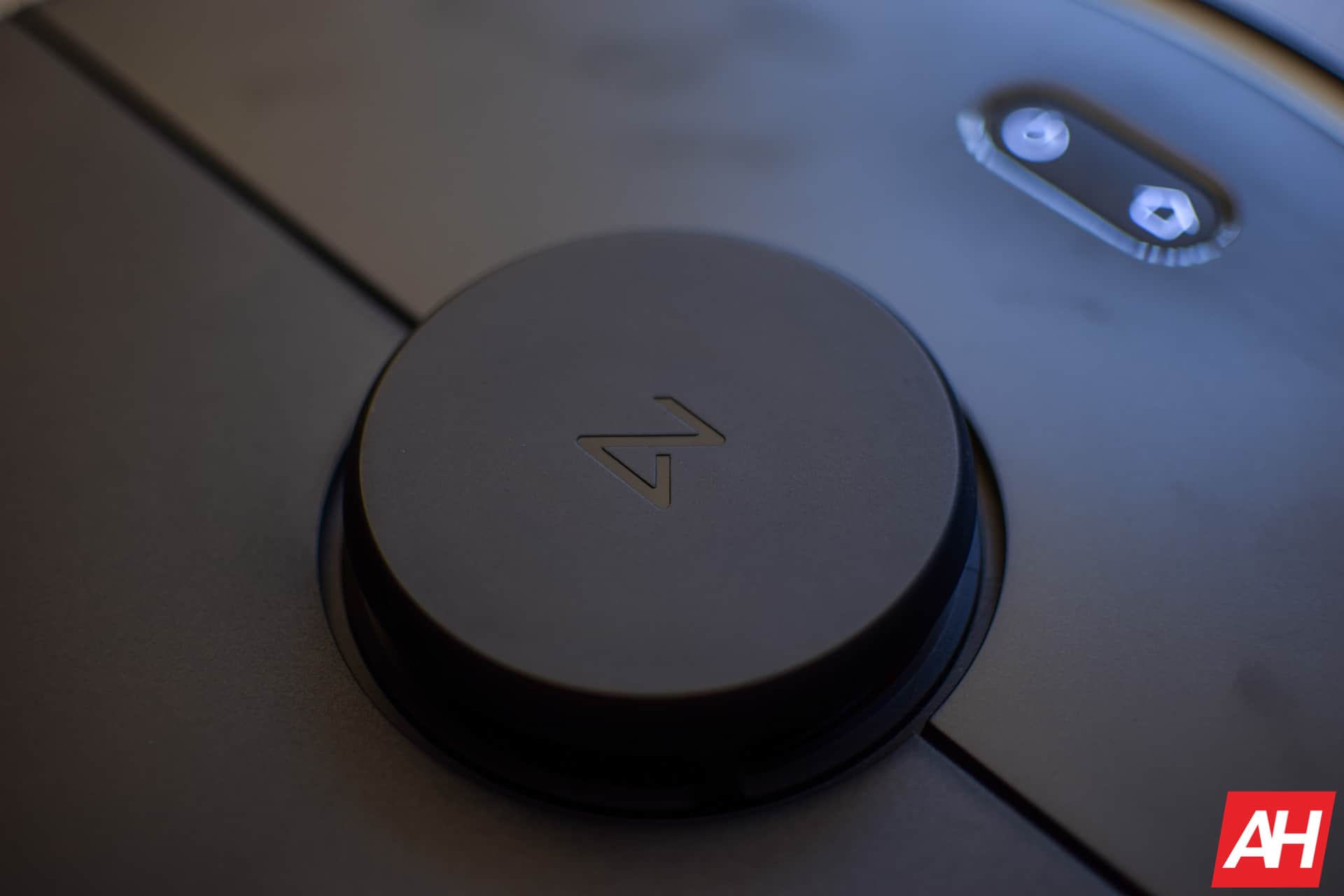 This was actually quite surprising to me, considering it does not have the stereo camera on the front like the S6 MaxV has. Which helps it to run into less stuff, and get caught on cords less. The S4 Max does not have that, it’s simply relying on LiDAR, which is impressive.

It is still able to map out multiple floorplans, that is great for those that have a multi-story home. The reason why it needs to map out your home, is so it knows where it needs to go. Roborock vacuums will vacuum the edge of the room first, and then run back and forth until it cleans the entire room, before moving onto the next one. If it didn’t map out your home, it wouldn’t know where to go, and miss some spots.

Additionally, with the S4 Max, you can now name rooms, and tell it to clean a specific room. So you could tell the S4 Max to only clean the kitchen, or just clean your kids room, etc. This is partially new. You’ve always been able to have it clean specific rooms. But what’s new is the fact that you can name them now. Which makes using Amazon Alexa or Google Assistant to run this robot vacuum even easier.

Roborock S4 Max does have no-go zones still, for example, during my review I kept the vacuum from entering the bathroom (as it just gets stuck and then closes the door and freaks out because it can’t get out – true story), and it worked fine. It never entered the bathroom while that no-go zone was in place on the app. And you can set no-go zones in other parts of your home as well. Maybe for your kids room, as it’s likely not clean enough for the S4 Max to go in and not get stuck.

Roborock made a small, but important change to its design

For most people, they likely won’t notice the difference. But with the Roborock S4 Max, the company decided to change the design a tiny bit. Instead of using glossy plastic for the vacuum, it now has more of a matte finish. Why does this matter? It really doesn’t. But it does mean that it won’t be collecting dirt, dust, pet hair and more while it’s sitting in your home. 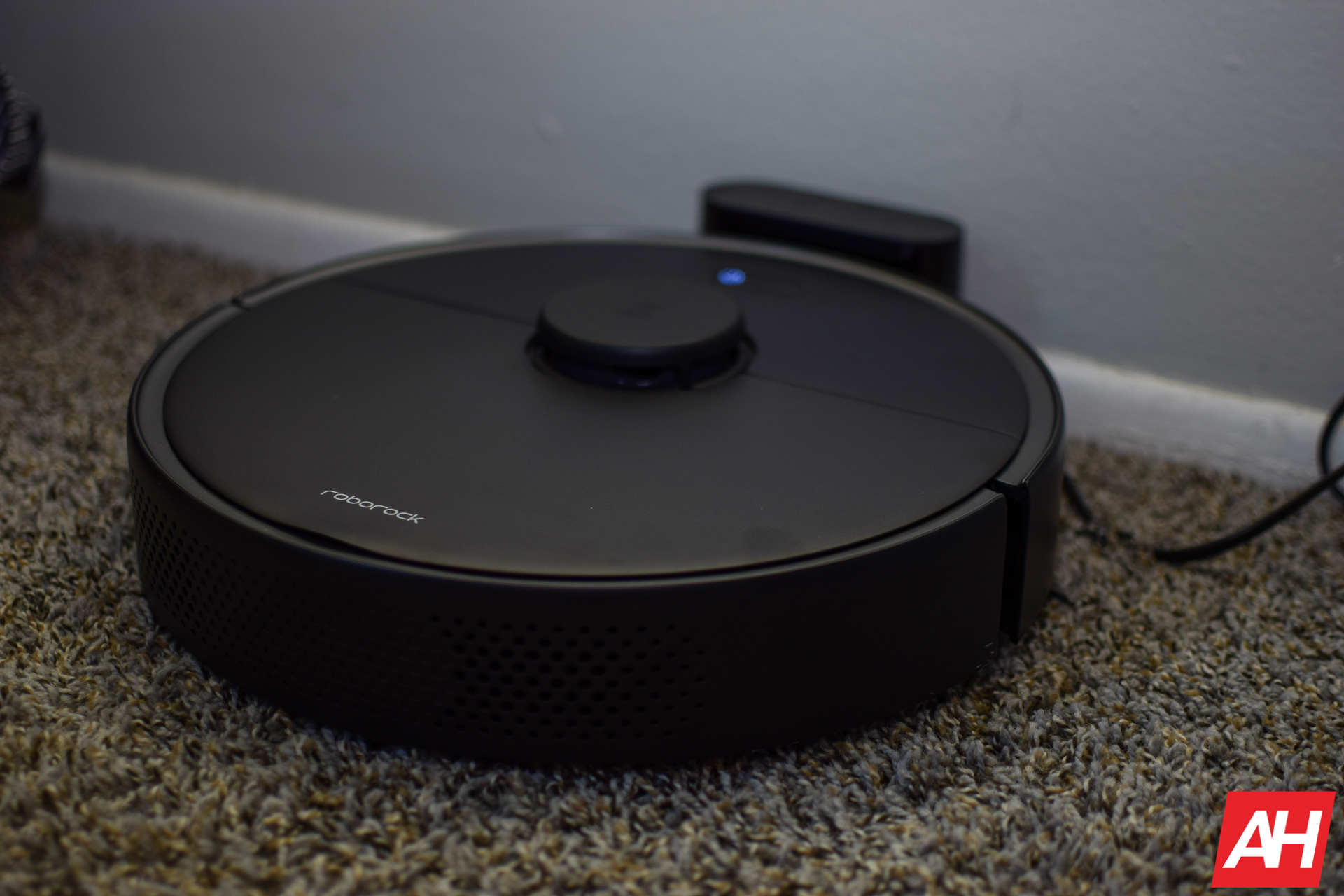 This really only matters to reviewers like myself. As we actually take photos of our robot vacuums. And having to clean the robot vacuum for a picture, is almost impossible. And a bit ironic too.

It’s small, but perhaps my favorite feature of the S4 Max, surprisingly.

Like the regular S4, the S4 Max also only comes in black, and that’s fine. Who really cares what color their robot vacuum is? Black does blend in better with most homes anyways.

Should I buy the Roborock S4 Max?

That really depends on what you want out of a robot vacuum. If mopping is a must-have, then no, don’t buy the Roborock S4 Max. And no, you should not buy a dedicated mopping robot, that’s just dumb. However, if you want a robot vacuum that cleans your home without any issues, and can be quiet enough to work while your kids are asleep, the yes, by all means buy the Roborock S4 Max. At the regular price of $429, it’s an absolutely incredible value.

I was very impressed with how well this robot vacuum works. In this industry, you kind of get set in your ways, in how “cheap” products perform, and while $429 is not cheap, in the world of robot vacuums it kinda is. And I was surprised at how well this one performed. As I mentioned, Roborock took out the features you don’t really need, and kept the ones you do. Making this an incredible robot vacuum for the price.