Pocket Casts is finally adding the ability to filter episodes by duration. The v7.11 of the app adds this much-needed feature, although it comes a little bit late. A new Duration bubble in the Filters tab lets you filter episodes by specific length you choose. The new menu is available in the top row below every filter you create, along with all other existing options.

You can set both the minimum and maximum length limit for each filter, in five-minute increments. This allows you to select from episodes that best fit your listening session. If you have about 30 minutes during your commute, you can set the app to only show episodes that aren't lengthier than your available time. This way, you won't have to pause an episode midway and listen again later.

Pocket Casts already lets you sort episodes by their duration. You can select between shortest to longest and longest to shortest. The new Duration filter now ensures that you'll only see episodes that you may consider listening to at any given time. 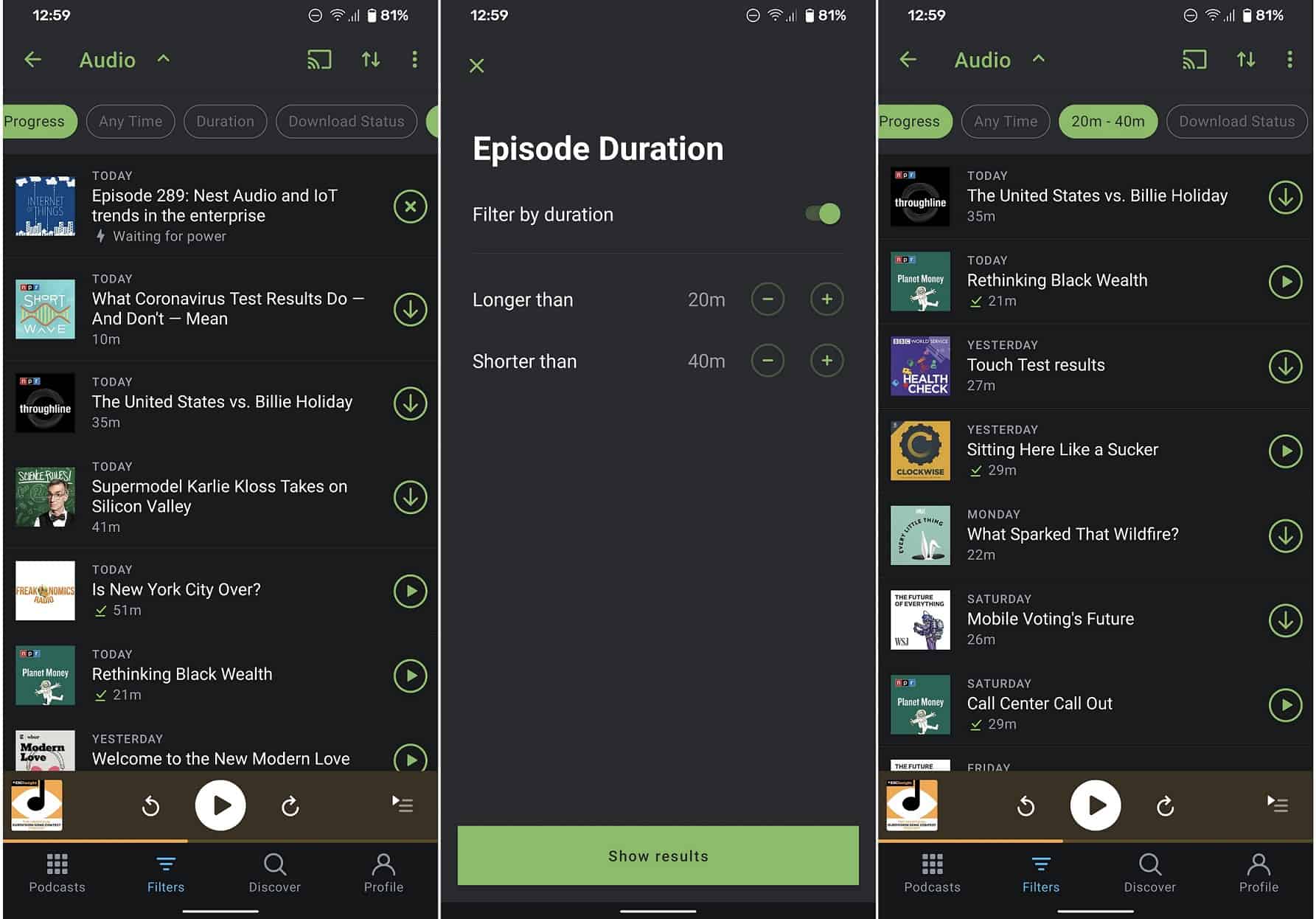 In addition to the duration filter, which is now live for all users with v7.11 of the app, Pocket Casts also have several new features in the pipeline. The v7.12 of the app, which is currently available in beta from the Google Play Store, adds new episode multi-select options.

You can un-star your starred episodes, remove episodes from the archive, delete multiple downloaded episodes at once, and mark played episodes as unplayed. Essentially, Pocket Casts is making all these actions two-way.

Additionally, the app now also lets you customize the toolbar. The option to customize the toolbar is available through the overflow menu that appears after you long-press on an episode. The pencil icon lets you rearrange or select/deselect actions that appear on the toolbar, so your most-used ones are always easily accessible. Those actions include download/remove downloads, star/un-star, archive/un-archive, mark as played/un-played, select all/deselect all, and play first and play last.

The upcoming version of Pocket Casts will also introduce the ability to filter episodes by duration as low as one minute. The current minimum duration is five minutes. The new version will also offer better integration with Android 11's media notifications. Pocket Casts also promises improved rearranging of "Up next" items.

You can sign up for Pocket Casts v7.12 beta here. The latest stable version, v7.11, is now available on the Play Store for all users. 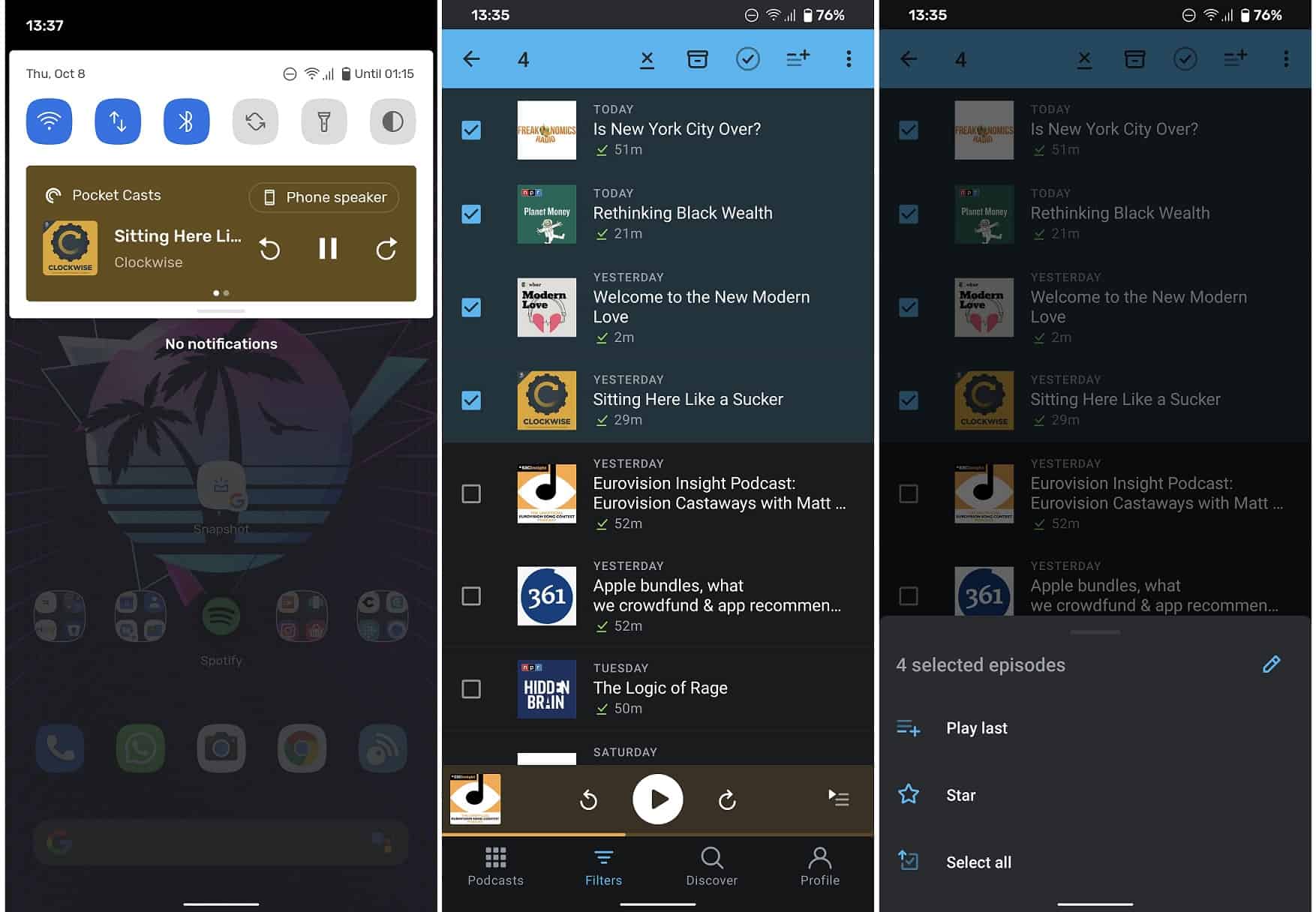