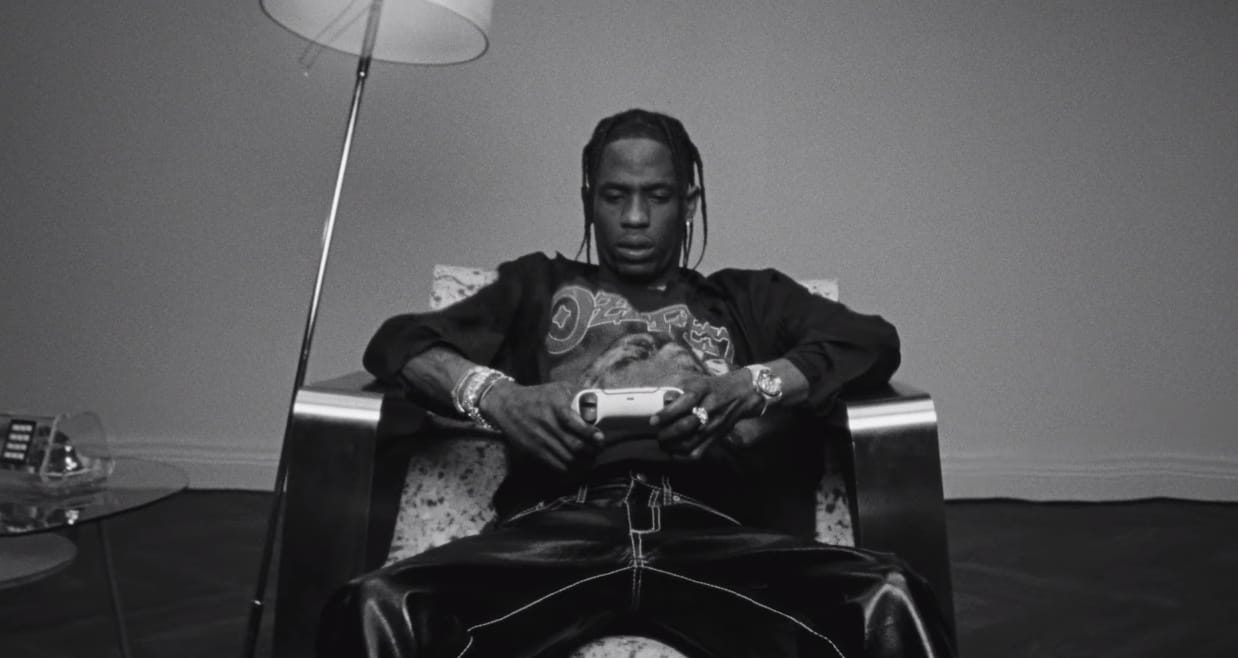 Travis Scott, a popular American rapper, singer, songwriter, and producer, is heralded as a “huge PlayStation fan,” leading Sony to reach out and discuss the potential for a brand partnership for the upcoming PS5.

Scott is not exactly an unlikely person to collaborate with here. Aside from being a huge PlayStation fan, Scott has also worked with Epic Games. Holding a virtual live concert inside of Fortnite. Scott has also proven to be a savvy individual with brand deals in general.

Earlier this year he worked with McDonald’s to create the Cactus Jack meal. That collaboration led to another with the popular fast food chain that included different merchandise ranging from t-shirts to tote bags. So this PS5 brand partnership is just the next in the list and it likely won’t be the last.

PlayStation hasn’t been forthcoming about any products yet. So it’s still uncertain what fans of both the PlayStation brand and Travis Scott’s music can expect. What is certain is that whatever the two dream up, it’ll be wildly popular.

When the Cactus Jack meal hit McDonald’s locations, it quickly became so popular that some of the restaurants were reportedly running out of ingredients. Some of the merchandise is also being resold for much higher prices than it originally retailed for.

That suggests that if the deal with PlayStation includes any tangible products, it’ll be just as sought after and potentially hard to get. According to the official PlayStation YouTube channel, the deal with Travis Scott will be with his Cactus Jack brand.

Though it may be nothing, if you watch the video very closely at around the 10-second mark, you may catch a glimpse at a potential project. Before Scott is in frame, the video highlights a few people that are part of the PlayStation team that worked on the console in some way.

Innovative projects are on the horizon

The only hint PlayStation has given out is that it hopes to work with Travis Scott to create some innovative projects that will appeal to their collective audiences.

What that means is anyone’s guess. For now. But to start things off it worked with Scott to create the ad below. It’s a short teaser video. But anyone who’s been around as a PlayStation fan since the beginning may recognize some iconic references.

In the video Scott sits down in front of a large TV flanked by two massive sets of speakers on either side. After picking up a DualSense 5 controller from the coffee table next to him, he powers on the console and is proceeded to be blown away by the sound.

Visually, this sort of references two things. First and foremost, and likely officially, it’s a reference to the 3D audio feature of the PS5. Something which Sony has been touting for months now.

Who knows if Sony meant to purposely display this parallel. And it’s worth noting that things don’t look exactly the same. A few frames show a side shot of Scott sitting down in the chair. But the “blown away” visual appears from a front-facing angle instead of from the side.

In any case, this partnership is due to lead to some interesting drops. All of which should bear both the PlayStation and Cactus Jack names. If you’re a fan of both, keep your eyes open for what’s in store.