Skip to content
Advertisement
Trusted By Millions
Independent, Expert Android News You Can Trust, Since 2010
Publishing More Android Than Anyone Else
7
Today
37
This Week
250
This Month
4308
This Year
114338
All Time
Advertisement So, for the US consumers, the difference is not that big. Still, is it worth spending $150 more on the OnePlus 8 Pro? Well, that’s what we’ll try to find out. Let’s kick off the OnePlus 8T vs OnePlus 8 Pro comparison.

Both of these phones are made out of metal and glass, and they’re extremely slippery. That is something you should note, as you’ll probably want to use a case. All OnePlus 8T color variants are good at repelling fingerprints, while most 8 Pro models are as well. The black variant is the only one that has issues with that, if that’s something you’re worried about. If you’ll use a case, that’s not something that should concern you.

Both devices include a display camera hole in the top-left corner. The OnePlus 8T features a flat display, while the 8 Pro sports a curved one. Bezels are quite thin on both phones, while both devices offer curved back sides. The camera modules are different, and they’re placed in different spots. The one on the OnePlus 8T sits in the top-left corner, while the OnePlus 8 Pro’s is centered. Both are vertical, though.

The OnePlus 8 Pro is taller, wider, and thicker than the 8T. It is considerably taller, but it’s almost equally wide and thick. The phone is noticeably heavier, though, at 199 grams, compared to 188 grams. The OnePlus 8T does feel a bit thicker in the hand, though, even though it’s not. Both phones include an alert slider on the right, right above the power / lock key. The volume up and down buttons are placed on the left side, on both phones.

The OnePlus 8 Pro does have a larger display than the OnePlus 8, though it’s not much larger. The phone sports a 6.78-inch QHD+ Fluid AMOLED display. The OnePlus 8T, on the other hand, includes a 6.55-inch fullHD+ Fluid AMOLED panel. Both of those are 120Hz displays, by the way, they’re extra smooth. Both panels are protected by the Gorilla Glass 5, support HDR10+ content, and have a display camera hole. 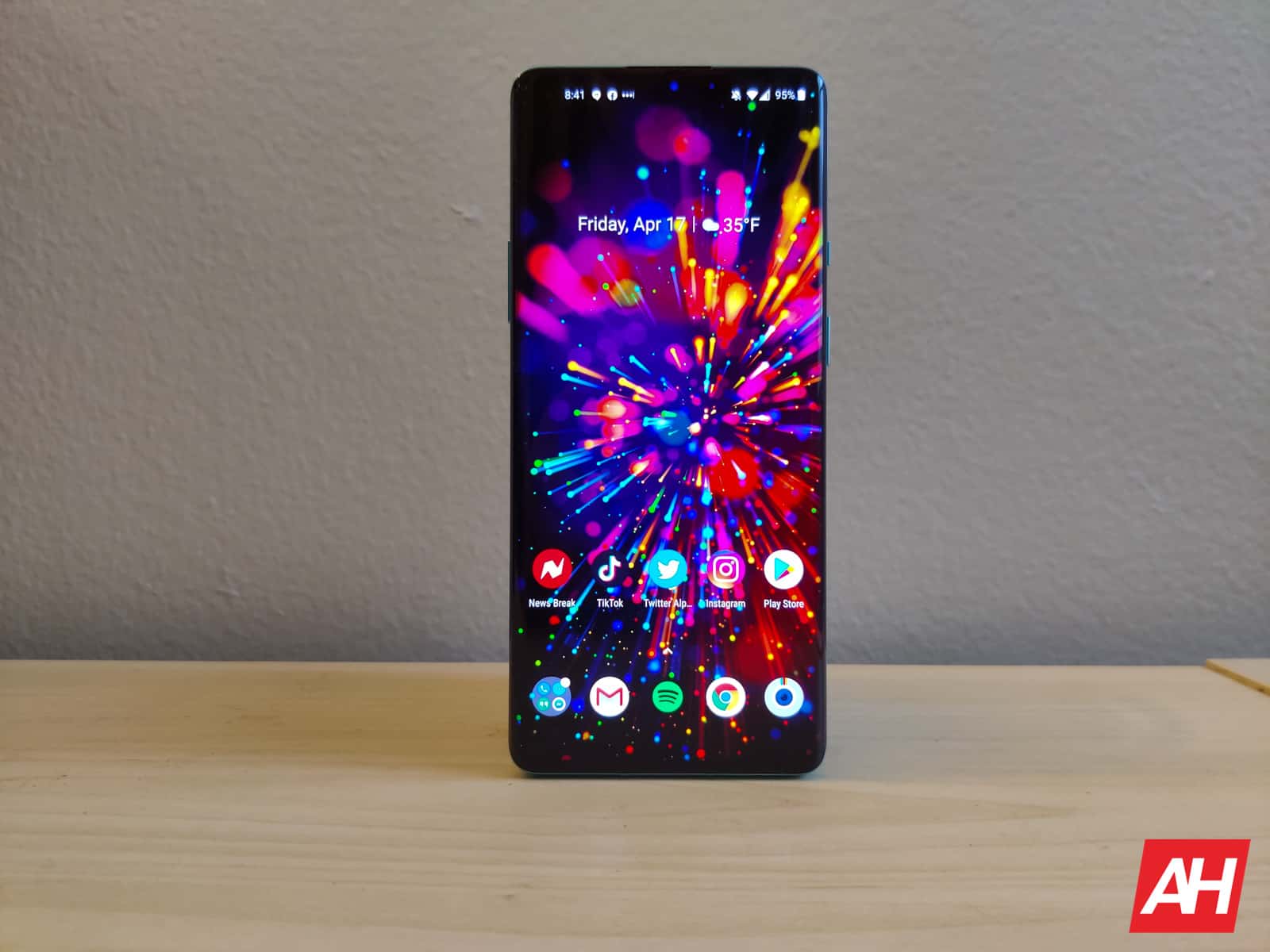 Why do I say on paper? Well, truth be said, they’re both excellent in real life. High refresh rate displays are a joy to use, especially on panels that are as vivid and nice as these two. I cannot tell the difference between fullHD+ and QHD+ displays at this point, considering they’re both solid panels. That’s the case with the OnePlus 8T and 8 Pro as well, both of those panels are gorgeous. Blacks are deep, the displays are colorful, while they also offer great viewing angles. These two displays will satisfy the needs of pretty much every user.

OnePlus’ smartphones are usually lauded for their performance / smoothness mojo. Well, you’ll be glad to know that both of these phones deliver in that regard, and then some. These two devices are amongst the smoothest-performing smartphones in the market at the moment. Android 11 comes pre-installed on the OnePlus 8T, while the OnePlus 8 Pro is upgradable to that same software. That, in combination with OnePlus’ OxygenOS 11, and the powerful hardware on the inside, provides a great experience.

Both devices are fueled by the Snapdragon 865 SoC, while both include UFS 3.1 flash storage. The OnePlus 8 Pro does have faster RAM (LPDDR5 vs LPDDR4X), but that’s not something you’ll notice in day-to-day usage. They both also have plenty of RAM to go around, so there’s nothing to worry about in that regard either.

No matter whether you’re multitasking, browsing, consuming multimedia, or playing games, everything is buttery smooth on these two phones. Everything seems extra smooth thanks to those 120Hz displays, that’s for sure. Getting these two phones to slow down is nearly impossible, and you can use them as powerhouse smartphones, without a doubt. Chances are they’ll remain as fast for a long time as well, at least judging by the company’s previous offerings.

The OnePlus 8T and 8 Pro have almost identical battery packs, in terms of capacity. The OnePlus 8T comes with a 4,500mAh battery, while the 8 Pro offers a 4,510mAh battery. The thing is, the OnePlus 8T actually has two batteries on the inside… for charging’s sake, more on that later. Both phones provide great battery life, even though the OnePlus 8T will offer you more in that regard.

Camera setups are really interesting in these two phones. The OnePlus 8T is a newer phone, but it’s also more affordable, despite being a flagship. One of the reasons why is the main camera sensor OnePlus opted to utilize here. The company went with an older Sony IMX586 48-megapixel camera in this phone, the same one used on the OnePlus 8. What’s interesting is that the OnePlus 8 Pro also uses this sensor, but for its secondary ultra-wide camera. The OnePlus 8 Pro’s main camera sensor is the Sony IMX689… that is also a 48-megapixel unit. 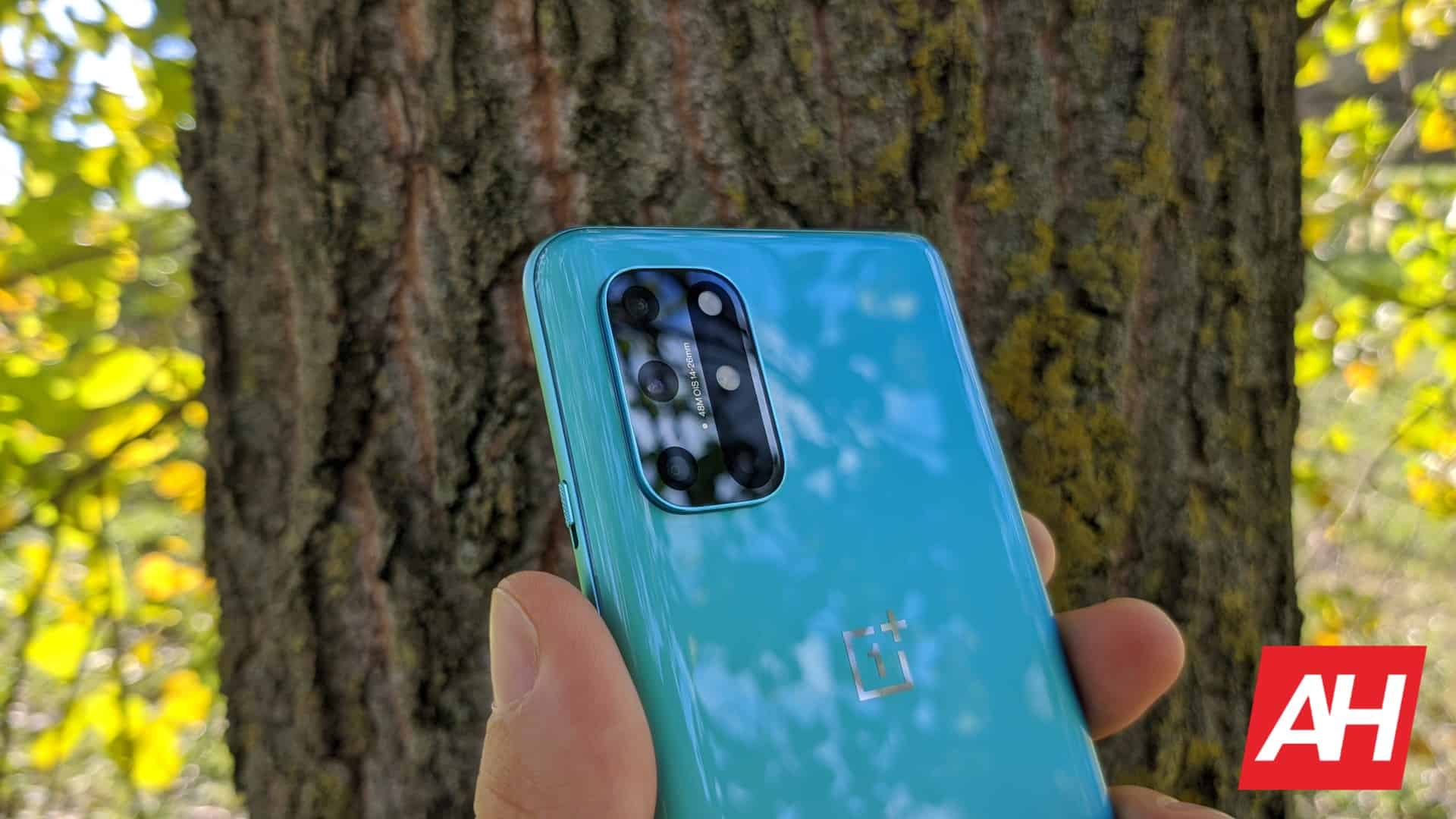 That sensor is newer and more powerful than the Sony IMX586. Just to be clear, the difference in the quality of images provided by the main camera sensor from these two phones is not huge, but the 8 Pro can provide better shots most of the time. That sensor is especially impressive when it comes to details in images, and it also does a better job in low light. It manages to preserve more detail from the shadows. The ultra-wide camera on the OnePlus 8 Pro is better, without a doubt. Don’t get me wrong, the OnePlus 8T can provide really nice ultra-wide shots, but the OnePlus 8 Pro does a better job mainly thanks to that sensor. It also gets really compelling ultra-wide shots in low light.

As far as video is concerned, both smartphones can capture 4K video at 60 FPS. Both do a really good job when it comes to that, and the difference is not that significant. The OnePlus 8 Pro does a bit better when it comes to low light video, though. The stabilization on both phones is excellent. It is worth noting that the stabilization works even better when you shoot at fullHD resolution at 60 FPS.

The OnePlus 8T and 8 Pro both come with a set of stereo speakers. Those speakers are really good on both phones, and truth be said, it’s possible we’re looking at the exact same setup here. They seem to be equally loud, and also sharp. They’re not the best speakers we’ve heard on a phone, but they’re far from being the worst. As already mentioned, they’re really good. The distortion is barely noticeable at the very highest of volumes, you’ll get a rather deep sound here, which is a success when it comes to smartphones.

Neither of these two devices has a 3.5mm headphone jack. You’ll need to use a Type-C port, or wireless headphones. Speaking of which, if you do have access to a good pair of wireless headphones, you’re in luck, as the sound you can get from both devices is really good. It’s good across the spectrum, even some bass is provided. What’s most important, the vocals don’t get overpowered by everything else, and that is a problem on quite a few devices.