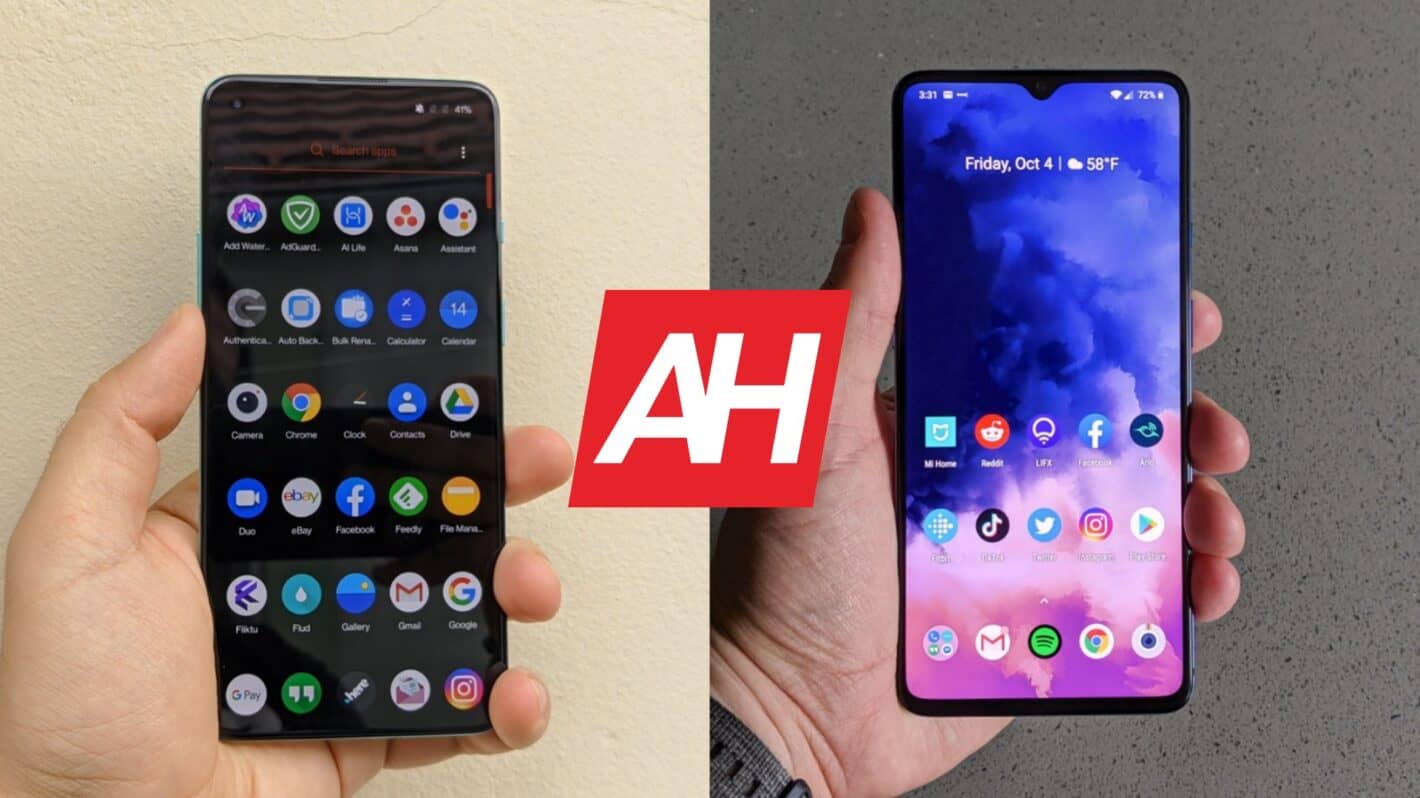 The OnePlus 8T got announced quite recently, and we’re here to compare it with its predecessor. In this article, we’ll compare the OnePlus 8T vs OnePlus 7T. These two devices do have some things in common, but for the most part, they’re quite different. They do both come with an appealing price tag, and some of you may still wonder whether the 7T is worth getting at this point. Well, that’s what we’re here to help you with.

As per usual, we’ll compare the two devices across a number of categories. We’ll kick things off by listing their specifications, and move from there. The designs of the two phones are not exactly too similar, while their displays are also considerably different. OnePlus upgraded the OnePlus 8T in a number of ways compared to its predecessor, and that is something you’ll realize. That being said, let’s start, let’s compare the OnePlus 8T vs OnePlus 7T.

In terms of the design, well, OnePlus used similar materials here, but the two phones do look quite different in comparison. Both are made out of metal and glass, and both utilize Gorilla Glass 5 on both the front and the back. Both phones also include flat displays, and both are curved on the back. They are almost identically thick, but the 8T feels a bit thicker due to its design. It doesn’t feel too thick, though, not at all, it’s actually quite thin, but in comparison, it’s noticeable. 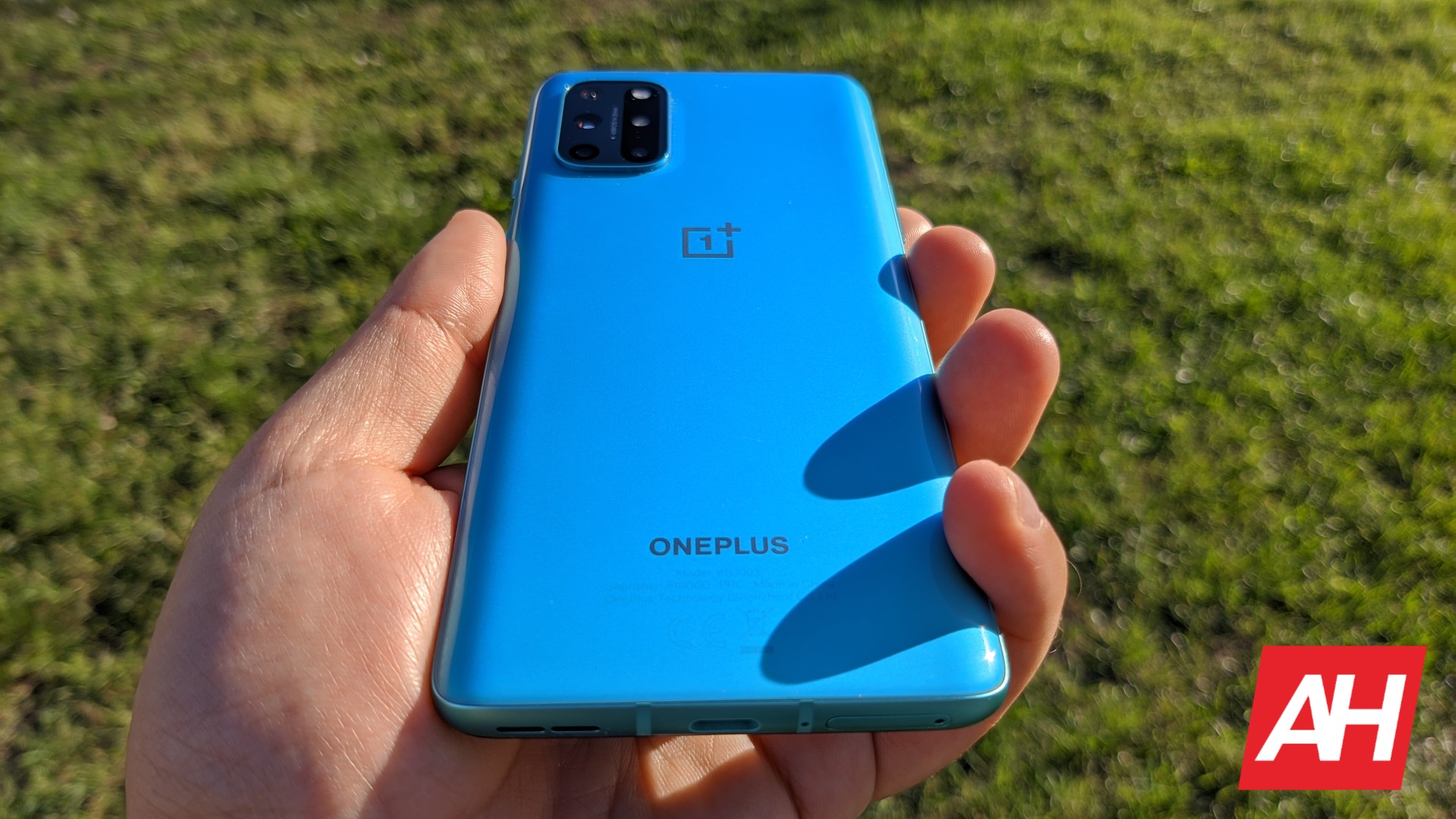 The OnePlus 8T is a bit taller than the 7T, while they are almost the same in terms of width. They’re also similar in terms of weight, as they’re separated by 2 grams. The OnePlus 7T weighs 190 grams, while the 8T is at 188 grams. Bezels are extremely thin on both, though there’s a difference in the upper portion of the display. The OnePlus 7T includes a tiny waterdrop notch, while the 8T opted for a display camera hole in the top-left corner.

Both of them include multiple cameras on the back, though the 8T has one more than the 7T. All those cameras are packed inside a single module on both phones. The one on the 7T is centered, it’s circular, and it hosts three cameras. The OnePlus 8T’s camera module has four cameras inside it, and it offers a different shape. It’s also located in a different spot, it’s in the top-left corner.

The power / lock key is located on the right-hand side of both phones. Right above that button, you’ll notice the alert slider. The volume up and down buttons can be found on the left-hand side of both devices. Neither of these two phones has a headphone jack, by the way, but they both offer a Type-C USB port. Both are very well-built, and both feel premium in the hand.

The OnePlus 7T and 8T both feature 6.55-inch fullHD+ displays, these two displays are not the same, though. They do offer the same resolution of 2400 x 1080, but the refresh rate is higher on the OnePlus 8T’s panel. That handset offers a 120Hz refresh rate, while the 7T ships with 90Hz. So, the refresh rate on the 8T is not exactly twice as high, but it is higher. The content on the OnePlus 8T seems a bit smoother as a result in case you really look for it. You’ll notice that in specific conditions, like when scrolling, for example. The OnePlus 7T is an extremely fluid device, though, and the difference betwee 90Hz and 120Hz panels is not that big, so some of you my not even notice a difference. If you’re coming from a 60Hz panel, you will, for sure, notice that boost (either to 90Hz or 120Hz).

Both of these are Fluid AMOLED panels, and both support HDR10+ output. In terms of image representation, they’re both excellent. They offer saturated images, the colors are vivid, and viewing angles are great as well. Blue light emission is also quite low on both panels, in comparison to some other displays in the market. Gorilla Glass 5 protects both of these displays, by the way, and these are flat panels. There’s really nothing major to complain about when it comes to these displays, though the OnePlus 8T is technically a better choice, though you’ll be just fine with the 7T panel as well.

In terms of performance, both of these phones are excellent. The OnePlus 7T is still running blazing fast, a year after its arrival. The OnePlus 8T does feel even smoother, which is not surprising considering it has more powerful specs, and that smooth display. You’ll be fine with either phone in terms of performance, though. They can both open apps really fast, and the same goes for games, even though the OnePlus 8T is a bit faster. They are really smooth during multitasking, browsing, content consumption… basically everything.

The OnePlus 8T includes the Snapdragon 865, along with 8GB / 12GB of RAM, while the 7T includes 8GB of RAM and the Snapdragon 855+. OnePlus’ software only helps with performance, as it’s well-optimized on both devices. If you’re looking for the better one in the performance section, the 8T is a phone for you, but the difference is really not that big. The vast majority of you would not care about that difference, so if you’re looking to save a bit of cash, you’ll be perfectly fine with the 7T.

In the battery department, both are well-equipped, but the OnePlus 8T offers more. The OnePlus 8T comes with a considerably larger 4,500mAh battery pack, compared to a 3,800mAh unit in the 7T. Truth be said, the OnePlus 8T does have a much higher refresh rate, but still, the difference is noticeable. I was able to get well over 8 hours of screen on time on the OnePlus 8T on occasion. The 7T is no slouch either, you should be able to get over 6 hours of screen-on-time without a problem. That will, however, be dependent on your usage. If you do game a lot, or use the phone for other processor-intensive tasks, the battery will deplete quicker.

Both phones do support fast charging, though neither supports wireless charging. The OnePlus 7T offers 30W fast wired charging, while the 8T sports 65W fast wired charging. The charging on the OnePlus 8T is considerably faster, needless to say. You can get all the way up to 58-percent in only 15 minutes of charging, which is crazy. So, if you really need such fast charging, the 8T is the way to go, even though charging on the OnePlus 7T is not slow by any means. It is also worth noting that neither phone supports reverse charging, wired or wireless.

The OnePlus 8T comes with four rear cameras, while the 7T has three. Both phones include a single camera on the front. These two devices actually have the same main camera sensor, though with a different lens. OnePlus utilized Sony’s IMX586 sensor on both devices. The OnePlus 7T also includes a telephoto and an ultrawide camera. The OnePlus 8T has an ultra-wide camera as well, in addition to a macro camera, and a monochrome unit. Images taken with the main camera do look better on the OnePlus 8T. 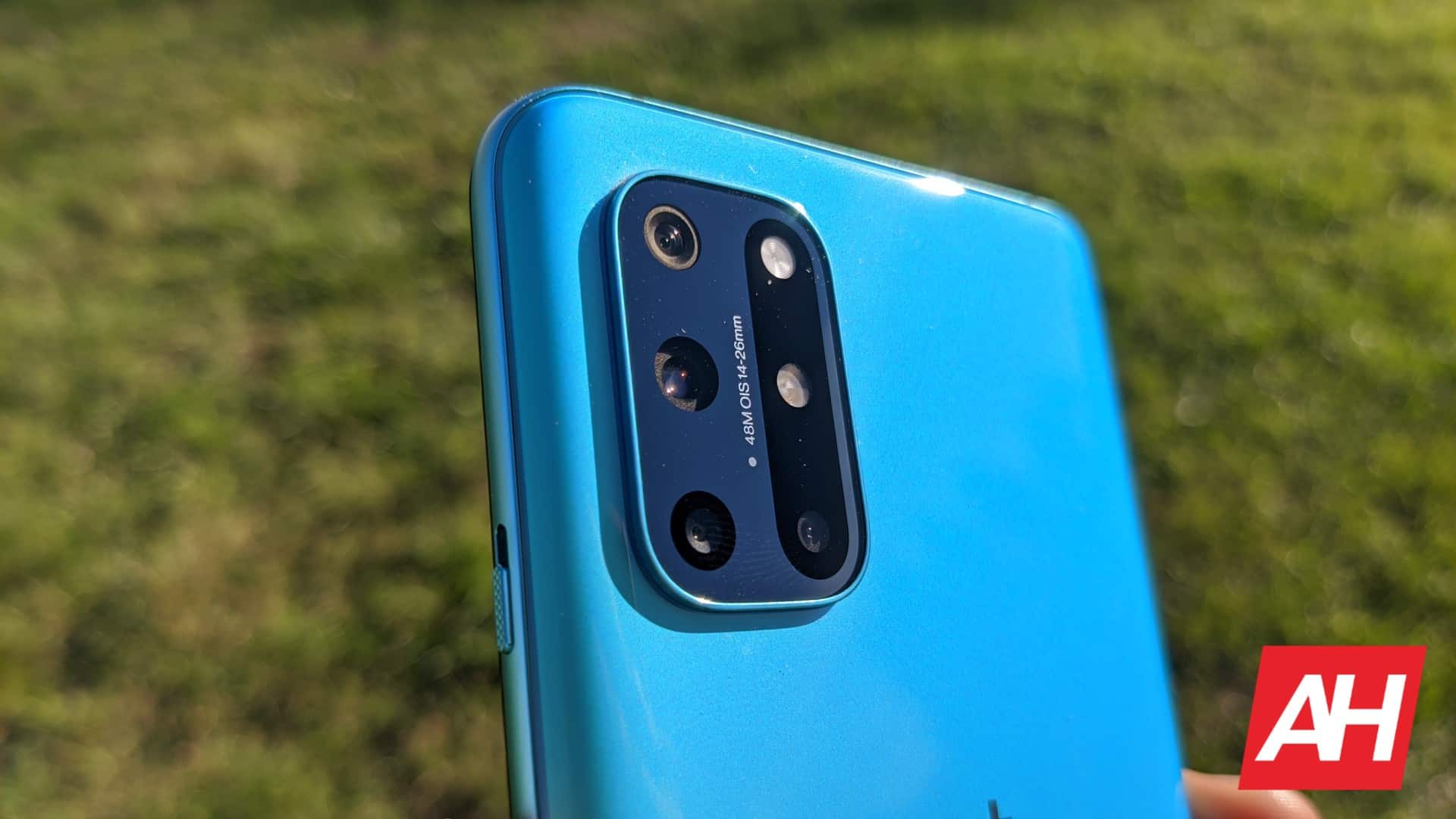 It seems like OnePlus improved the software on the device, as the images do look a bit sharper, while the softness on the edges is also not a much of a problem as it used to be. The colors are also slightly better. Not to say that the OnePlus 7T is bad in that regard, at all. The phone’s camera performance has also improved quite a bit since launch. Once the phone gets Android 11, it will improve even further, at least that’s what we’re expecting. It may even be really close to the performance of the OnePlus 8T, at least as far as the main sensor is concerned.

Both ultra-wide cameras are good, but they’re not the best we’ve seen, not even close. The OnePlus 8T is better when it comes to close-up shots, while both phones are really good in low light. The company’s Nightscape mode does help in extremely low-lit environments as well.

Now, when it comes to audio, neither phone is extraordinary, but they’re both really, really good. Both include stereo speakers, and those speakers are actually really compelling. They do offer a full sound, while distortion isn’t noticeable until you turn the volume all the way up. Even then, it’s quite minimal. The sound is good across the spectrum, and the same goes for a sound through a good pair of headphones.

The bass could be a bit stronger, but that’s just nitpicking. The most important part is, the vocals do not get overpowered by the instruments in any way, shape or form. OnePlus did a good job balancing things out. Neither of these two phones comes with a 3.5mm headphone jack. So, you’ll have to either use a Type-C port, a dongle, or utilize wireless headphones in order to listen to music, podcasts, or make phone calls via headphones on these two phones.