The Google Pixel 5 has been announced not long ago, and it’s a fairly different phone compared to its predecessor. In this article, we’ll compare the Google Pixel 4 vs Google Pixel 5. With the Pixel 5, Google is kind of going back to the Nexus way of thinking but only partially. The company wants to sell the Pixel 5 to the general consumer, but it’s taking a different approach to its build, it’s not exactly aiming for the premium category.

As per usual, we’ll pit the two phones one against the other across a number of categories. We’ll kick things off by listing their specifications, and will then move to the design, display, performance, and various other aspects of these two smartphones. We’ll try to help you figure out if the Pixel 4 is worth getting in 2020, over the Pixel 5, or should you go for the company’s newest handset. That being said, let’s kick off the Google Pixel 4 vs Google Pixel 5 comparison.

These two phones do look somewhat similar, but they are a bit different-looking, plus Google used different materials to make them. The Google Pixel 4 combines an aluminum frame with Gorilla Glass 5 on the front and back. The Pixel 5, on the other hand, has an aluminum frame, but comes with an aluminum back as well, which is covered by some sort of plastic-like coating. It doesn’t feel like plastic, exactly, it’s pleasant to the touch. It’s actually kind of similar to what the Pixel 2 and Pixel 2 XL brought to the table.

The Google Pixel 4 does have thicker bezels. It comes with a rather noticeable “forehead”, which is also the thickest bezel on the phone. It does not have a notch, or a display hole. The Pixel 5 does include a display camera hole in the top-left corner, but its bezels are considerably thinner. The Pixel 4 has a screen-to-body ratio of approximately 79.8-percent, while the Pixel 5’s is 85.9-percent. It is worth noting that both of these devices are IP68 certified for water and dust resistance. 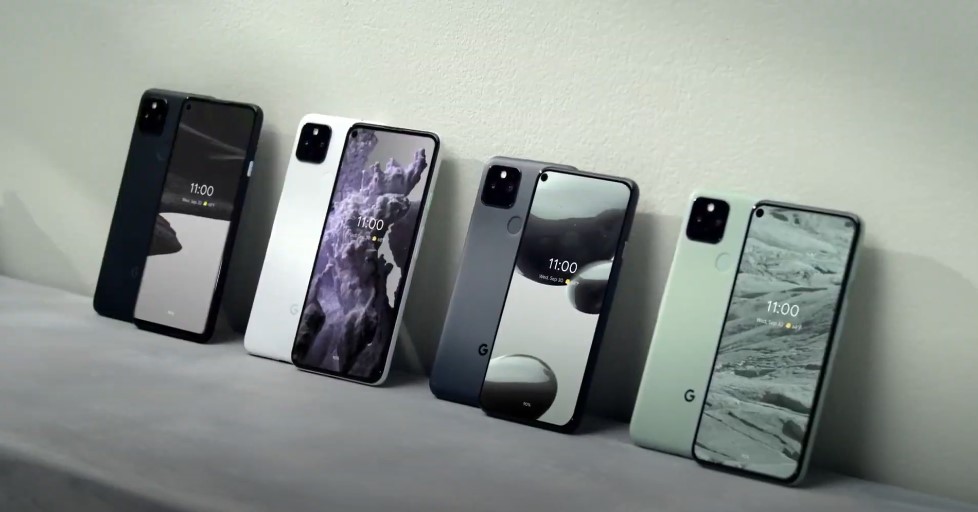 Both of these devices come with OLED displays, though those panels are not identical. The Google Pixel 4 features a 5.7-inch fullHD+ (2280 x 1080) P-OLED display, which is flat. That display is protected by the Gorilla Glass 5, and we’re looking at a 19:9 aspect ratio here. The Pixel 5 comes with a 6-inch fullHD+ (2340 x 1080) OLED display. Its display aspect ratio is 19.5:9, and this display is protected by the Gorilla Glass 6. Both phones support HDR10 content, but the Pixel 5 also offers HDR10+ support. Both of these displays are high refresh rate panels as well, they run at 90Hz.

Now, in terms of general output, both displays are really great. The colors are vivid, punchy, while the viewing angles are great on both. Truth be said, the Pixel 5’s display does offer slightly better viewing angles. The fact the Pixel 4’s display is a plastic one doesn’t really make any difference as the Gorilla Glass protection is placed on top of it, so you’ll only be touching glass either way. The Pixel 5 does have a larger display, while it’s shorter and only slightly wider at the same time. In that regard, the Pixel 5 offers more screen real estate while keeping a better screen-to-body ratio.

When it comes to performance, both of these phones are quite capable. The Google Pixel 4 has a more powerful SoC, despite the fact it’s last year’s flagship processor. Still, you won’t notice any significant difference in performance. They are evenly matched in the display refresh rate area, and their internals run Android 11 at the same pace, pretty much… at least as general usage is concerned. The Snapdragon 855 may load a game a little bit faster, but you won’t even notice that.

When it comes to multitasking, both are excellent. You can quickly switch between apps without a problem, and the two phones are basically a match for each other in this regard. Both are backed by plenty of RAM, and you really should see any issues in the performance department. Even if you plan to game on these two phones, you should have issues to be quite honest. Once again, the Snapdragon 855 is technically a more powerful chip, but both can run even more demanding games without a problem.

All of that will depend on your usage, of course. Some of you will play more games than others, some won’t play them at all. Graphically-intensive usage of a device, or constant downloads, etc. can considerably change the outcome in such tests. So, your mileage may vary. One thing is for sure, though, if you do use both phones and do the exact same things on them, the Pixel 5 will provide you much better battery life. Not only does it have a considerably larger battery, but its SoC is also more power-efficient. 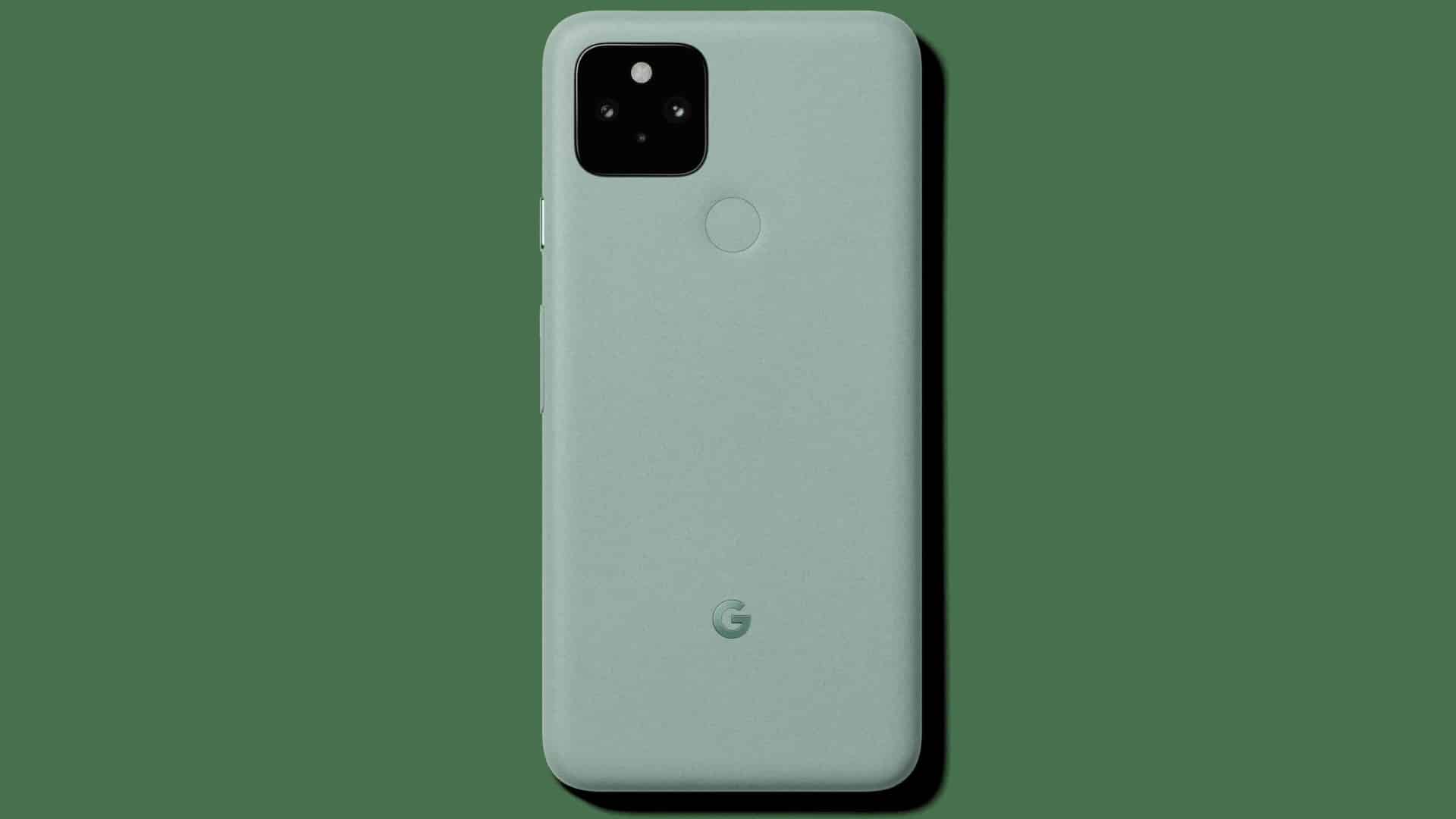 Now when it comes to charging, the two phones are not much different. Both devices offer 18W fast wired charging, and 18W wireless charging. If you need reverse wireless charging, you’ll get that option on the Pixel 5 only. This is far from being the fastest charging out there, but it should be enough for most people. The plus is wireless charging on both phones, that’s for sure.

So, when it comes to camera performance, both of these phones are excellent, to say the least. Google has been using the same main camera on its smartphones for years now, and has only been improving the software. Images taken with the two phones shouldn’t be all that much different, though you should see some improvements on the Pixel 5, mainly in low light. The Pixel 5 also comes with a secondary ultra-wide camera, while the Pixel 4 offers a telephoto unit. Ultra-wide will probably benefit more users, but that’s up to you, both cameras are really good.

Both devices can capture excellent-looking images that are extremely sharp. Google’s software does a great job of balancing them, and these two devices are also amongst the best when it comes to low light photography. Google’s Night Sight feature makes even the darkest of conditions much brighter, in combination with the camera hardware on these two devices. Front-facing cameras are quite similar, and so are the results. They’re good, well, as good as a selfie camera can provide… and yes, Google’s software tackles those images as well.

The audio performance coming from these two phones is good, though it's better on the Pixel 4. Both phones feature stereo speakers, though the Pixel 5 doesn't exactly have a physical secondary speaker. Its secondary speaker is the display, basically, as it vibrates to produce sound. That sound is not as loud as the one coming from the Pixel 4's secondary speaker. The performance of the main speaker is quite similar, though. A 3.5mm headphone jack is not included on either device. That being said, their speakers are loud enough, and they're also sharp enough, though, once again, the Pixel 4's are better.

The audio performance from a good pair of headphones will also satisfy the vast majority of you. The sound is good, but it's not extraordinary by any means. The bass could be a bit better, but overall, it's a good balance across the spectrum. You can either use a wired connection through the phone's Type-C port, or use Bluetooth.