The OnePlus 8T thickness and weight have now been officially confirmed. This information comes from the company’s CEO, Pete Lau. He shared the information via Weibo, a Chinese social media network.

The company’s CEO shared a render of the Aquamarine Green OnePlus 8T, the color the company revealed in an official video. In addition to the back of the device, you can also see its thickness and weight.

The same goes for weight, actually. It will be heavier than the vanilla OnePlus 8, and lighter than the ‘Pro’ model. The OnePlus 8 and 8 Pro weigh 180 and 199 grams, respectively.

That is not a bad balance, to be quite honest. The phone will be quite large with its 6.55-inch display, which is the same display size the OnePlus 8 offers. The OnePlus 8T is expected to be wider, though, due to its flat display.

The image Mr. Lau shared, and the video OnePlus published yesterday, do reveal that the phone will include a glass back. You can also see that its back side will be curved.

The phone will include four cameras on the back

The phone’s rear camera module will protrude a bit, and it will host four cameras, along with a dual-LED flash. OnePlus’ logo is also visible in the provided image, as are its physical volume buttons control.

The OnePlus 8T will become official on October 14, as most of you already know. The company has been teasing the device for a while now, and we do have quite a bit of information at this point.

The OnePlus 8T will offer high-end specifications, such as a 120Hz display, Snapdragon 865 SoC, plenty of RAM, and 65W fast wired charging. If you’d like to know more about the device, check out our preview article. 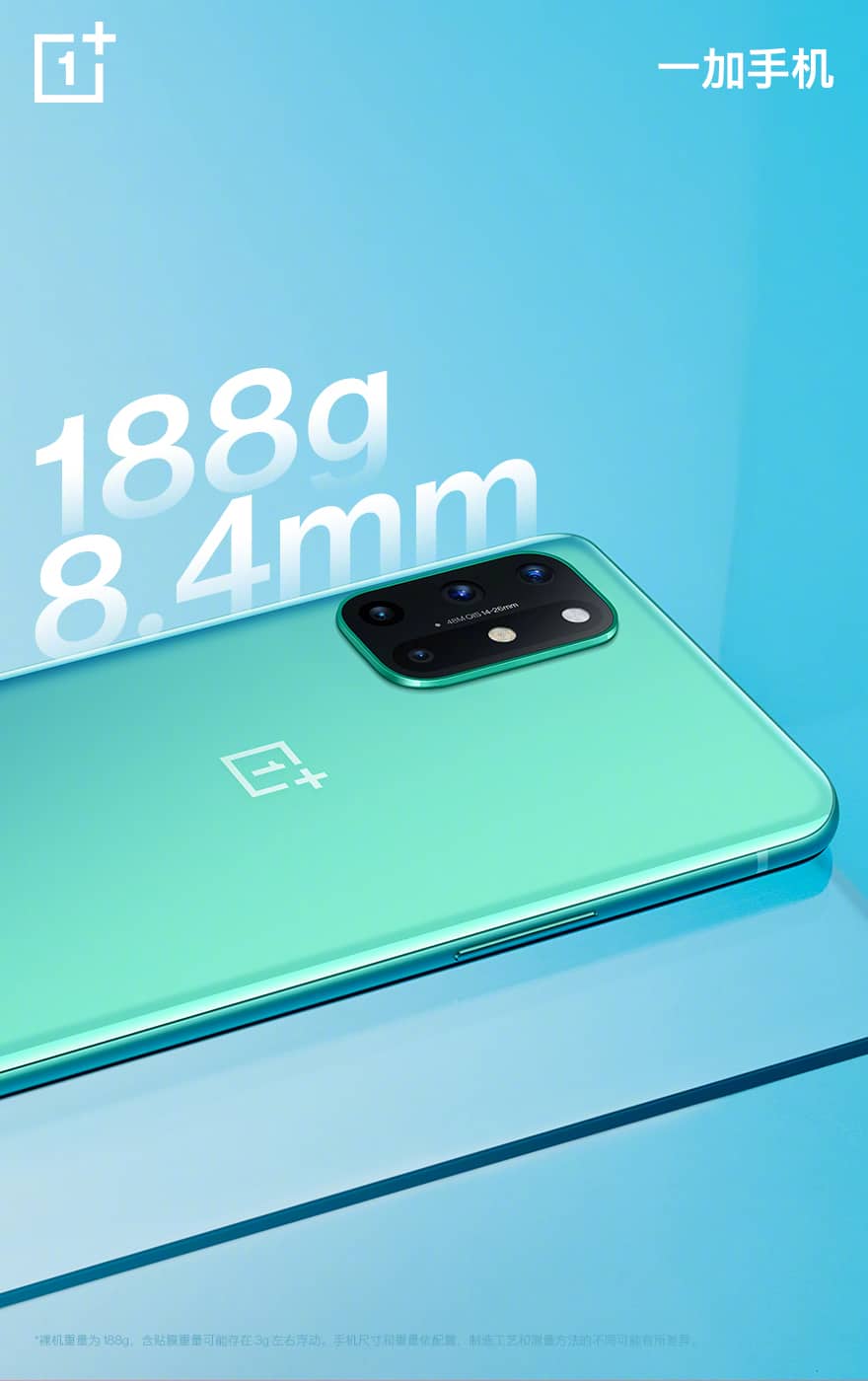