Nokia had last week posted and then deleted the Android 11 update roadmap, leaving everyone wondering if there have been some last-minute changes to the plan. The HMD Global-owned brand has now officially revealed the timeline and it appears to be unchanged.

A total of 14 Nokia smartphones will be making the jump to the latest iteration of Android over the next two to three quarters. The first batch of the lot includes the Nokia 2.2, Nokia 5.3, Nokia 8.1, and the Nokia 8.3 5G. They will start receiving the big update between Q4 2020 and Q1 2021.

Nokia says it has released over 1000 updates in the past three years as part of the company’s “Pure, Secure, and Up-To-Date pledge, keeping your device safe and protected with the latest Android releases. Here’s to the next 1000!” the company adds. Nokia smartphones come with up to three years of security updates and two years of Android OS updates.

Nokia’s Android UI does not make too many tweaks to stock Android but the company still isn’t known for fast updates. And its Android 11 update roadmap tells more of the same story. The company will be upgrading a total of 14 models to the latest Android version, with the last phones slated to get the update in Q2 2021.

There’s no change to its two-years Android update policy either. Samsung recently promised to offer up to three years of major OS updates to its flagships and select upper-mid-range devices. A few other OEMs are also now expected to follow that path.

However, Nokia is seemingly not among them, at least not as of now. The Finnish company is continuing with its existing policy. And that means its 2018 flagship, the Nokia 8 Sirocco, has already reached the end of life. Launched with Android 8 Oreo in February 2018, the handset received Android 10 in April this year. It has failed to make the cut to Nokia’s Android 11 plans. It should continue to receive security updates at least until Q1 2021, though.

Hopefully, Nokia will switch to a three-years Android update policy down the line, at least for flagship models. The Nokia 8.3 5G has just arrived with Android 10 and it’s saddening to imagine that Android 12, which should release sometime in Q3 next year, will be the last major update for this handset. 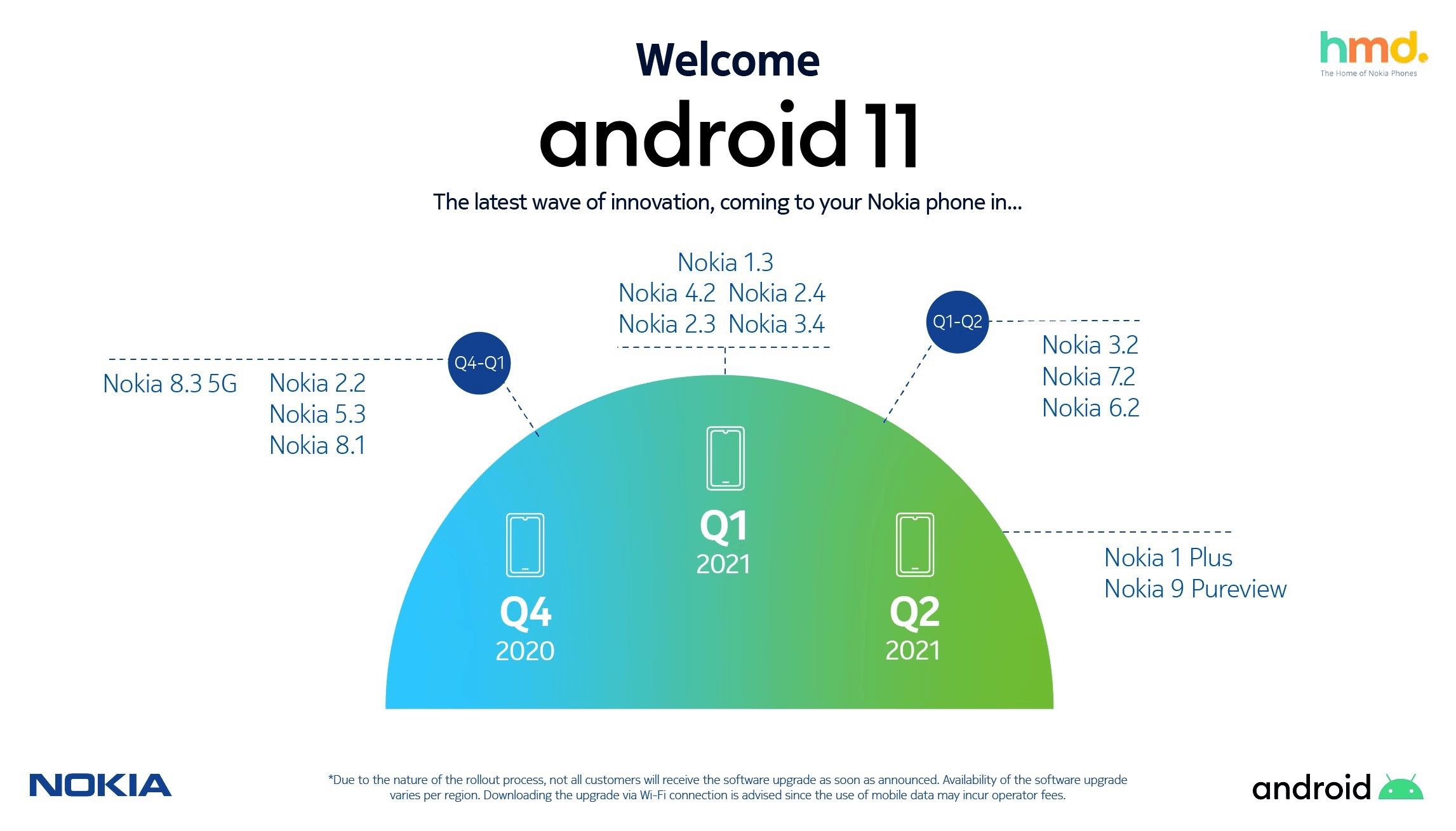