Skip to content
Advertisement
Trusted By Millions
Independent, Expert Android News You Can Trust, Since 2010
Publishing More Android Than Anyone Else
29
Today
114
This Week
379
This Month
2329
This Year
112409
All Time
Advertisement Sony recently announced a new variant of the flagship Xperia 1 II (read as Xperia 1 Mark 2) smartphone in Japan and Taiwan. The upgraded variant packs 12GB of RAM instead of 8GB. The rest of the specifications remain the same. Now, the new 12GB RAM variant of the Xperia 1 II with the model number XQ-AT42 is listed on the benchmarking website Geekbench.

Looks like, the Mirror Lake Green color won’t make it to the Western markets. The company has already revealed the 12GB RAM variant in a couple of Asian markets. Based on the leaks, it will reportedly hit other markets by the end of this month. However, there is no information about the tentative release date yet.

In the US, the unlocked Xperia 1 II with 8GB of RAM and 256GB of onboard storage is currently retailing for $1,098. Speaking of the other specifications, the device comes with a 6.5-inch OLED HDR display with 4K (3840 x 1644 pixels) resolution and a 21:9 aspect ratio. It also offers a 90Hz refresh rate and up to 240Hz motion blur reduction.

It will be available in two new color options

The device will come powered by the 7nm Qualcomm Snapdragon 865 mobile platform coupled with Adreno 650 GPU. There is also a MicroSD card slot for expanding the storage up to. It is also IP68 water-resistant and features stereo speakers. In terms of optics, the Sony Xperia 1 II sports quad-rear cameras.

There is a 12MP primary Exmor RS sensor, a 12MP ultra-wide sensor, a 12MP telephoto sensor, and a 3D iToF sensor. For selfies, there is a single 8MP camera on the front. Even with the 4K display and 5G connectivity, the device packs in a 4,000mAh battery. It supports 21W wired fast charging and Qi wireless charging. 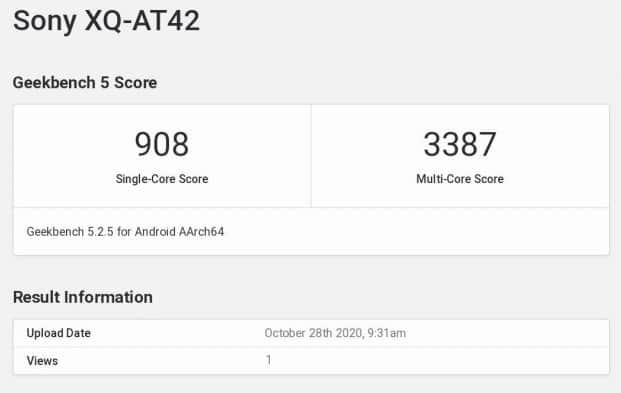