Google just announced the new Nest Thermostat, which we had believed was coming at its Launch Night In event last month, but that turned out not to happen. Instead it was released today via a press release.

Part of the new design of the Nest Thermostat, is the new mirrored finish. So the thermostat doesn’t stand out as much as the older models did. It’s also much thinner. This allows it to blend in better.

And thanks to the new Soli radar chip that is inside, it also brings out some cool new features. Like the fact that it can wake up when you come near the thermostat. Making it easier to adjust the temperature. It can also detect motion and works with the geo-fencing parameters, so it can tell if you have left the house.

Another cool feature here is that when it realizes that no one is around, the Nest Thermostat will go into Eco Mode. This will keep your home at a temperature that you specify, which will require less energy. This is also going to save you money on your heating and cooling bill every month.

Google has also introduced a new controller view that will make it easier to set a temperature. And now you can control the thermostat with the Google Home app. Previously, you had to use the Nest app, and you could connect your Google Assistant to Nest. But it is now fully compatible with the Google home app. And it’s about time.

The Nest Thermostat is available beginning today and will be priced at $129, that is less than half the price of the original Nest Learning Thermostat. It’s available in four colors: snow (white), Sand (a pinkish hue with a rose gold mirror face), Charcoal, and Fog (a pale green). 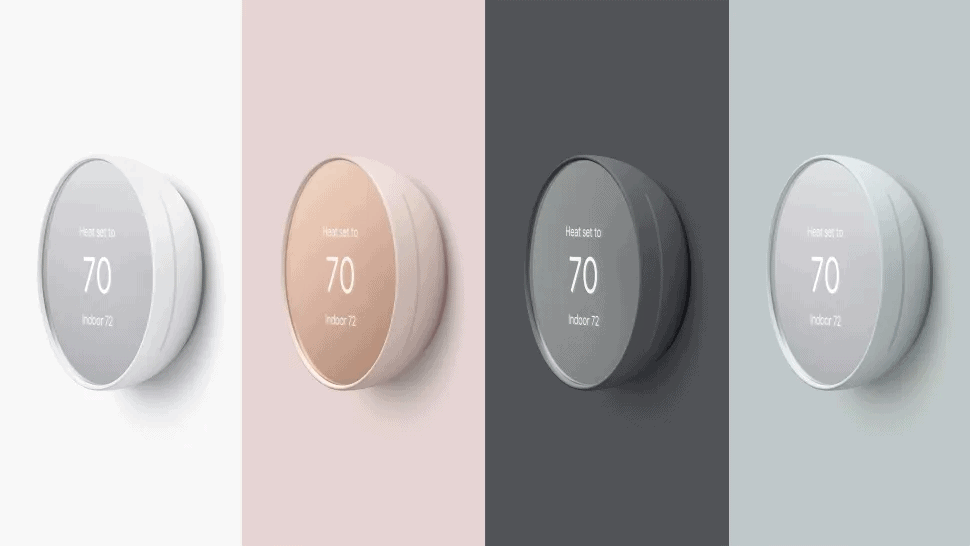