Huawei has long been rumored to launch a Galaxy Z Fold2-like in-folding foldable smartphone. However, recent patents also hint that the company is simultaneously working on a foldable clamshell phone. The new patent, first spotted by Tiger Mobiles, reveals that Huawei is actually looking to incorporate a larger secondary display on the outside of its rumored foldable flip phone.

While Huawei applied for the patent in April this year, it only got approved by the CNIPA (China National Intellectual Property Administration) earlier today. The newly launched Samsung Galaxy Z Flip 5G and Motorola Razr 5G sport a 1.1-inch and 2.7-inch secondary displays respectively.

From the renders included in the documentation, the Huawei flip phone’s secondary display looks a lot bigger than the one on the Motorola Razr 5G. As seen on the Galaxy Z Flip, there are also dual camera sensors on this device. While the Galaxy Z Flip comes with horizontally aligned cameras, Huawei appears to be going with vertical alignment.

There is no clear indication of the front camera. Either the company will completely get rid of it or they could opt for an under-display camera. While the power button is located on the right side, the volume rocker can be found on the opposite side.

It might introduce 120Hz refresh rate with its upcoming foldable smartphone

Unlike first-gen foldable smartphones, the flip phone form factor doesn’t offer a tablet-like display when they’re unfolded. Instead, it makes them smaller than regular candybar smartphones when folded. Apart from the larger cover display, the Huawei flip phone’s overall design resembles a lot like the Galaxy Z Flip.

While Samsung is using UTG (Ultra Thin Glass) to protect its foldable displays, Huawei will likely continue to use the CPI (colorless polyimide). Previous leaks revealed the upcoming Mate X2 foldable smartphone to come with a 120Hz high refresh rate.

If everything goes as per the plan, it could also become the first-ever Huawei smartphone to sport a 120Hz display. Even the newly launched Mate 40 and Mate 40 Pro smartphones come with 90Hz displays. Both the Mate X and Mate Xs smartphones launched by Huawei came with an out-folding foldable display.

Since the plastic layer on the top doesn’t offer much protection, the foldable displays on Huawei smartphones are more fragile. It’s good to see them opting for an in-folding design for their upcoming foldable devices. 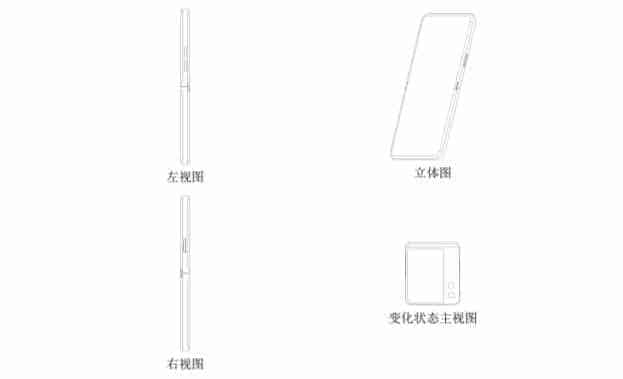