Netflix has just reported its Q3 2020 performance and the results are stellar, although it slightly missed its own subscription projections. The streaming juggernaut added 2.2 million net new customers worldwide over the three months period between July and September. The company had predicted 2.5 million new subscribers for that period and it missed the target by 300,000 users.

Streaming services including Netflix were already expecting slower subscriber growth in Q3 after subscriptions spiked in the first two quarters when lockdown measures against the COVID-19 pandemic had forced people to stay home. Netflix had added 25.9 million new subscribers in Q1 and Q2 combined.

However, despite the slower growth in Q3, the streaming giant has now reached 195 million subscribers globally. It expects to further gain 6 million new subscribers in Q4, hitting the 200 million milestone before the end of 2020.

While Netflix has failed to reach its internal subscription projections for Q3 2020, the company still saw strong increases in revenues and net income. It reported total revenues of $6.436 billion for the period. The figure is slightly up from total revenues of $5.768 billion in Q1 and $6.148 billion in Q2 2020. The net income of $790 million is also up from $709 million and $720 million in the first two quarters.

The company says it is seeing healthy subscriber retention. Engagement per member household was also up solidly in the past quarter. It is now looking to build on this momentum and attract more subscriptions ahead of the upcoming festive season.

As a reminder, Netflix has removed free trial offers from almost all major countries around the world. The company, however, has alternative plans to try and attract potential subscribers. It already offers a free portal where a select number of movies and episodes are available to watch without needing a subscription.

The streaming giant is also prepping to start a new StreamFest promotion to drive subscriptions. Under this offer, anyone who doesn't have a Netflix subscription will be able to stream content on the platform for two days, for free. The 48-hour trial event will kick off in India on December 4th, 2020.

Netflix also plans to launch more original content next year. It expects the number of Netflix originals to go up year over year in each quarter of 2021. The company also promises to continue to invest heavily in local language content. 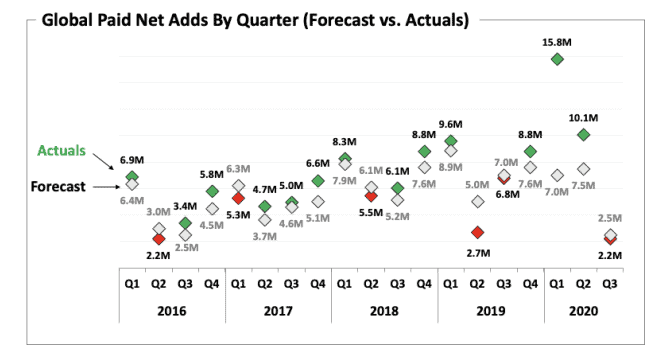 Advertisement
Trusted By Millions
Independent, Expert Android News You Can Trust, Since 2010
Publishing More Android Than Anyone Else
1
Today
1
This Week
181
This Month
1455
This Year
111557
All Time
Advertisement