We know that foldable devices are not that durable as a traditional slab phone. And the latest Motorola Razr 5G Amazon package box comes with a fingerprint warning, which is an unusual sight.

Notably, this warning is there in the Motorola Razr 5G Amazon packaging box because someone else might have unboxed your new phone and folded it for you.

Strange? Well, yeah, it is. According to a now-removed Amazon product listing, the Motorola Razr 5G was meant to be shipped in an unfolded position.

However, in order to protect the fragile foldable display on the phone, someone else will be folding the phone for you. And there could be some fingerprints of those people on the device.

Which is the reason Amazon is putting a fingerprint warning on the Motorola Razr 5G Amazon packaging box. But Amazon employees will not be going the folding, it is rather Motorola itself.

This statement was given to The Verge by Amazon. Amazon further stated and clarified to The Verge that it did not open any of the Motorola Razr 5G packages. And Motorola has already taken the credit for folding the device, officially.

Something does not add up here. We get it. All these extra measures and precautions have been taken in order to protect the fragile display on the device.

However, since the phones are being packaged at the factory level by people wearing gloves, then why there is a warning about fingerprints on the device?

Clearly, the statement given by Motorola depicts that the phones are being folded before leaving the factory. But the warning implies that the company has been manually folding the phones.

The Motorola Razr 5G and its previous model came in fancy boxes. The box was meant to showcase the device in its open stance. Besides, the box also acts as a passive speaker when the phone is mounted on it.

Apparently, it is still not clear how many of the Motorola Razr 5G phones bought from Amazon are shipped in a closed position. It seems clear the Amazon and Motorola do not want to take any chances with the safety of shipping the $1,399 phone.

This gives us some hint of why the company is taking extra care and shipping the Motorola Razr 5G in the folded position. The company has assured that the phones will be in brand new condition.

Let us know in the comments below what are your thoughts on this extra measure taken by Amazon and Motorola to safeguard the device. And whether you are okay with someone else touching your phone before it is being delivered to you. 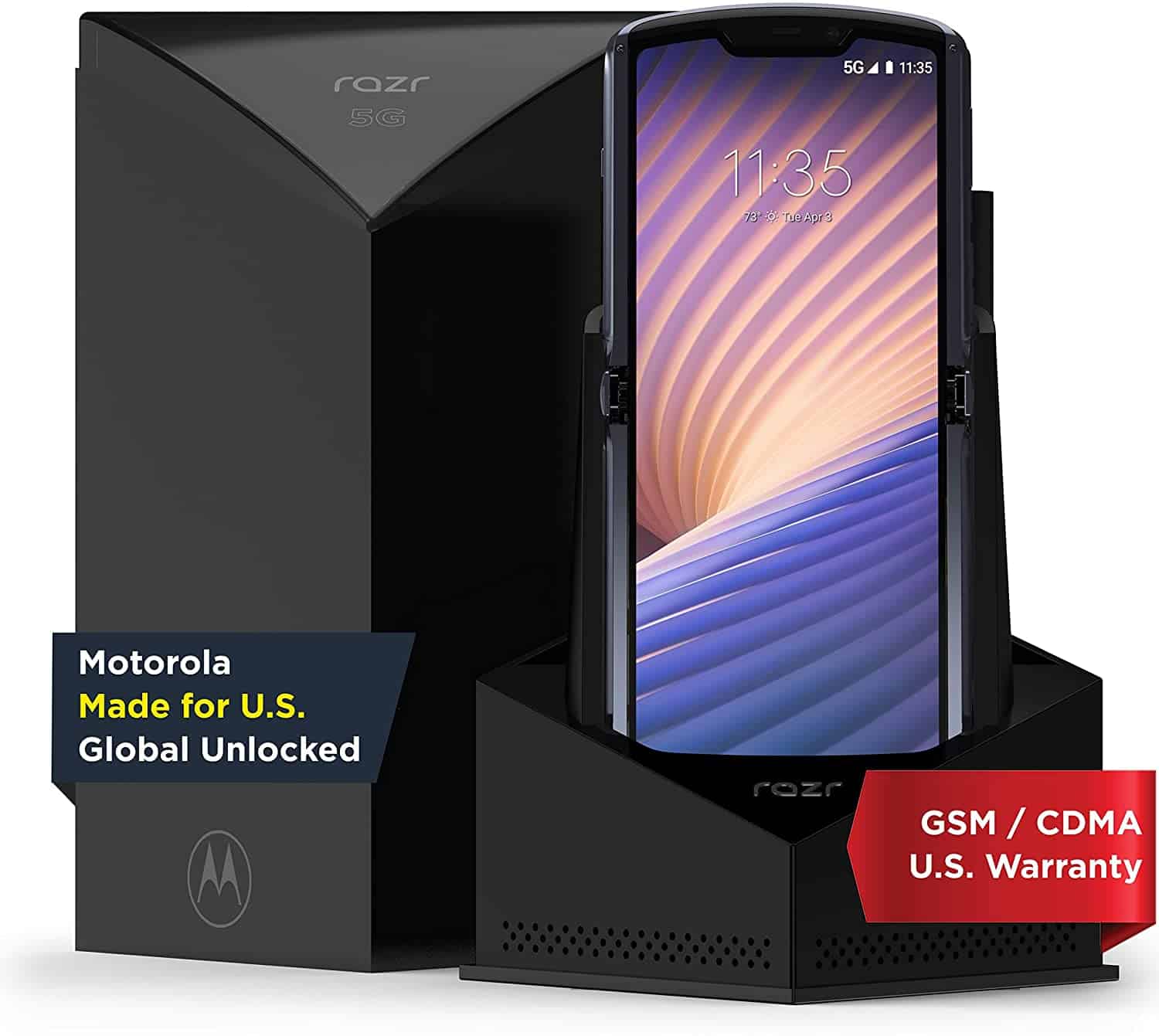