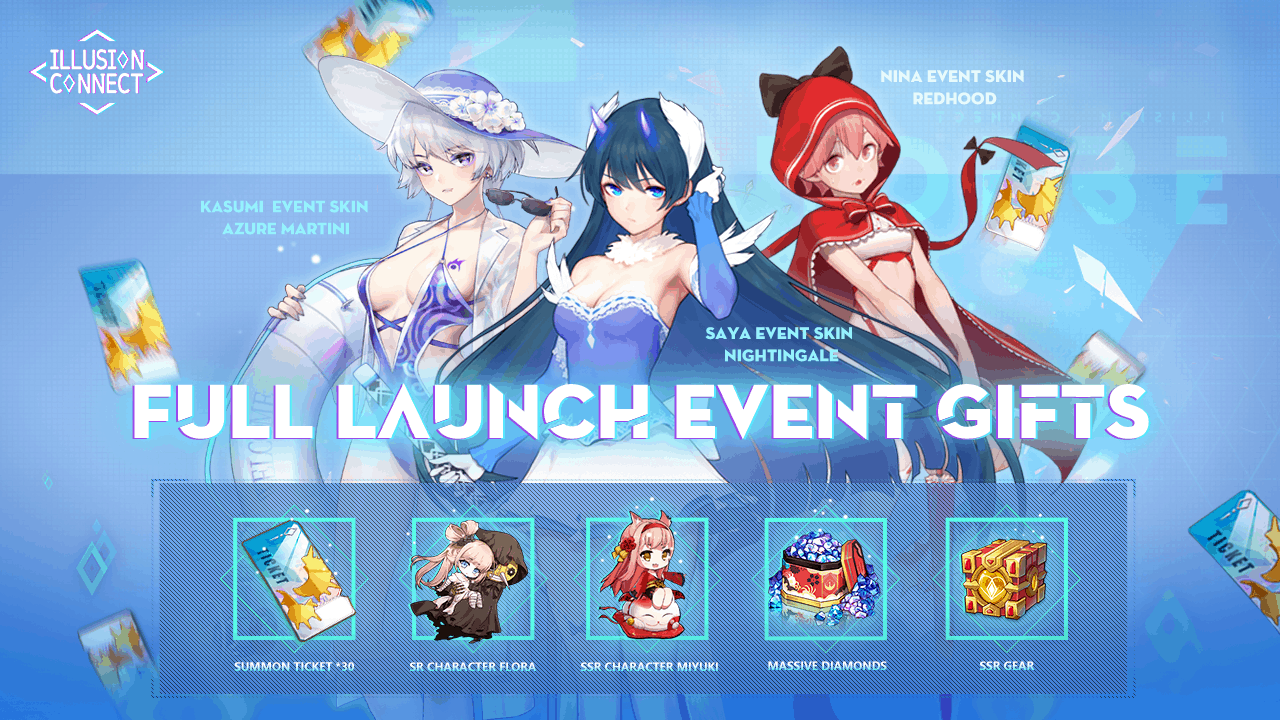 It gets better. Having smashed through 600,000 pre-registrations, the game launches with a variety of events aimed at rewarding the eager crowds and helping everybody hit the ground running.

In case you’ve somehow missed all the pre-release coverage, Illusion Connect is a gorgeous RTS in which your goal is to recruit Radiants to your army before forming them into squads and sending them into battle against fearsome Nightmares.

These Radiants are all voiced by top vocal talents like Hitomi Nabatame (Overwatch), Kanae Oki (God Eater Burst), and Natsuki Hanae (Fire Emblem Heroes), and there are 50 of them in total to recruit into your army.

When you’re not engaged in military strategy or tactics, however, you’re pursuing a much gentler agenda: getting to know your Radiants. Each of them has their own personality, background, hobbies, and daily life to learn all about as you all rest and recuperate in your customizable home.

To reward the legions of players who propelled Illusion Connect past 600,000 pre-registrations, Superprism is giving away tons of goodies via a host of different introductory events.

You can get a stack of Diamonds, SSR partner Miyuki, and Nina’s Redhood skin just for logging in for eight days in a row. And that’s just for starters.

There’s also an Anna’s Gift event, consisting of a load of stages that you can clear in order to win Diamonds, SSR gears, and Coins. SEED’s Recruitment, meanwhile, rewards you with 30 Summon Tickets and a Bikini skin for Kasumi in exchange for collecting a set number of SR and SSR partners.

The Dreamweaver event takes place three days after you create your character, and it lets you accumulate stage stars to get Diamonds. Then there’s Journey of Growth, which involves completing all seven-day objectives in order to earn a nightingale skin for Saya, as well as an upgrade from R to SSR.

And there’s a summon x10 gacha bonus for everyone who instals the game, giving a guaranteed SSR partner in the form of Frantiva, Nicola, or Hotaru.

Download Illusion Connect for free right now to take advantage of this bounty. It’s available on Google Play and the App Store. Keep up to date about the game via its official social media pages too, namely Facebook, Twitter, YouTube, Instagram and Discord. 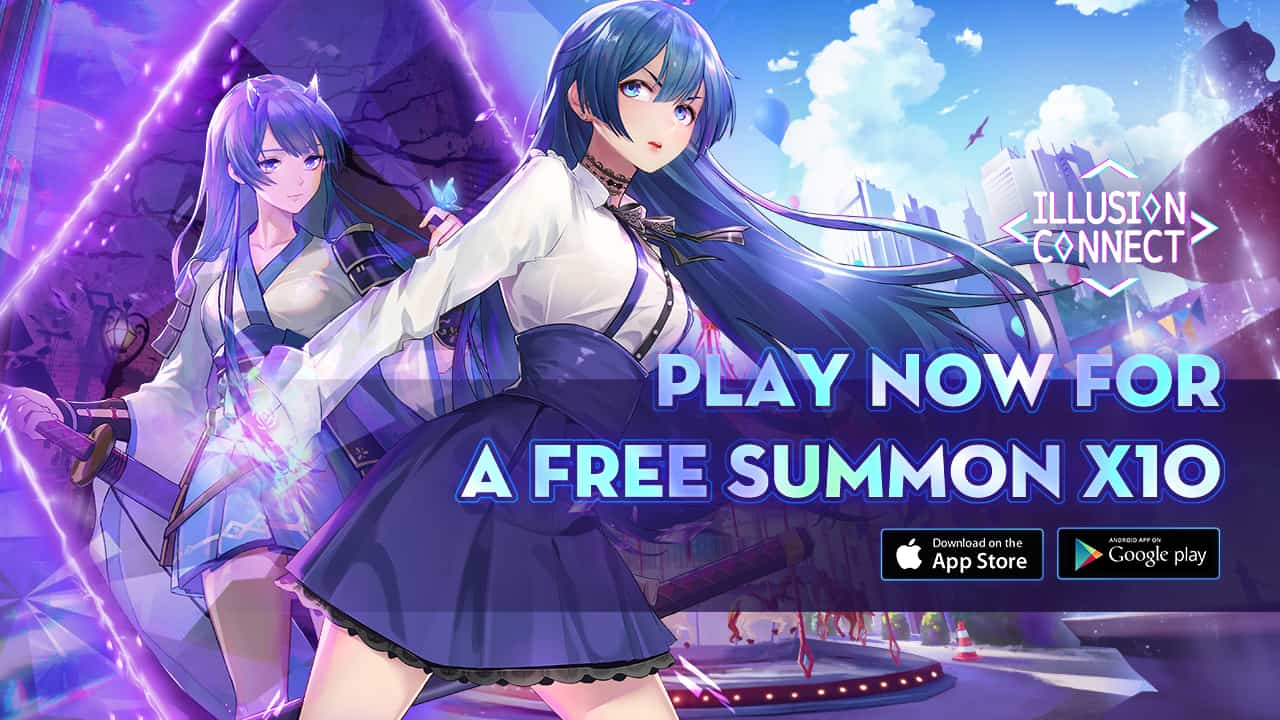