The Huawei Mate 40 series will launch on October 22, the company has confirmed. Huawei went to social media to confirm the arrival of its new flagship series, as we’re expecting to see two or three phones at the event.

The Huawei Mate 40 will launch on October 22, starting at 2 PM CET

The company will live-stream its press event on October 22, which is set to kick off at 2 PM CET / 8 AM EST / 5 AM PST / 1 PM BST. The official tagline for this event is ‘Leap Further Ahead’.

Based on the image that the company shared via Twitter (shown below), the focus will once again be on photography… amongst other things. The company also used the ‘Unprecedented Power is coming.’ tagline for this announcement. 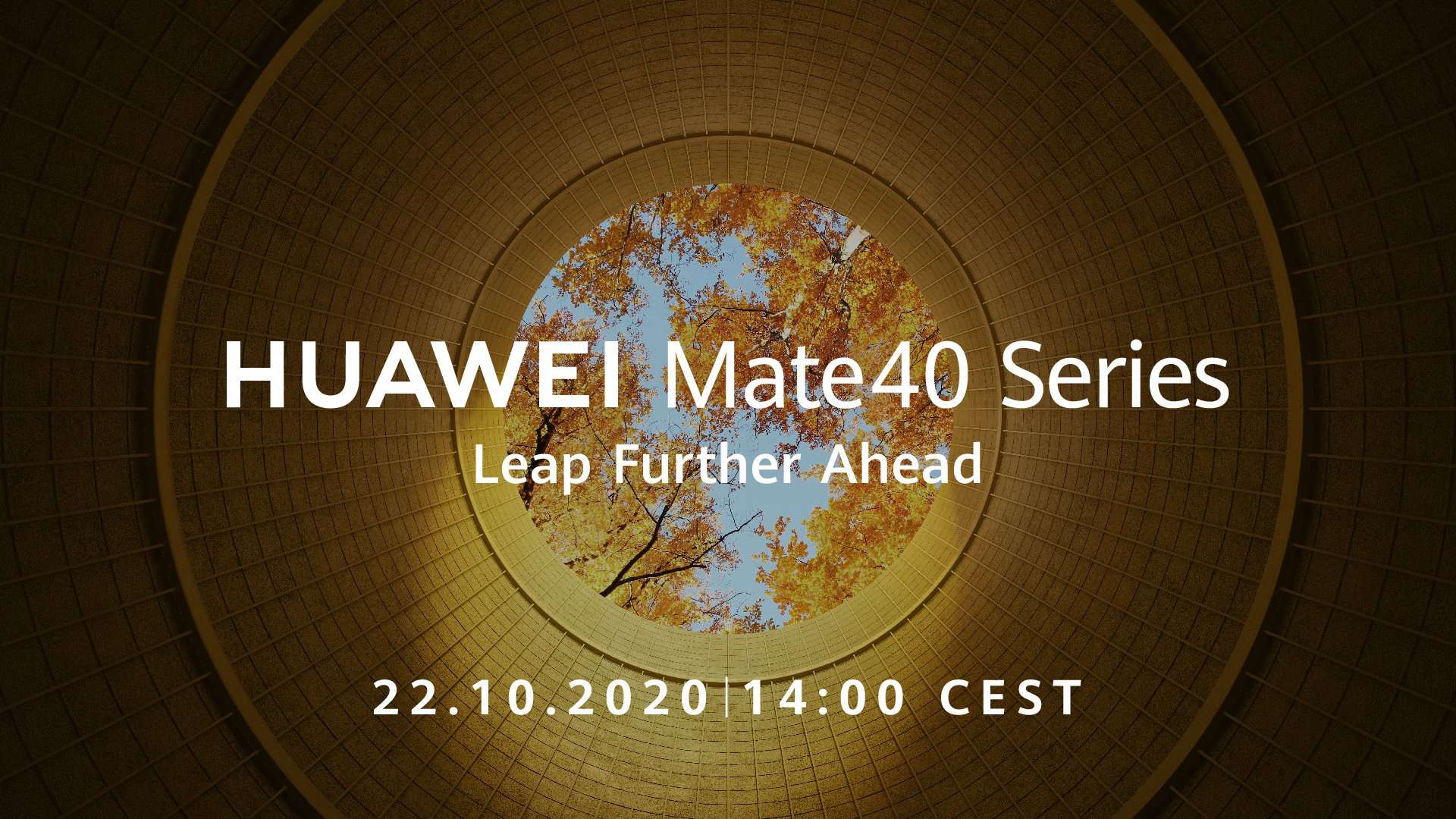 The Huawei Mate 40 flagship series will be fueled by the company’s brand new flagship SoC, the Kirin 9000. That will probably be its name. We initially thought it will be branded as the Kirin 1000, but that won’t be the case, it seems.

The Huawei Mate 40 series will likely consist out of the Mate 40, Mate 40 Pro, and Mate 40 Pro Plus. We’re only guessing here, based on what the company announced for the P40 series. It is possible that Huawei will stick to two flagships only.

Huawei will likely use the metal + glass combo here

These phones will likely be made out of metal and glass, and at least some of them will offer curved displays. OLED displays are expected, and chances are that we’ll get high refresh rate panels on all models.

Android 11 will likely come pre-installed on all devices, but without Google Services, of course. The company’s new variant of EMUI is also expected on top of Android 11. Harmony OS is expected to arrive next year, though.

It remains to be seen what we’ll get in the camera department, but Huawei basically always delivers in that regard, at least when its flagships are concerned. You can expect quite a few cameras to be included overall.

The Huawei Mate 40 leaks haven’t exactly been raining upon us lately, so for the most part, these devices are a mystery. Tune in on October 22, and find out what we’ll get.