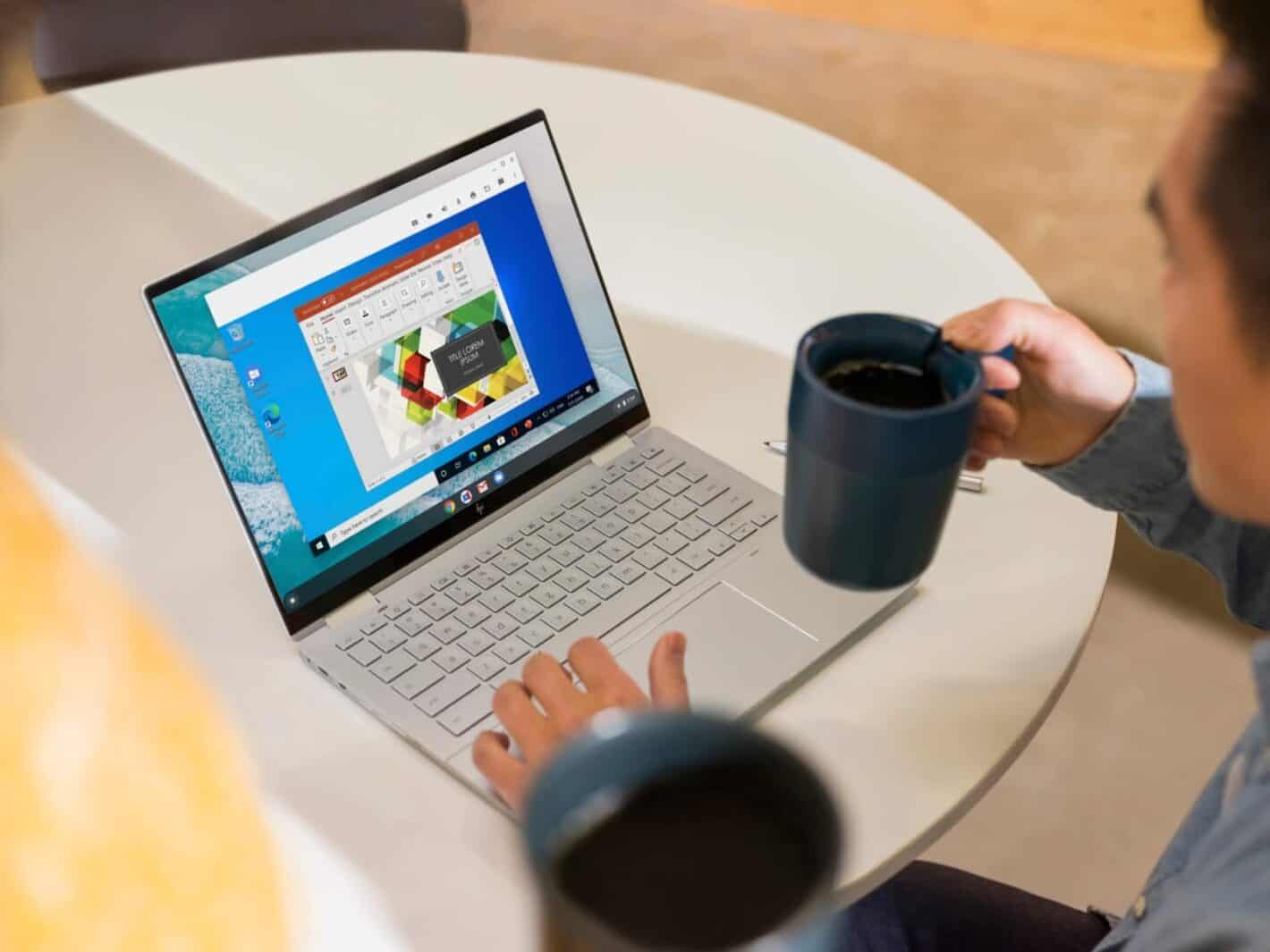 HP has now announced the release of Parallels Desktop for HP Chrome Enterprise, delivering Windows software to its Chromebooks. Now, the news won’t apply to every Chromebook bearing HP branding right out-of-the-gate. But this is still big news for companies looking to expand the functionality of their Enterprise Chromebooks.

Summarily, Parallels Desktop allows supported Chromebooks to run Windows virtually. Windows is run on those Chromebooks in a managed sandboxed environment, similar to how Linux and Android apps are supported. With the solution in place, Chrome Enterprise devices can run the Windows OS and its apps on Chromebooks built by HP. But this solution goes quite a bit deeper than that too.

For starters, IT admins will be able to quickly license, deploy, and manage the Parallels Windows environment via the Google Admin console. Perhaps more importantly, the Windows environment in question will integrate seamlessly. In effect, allowing users to jump back and forth or run both Chrome OS and Windows side-by-side. And that includes cross-platform copying, pasting, file sharing, printing, sound management, and more.

All of that’s possible with or without an internet connection too.

What are the requisites?

There are a few requirements to get Parallels Desktop up and running on HP Chromebooks. Not least of all, Parallels is built to work with Intel platforms. Specifically, in HP’s case, Intel Core i5 and i7 chipsets, enabling just about any Windows legacy apps and ERP software. It’s not going to work on other machines with different hardware.

At a minimum, the solution will also require 8GB RAM and 128GB storage as far as HP devices are concerned. And it will require a Parallels Desktop licenses as well as a Microsoft Windows license that’s not included with Parallels. Of course, Chrome Enterprise Upgrade is required. There’s been no word as to if or when Parallels might come to the general user base but it won’t likely be soon if it does.

Parallels Desktop arrives soon for HP Chromebooks but how much does it cost?

In terms of pricing, HP says that Parallels Desktop for HP Chrome Enterprise will be available on a license. That’s with a yearly license costing $69.95 per year. And that’s available via HP directly or through its Enterprise channel partners. In the interim, interested parties on the supported Chromebooks can get details to check out a trial of Parallels for free from HP.