The OnePlus Gallery received a whole new design recently, and if you don’t like it, you can replace it with Google Photos. In this article, we’ll show you how to do that, as it’s not that complicated. By doing the following procedure, you’ll even be able to use Google Photos straight from the OnePlus Camera application. In other words, the OnePlus Gallery will cease to be a factor on your OnePlus device altogether, it will be completely disabled.

Disabled is the keyword here, as that’s exactly what we’ll do. First, you’ll need to open up your app drawer, and track down the OnePlus Gallery app. At that point, hold your finger on the app, until a pop-up appears, and then tap the ‘App info’ option. Once you do that, you should see the disable option, as shown in the image below. It’s located right between the ‘Open’ and ‘Force stop’ options. Once you tap that, you’ll be warned that some apps may no longer function as intended, as this is a system app. 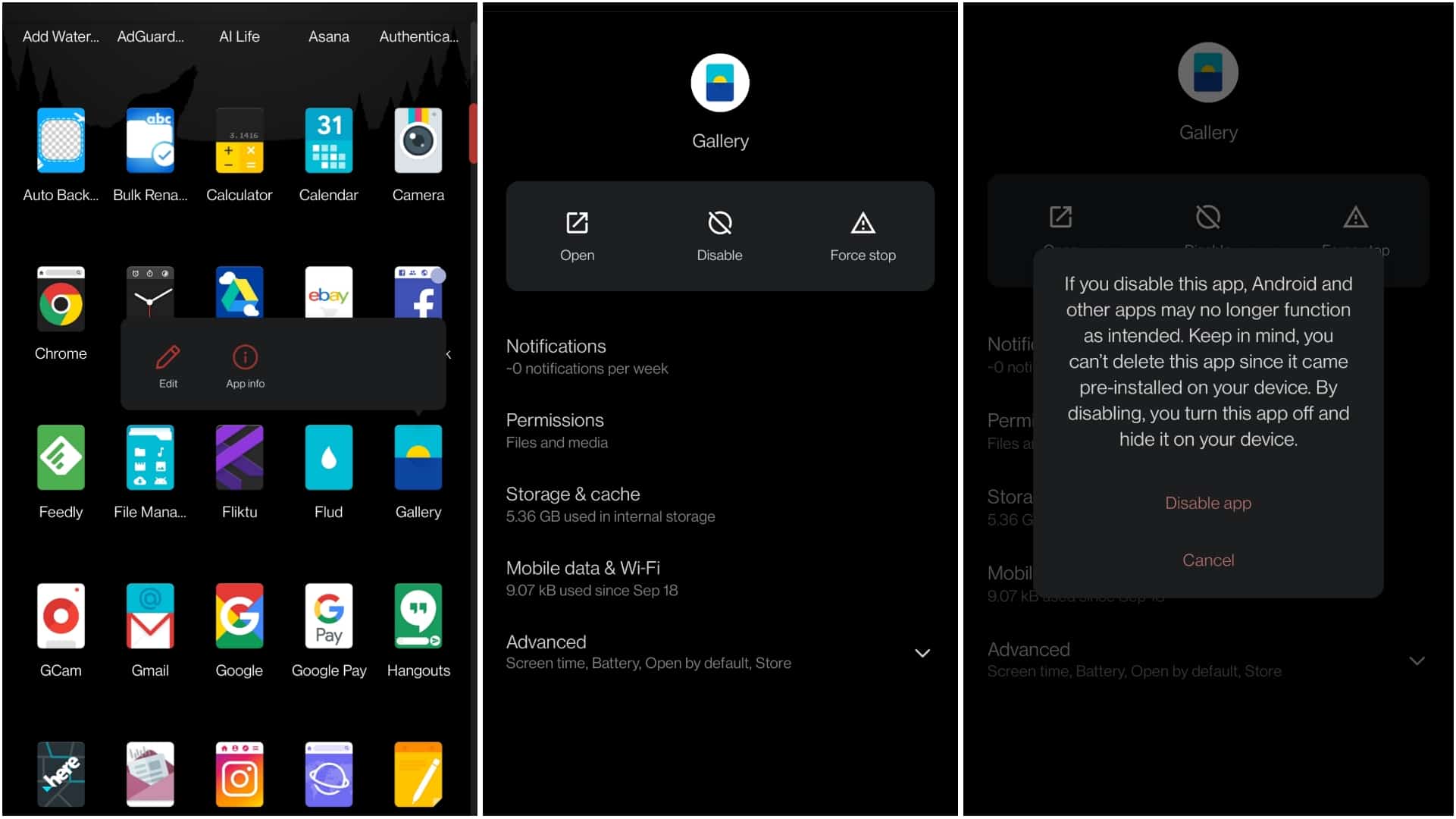 That being said, you shouldn’t have any issues following its deactivation. If you do, you can simply reactivate it and be done with it. That app will still be listed under your apps once you head over to the ‘Settings’ section of your phone. So, don’t worry, this won’t delete it or anything of the sort. Once you confirm the procedure, you’ll be reverted to another gallery on your phone. If you have only OnePlus Gallery and Google Photos installed, Google Photos will be selected immediately. If not, you’ll need to do it manually.

Set Google Photos as your default gallery app, if not set automatically

Head over to ‘Settings’, and scroll down to the ‘Apps & notifications’ section. There you’ll see the ‘Default apps’ menu, enter it. Here you’ll see default apps selected for various different services, from SMS and Music, to Camera and Phone. What we’re looking for is the ‘Gallery App’. Once you spot it, tap on that, and here you’ll be able to select ‘Google Photos’ as your default gallery, if it’s not already selected. If it is, leave it be. 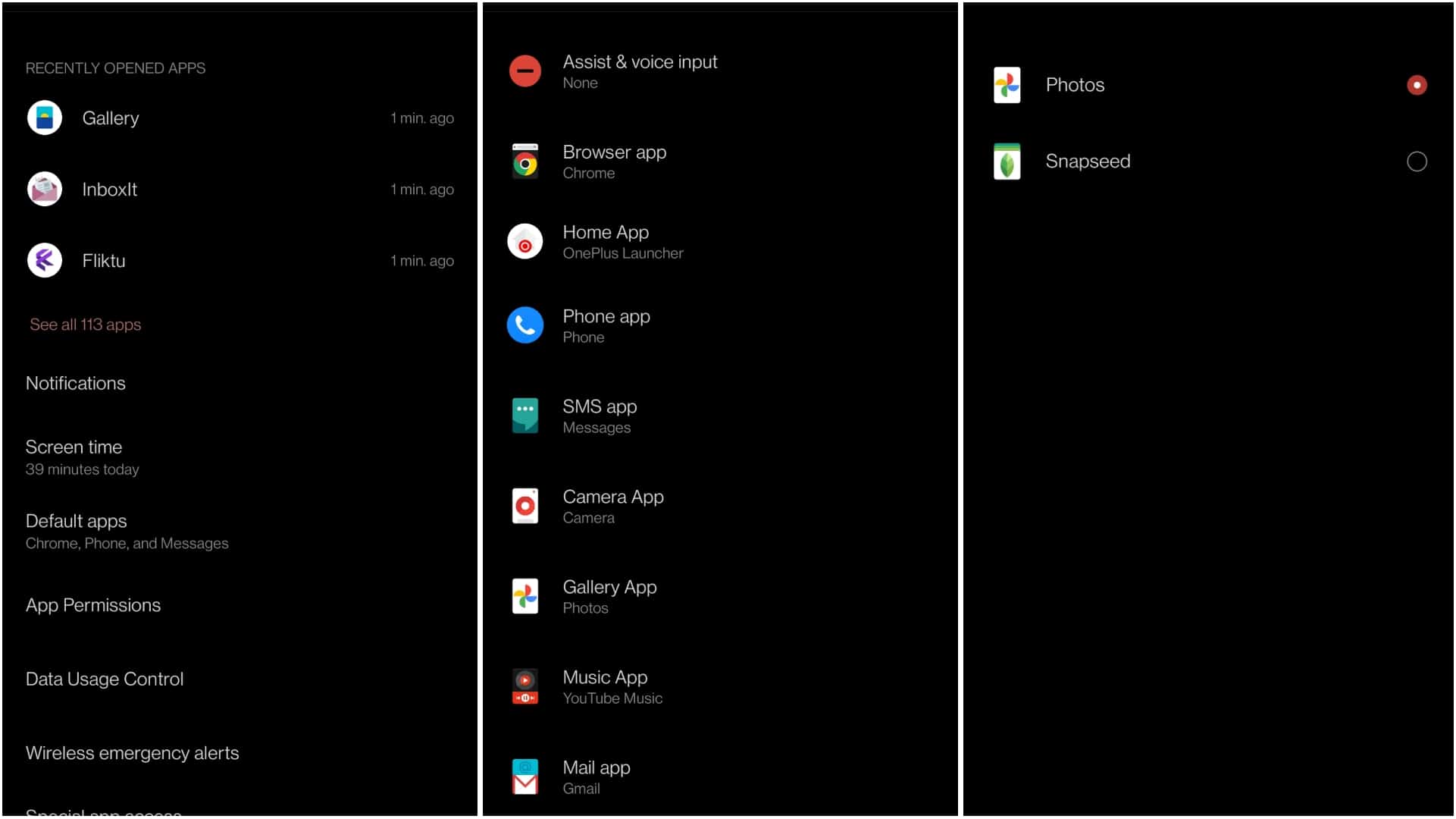 Google Photos will now be the default gallery on your phone. Once you open the OnePlus Camera, and snap a picture, simply tap the circle in the bottom-right corner to access that image. Google Photos will appear, as OnePlus’ Gallery app is now gone. Now, some of you may wonder, why should I do this? Well, for some people, the reason will be that they simply don’t like the OnePlus Gallery. The app actually looks really good in my opinion, especially after the last redesign. But some of you may disagree. Another reason may be… well, you want to back up your photos to Google Photos, and want to avoid using two gallery apps. 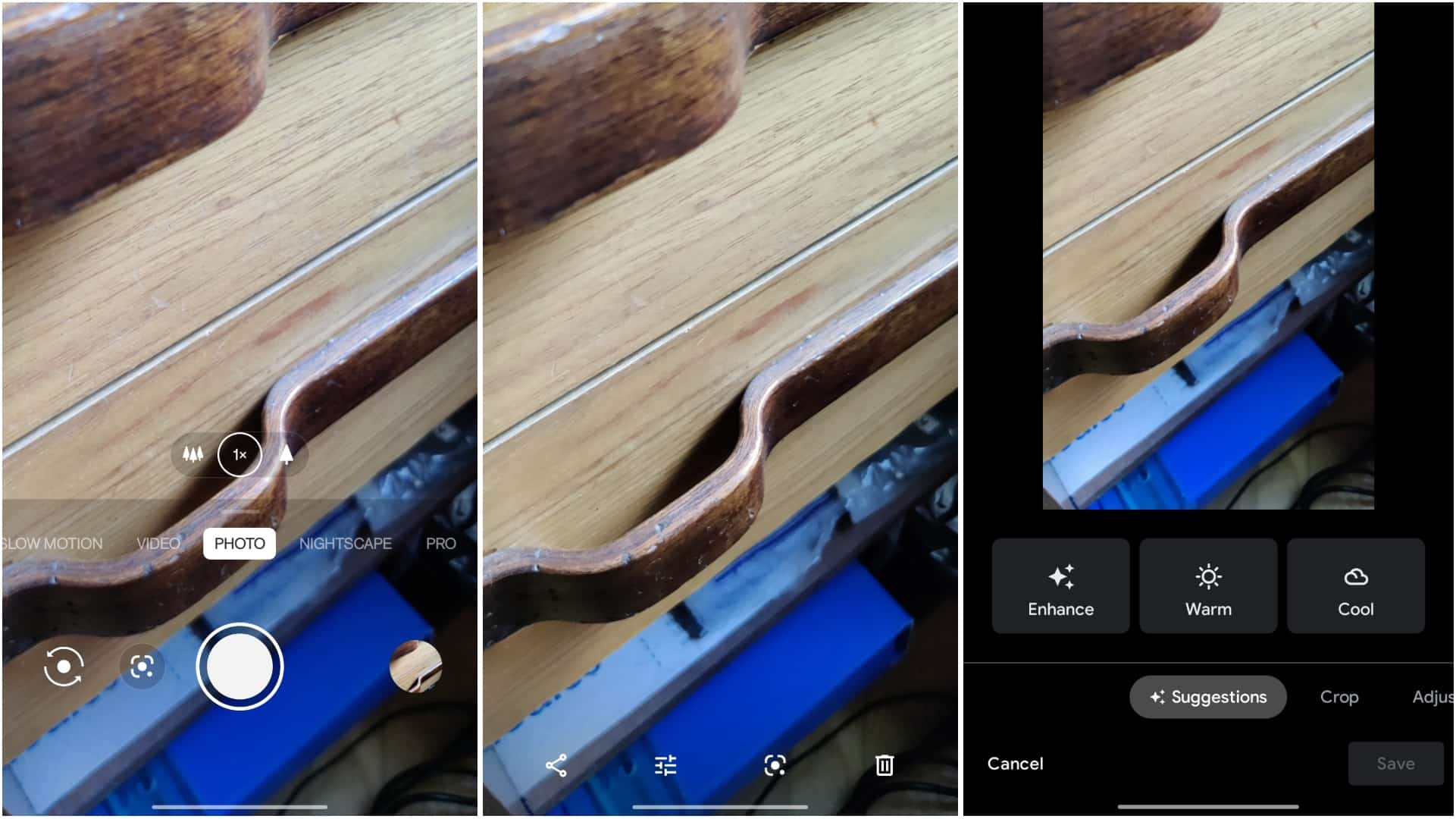 This way, Google Photos will be your main gallery app

Now, do note that I’ve managed to do this without a problem on my OnePlus 8 handset. I did it on both Android 10 (a while back), and now on Android 11. I also managed to do it on the OnePlus 8T, which is running Android 11. So, if your OnePlus handset is running on either Android 10 or 11, you should be able to do this without a problem. Once again, if you do stumble into any issues, you can simply reactivate the OnePlus Gallery app, and be done with it.