Google unveiled two mid-range 5G capable phones this year, i.e. the Google Pixel 5 and Pixel 4a 5G. And as per a report by the Wireless Power Consortium, the Pixel 5 has slightly faster wireless charging compared to Pixel 4.

Well, Google Pixel 5 is a mid-ranger and comes with a Snapdragon 765G processor to even out the price tag. Besides, the phone does not look flashy, and it definitely means business.

You get a reliable and brilliant Google image processing with two cameras on the phone. It packs a 4,000 mAh battery and also ditches the IR facial scanning for the rear-based capacitive fingerprint scanning.

On the other hand, Google Pixel 4 came with Snapdragon 855 processor, a mediocre 2,800 mAh battery, and all those facing Project Soli hand gestures and IR-based facial scanning features.

However, despite being a mid-ranger, the Google Pixel 5 managed to beat, although by slight margins, in terms of wireless charging. Note that it was the Google Pixel 3 that brought in the Qi charging to the lineup.

But it was capped at 5W charging only available via the Pixel stand. Thankfully, Google took a detour, and with Pixel 4, it changed this capping to 11W and you could use almost any Qi Charger for wireless charging.

No, we are not advising Google to take up some jarring numbers. But as per current standards, it should have been at least 15W wireless charging.

It is too late for Google to take that advice now, but we can expect them to have this number in their mind for their next device. Besides, Google Pixel 5 is capable of 12W fast charging on a compatible Qi wireless charging.

And since it is 1W faster than last year's Google Pixel 4, there is a marginal difference between the speeds at which both Pixel 5 and Pixel 4 wirelessly charge themselves.

While we are already looking at other OEMs going ahead with providing better features and faster wireless charging, we could only hope Google takes a positive step in this direction.

Moreover, Google can also improve on that 5-year old 18W wired solution and dial the numbers up to about 25W or even 30W. All these numbers would help Google to position its smartphones among other competitive devices.

Because other OEMs are very well and brilliantly catching up with the latest trends in the market. So, the next year's Google Pixel 6 demands to be something extra-ordinary. 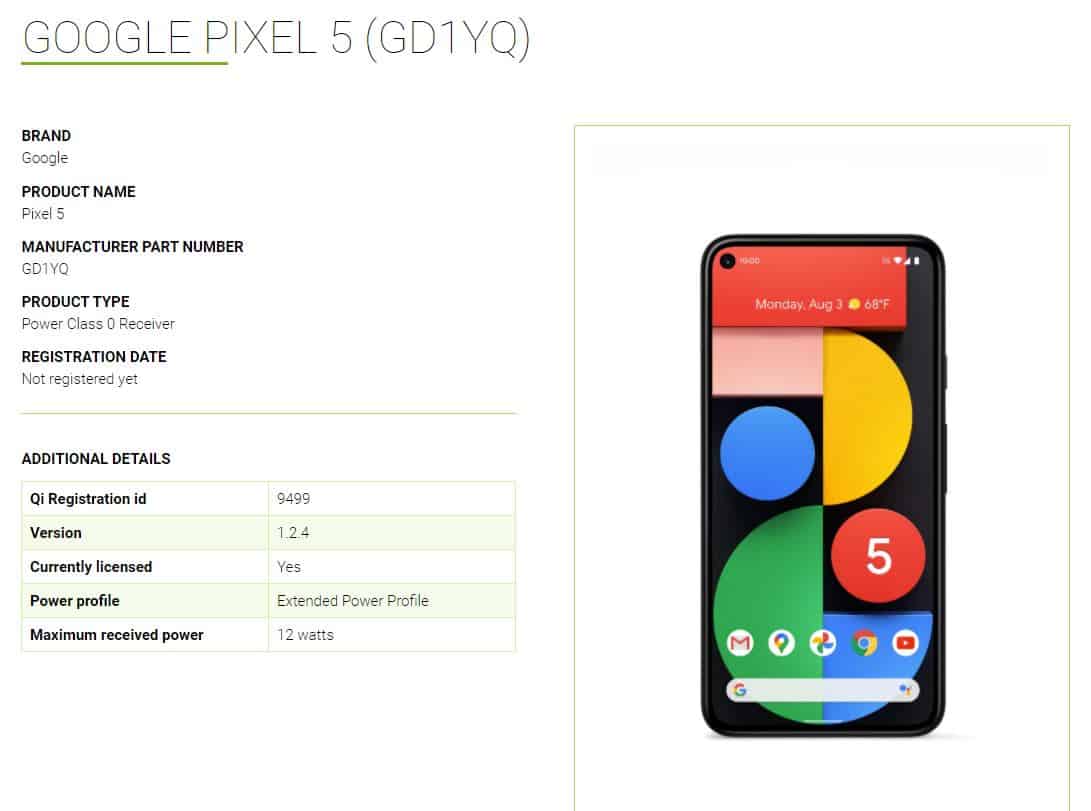