The Samsung Galaxy Z Fold 2 arrived last month packing significant improvements over its predecessor, the Galaxy Fold. The third model in the series may now come with another set of big improvements. A newly published utility patent from the company suggests that the third-gen Fold may come with a light indicator incorporated into the hide-away hinge.

Samsung had filed this patent with the World Intellectual Property Organization (WIPO) in March 2019. WIPO published the 44-page documentation for the patent application last week. Since the application was filed around the time when Samsung had just announced the original Fold, the sketches in this patent document are based on its design. However, the end product should look more like the Galaxy Z Fold 2 that features a bigger outer display.

The sketches in the document show an elongated light indicator mounted on the hide-away hinge of the device. It is a strip with LED lighting elements and a protective translucent layer on top. It combines multiple light colors to notify users of incoming calls, messages, and other essentials with visual and decorative effects.

Of course, the foldable phone already has an outer display that lets users see and respond to all such notifications. However, having an additional indicator may help in situations where the device is kept upside down on a table. Additionally, if the device is in your bag with sound and vibration turned off, a glance on the light indicator will give you information about newly received notifications.

Samsung doesn't provide any additional information about the implementation of this light indicator. However, there's a good chance it'll debut on the Galaxy Z Fold 3, which should arrive in about one year from now.

Foldable smartphones aren't mature yet and there's plenty of room for improvement. Samsung has already gained a considerable lead over its rivals in the market. It is now working on improving the productivity of foldable smartphones.

Samsung is exploring the possibility of adding S Pen support to its folding lineup. Latency issues may be halting the progress but the company will likely overcome those issues over time. S Pen can add great value to the Fold series devices that feature big screens.

There are also reports of the Galaxy Z Fold 3 being the first Samsung smartphone to feature an under-display camera (UDC). The company was initially planning to introduce UDC tech with the Fold 2 but poor yield-rates have forced multiple delays. It reportedly isn't yet ready with the new tech to begin mass production in time for the Galaxy S21 series either. 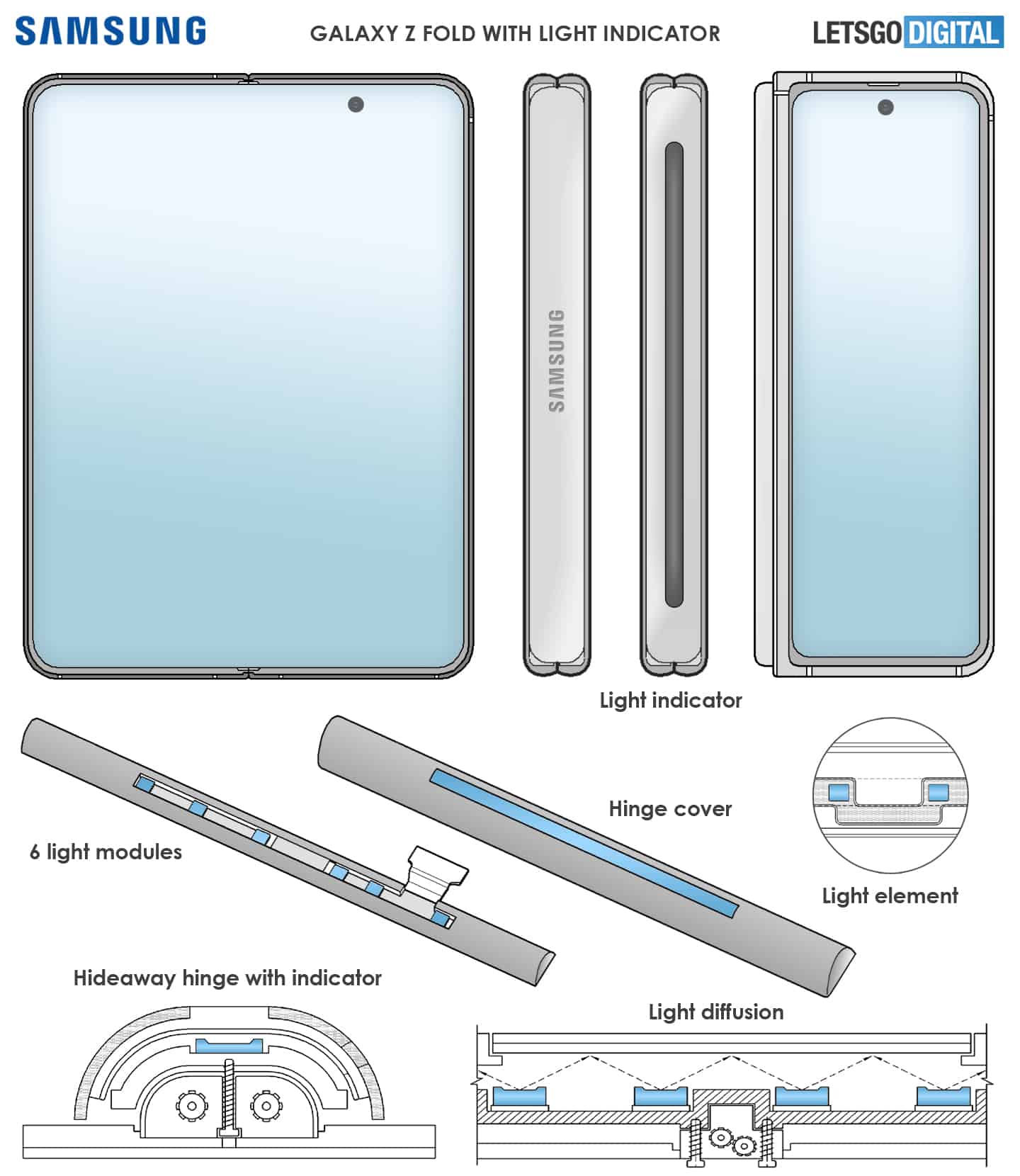