OnePlus has announced that the OnePlus 8T Cyberpunk 2077 edition will launch on November 2. That launch will take place in China, as this information has been published by OnePlus’ Weibo account. 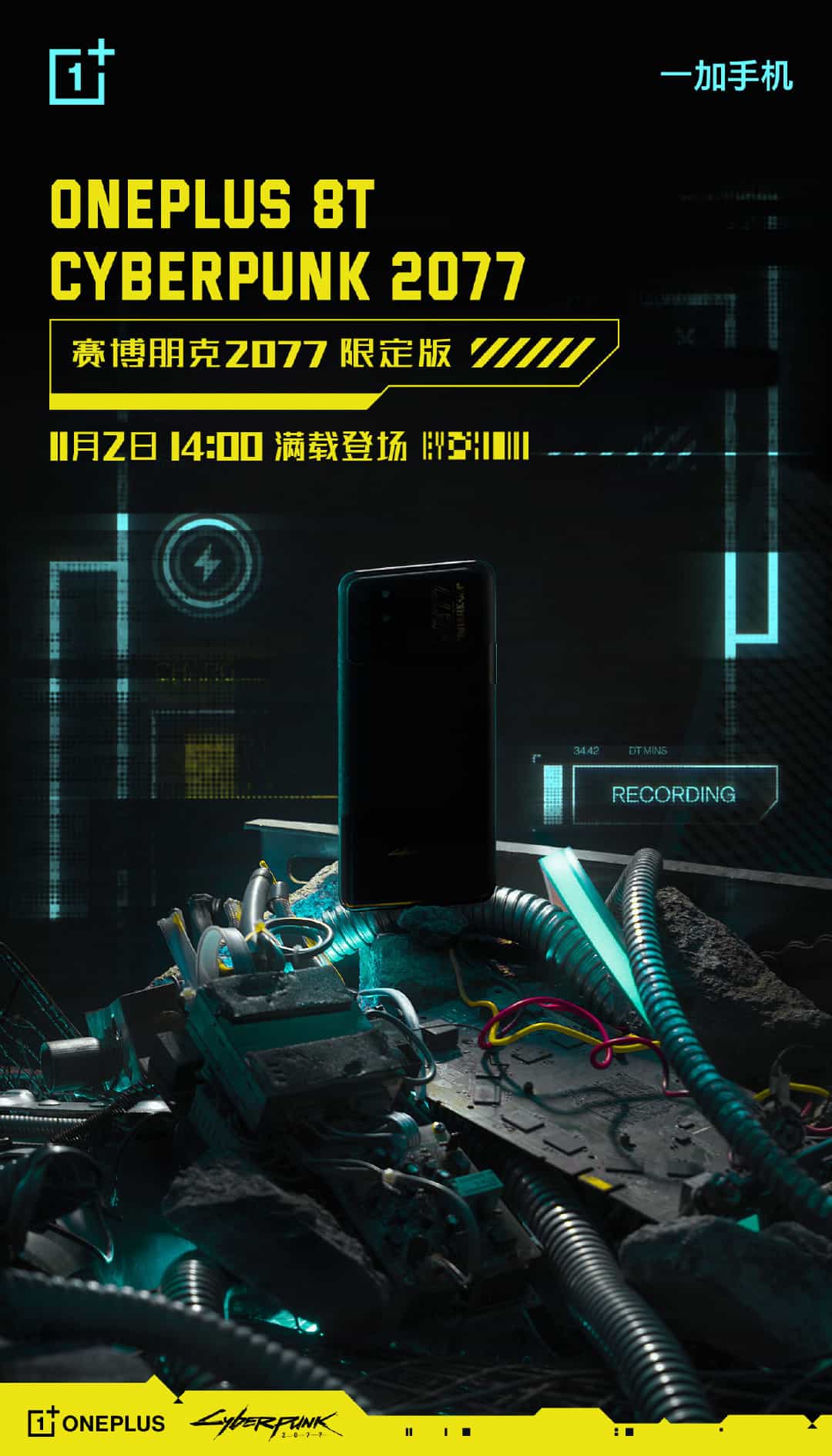 In any case, this smartphone got teased by the company quite recently. The entire design hasn’t been revealed yet, but it’ll sure look futuristic. It’ll also come with some unique software content, quite probably, like Cyberpunk 2077 wallpapers, for example.

In terms of the general footprint and build materials, chances are that this phone will be the same as the OnePlus 8T. The design may be slightly different, though, we’ll talk more about that in a minute). Its specifications will probably remain intact as well.

The Cyberpunk 2077 edition will likely include 12GB of RAM, though, along with 256GB or 512GB of storage. Everything else will be the same as on any other OnePlus 8T unit out there.

In regards to the phone’s design. OnePlus did share its design when announcing this launch date, but… it darkened up the image… a lot. Folks over at MyFixGuide brightened it up quite a bit, to reveal the design of the device. 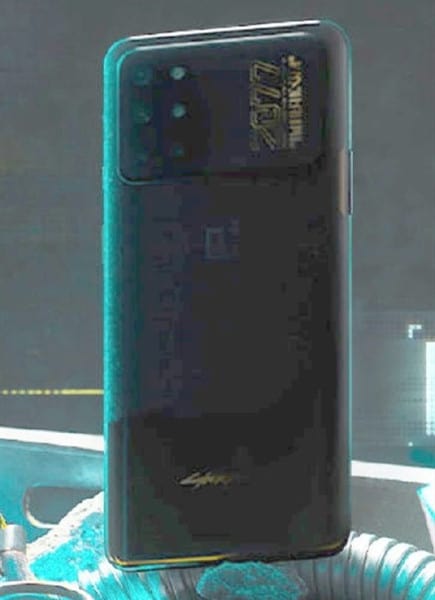 The camera module will be much larger, for design purposes

Truth be said, this is not the best image to look at, but it does reveal some details. First and foremost, it seems like the phone’s camera module will be twice as big, if not more. On the left side, you’ll notice sensors, while on its right side, the Cyberpunk branding will be located. Some yellow accents are also visible on the bottom of the phone’s back side.

We’re not sure how much this phone will cost. It is possible it will cost a bit more than the regular variant with 12GB of RAM, but we’ll see. It all depends on how much storage will OnePlus pack into this thing, plus it may be a bit more expensive just because it’s a limited edition product, we’ll see.