When it comes to wireless headphones Active Noise Cancellation, or ANC, is a coveted feature, and the Cowin SE7 offer it. The surprising part isn’t that the Cowin SE7 come with ANC though.

It’s that you get ANC for around $100. The Cowin SE7 start at $99.99 and go up to $109.99. Depending on the color you pick. And for that price tag, you get quite a lot. So you might immediately think that there has to be some give and take to get everything that Cowin is giving you for an affordable price tag like that.

And well, you’d be right. There is some give and take. That’s the nature of things. You can’t usually develop and produce a top-quality product and use high-end materials while adding high-end features, and not expect one of two things. Either the price to be high or some things about the product to be of lower caliber.

You can have a high-priced product that doesn’t skimp on anything, or an affordable product that maybe has to cut one or two things out. But you can’t really have both. Sometimes you can have products that fall somewhere in the middle, but not often.

That being said, having to cut one or two things out, whether it be features or super premium materials, doesn’t automatically mean that the product is going to be terrible. Let’s take a closer look at the Cowin SE7 ANC Wireless Headphones and see how they stack up.

The Cowin SE7 offer many things, most of all value

It’s hard to argue that if nothing else, the Cowin SE7 give you a ton of value. The thing is that definitely isn’t the only thing they deliver on.

For around $100, you get active noise cancellation, Bluetooth wireless connectivity with optional 3.5mm wired connectivity, a foldable design for easy storage, and more. You even get a little soft pouch for the cords and connectors and a travel case to put that and the headphones in when storing them.

Plus, they’re pretty comfortable. They do bring in a lot of value. Because for the price you pay you do get quite a lot. And that at least makes them worthy of your consideration if you happen to be in the market for wireless headphones that don’t cost a lot of money.

They don’t necessarily feel premium, but the build quality is still decent If you’re expecting a pair of headphones to feel exceptionally premium for a price this low, then you will need to temper your expectations.

That’s not to say you can’t get a pair of headphones for this cheap and have them feel premium. You can, and they’ll likely be made with premium materials. But they won’t be new. It’ll likely be a pair of used headphones that at normal retail would cost a few hundred.

In this case, the Cowin SE7 don’t feel premium. They’re made mostly of plastic and it shows. But the build quality is still decent. The use of plastic helps keep the price down. So you’re not emptying your wallet and breaking the bank with these.

I also never once felt like these were going to break or anything like that when I was using them. I constantly use one hand to pull off all my wireless headphones. And usually the cheaper ones have me worried that I might be putting too much stress on them when doing that, eventually leading them to take damage.

That isn’t really the case here. I never felt as if pulling them off one-handed would accidentally break or crack something. That doesn’t mean these are military-grade durability and that you can just toss them around. You should still take care of these if you end up with a pair. But you don’t have to treat them like they’re made of a volatile substance that could explode if mishandled.

In the end what it comes down to is that these were made well. There are no jenky parts. Just a series of components put together to make up a good pair of headphones.

Battery life on the Cowin SE7 is good enough 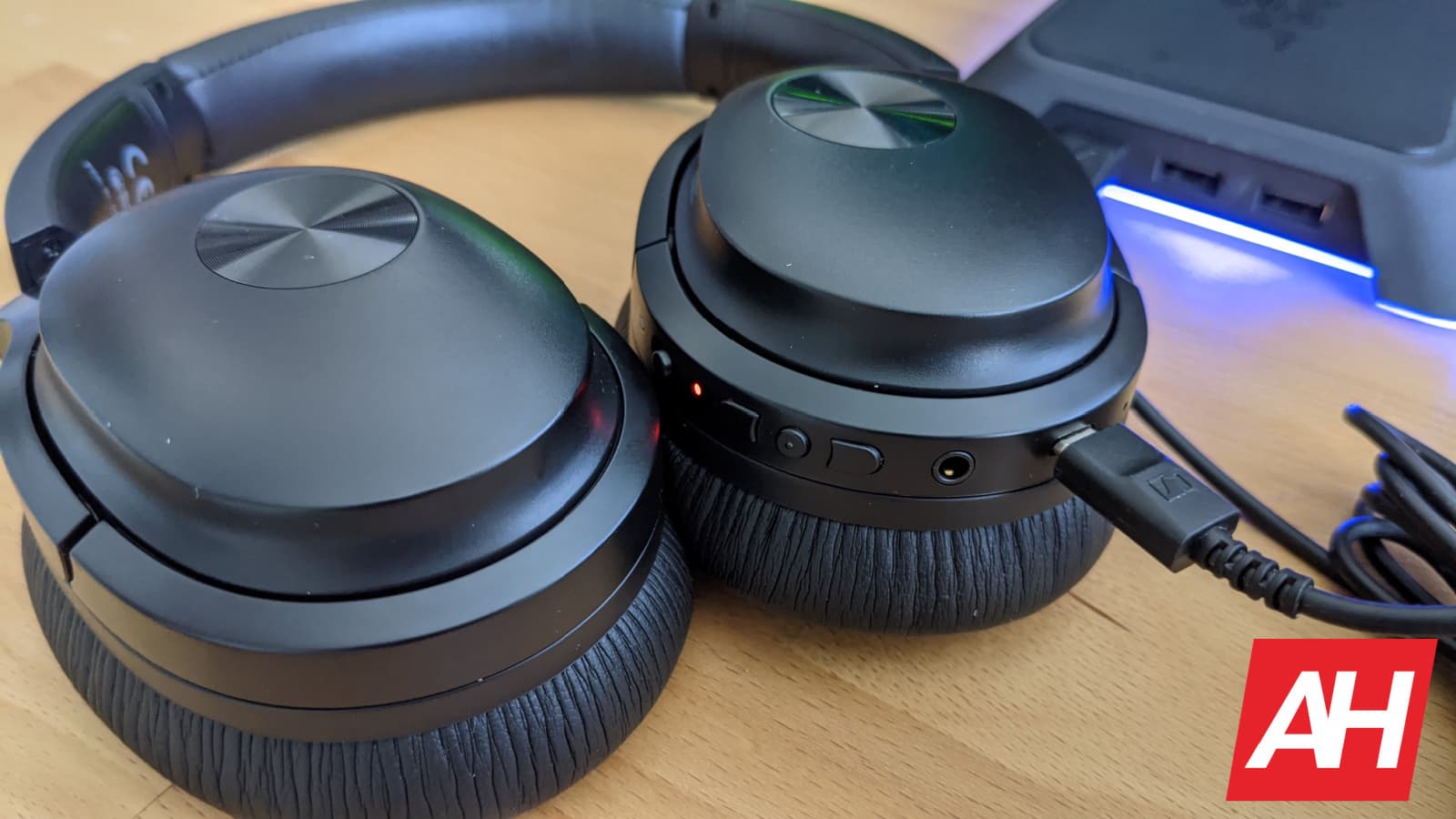 Battery life on these is middle of the road here. They aren’t the longest-lasting wireless headphones on the market.

But nor do they have the lowest battery life. Especially in this price range. There are tons of wireless headphones at the $100 mark that don’t last as long. So you can feel comfortable with the fact that if you take these with you on a trip or just use them in your day to day life, you won’t have to charge them too often unless you’re listening to them for 10+ hours a day.

At most I’d use them for a few hours at a time. So I charged them maybe once during my period of use leading up to this review. Which I think is pretty good.

This isn’t a gaming headset, so I didn’t have to worry so much about making absolutely sure they were charged every night. Lest I enter into a voice chat with friends while playing games and have them die on me mid-activity.

In fact there was really no worry at all. If these were to die I could easily just put on another pair. The point is that the battery lasts for a while. Long enough, really. At up to 30 hours, you might have to charge them once a week if you use them daily.

The only issue I really ran into with the battery life is about how long it took them to charge up. It seemed to take longer than it does for most of the other pairs of wireless headphones I’ve used in the past year. That being said it could have just been the USB cable I plugged them into, but it seemed to take a few hours to charge them up. Which just felt longer than normal to me personally.

Audio quality is great for the price 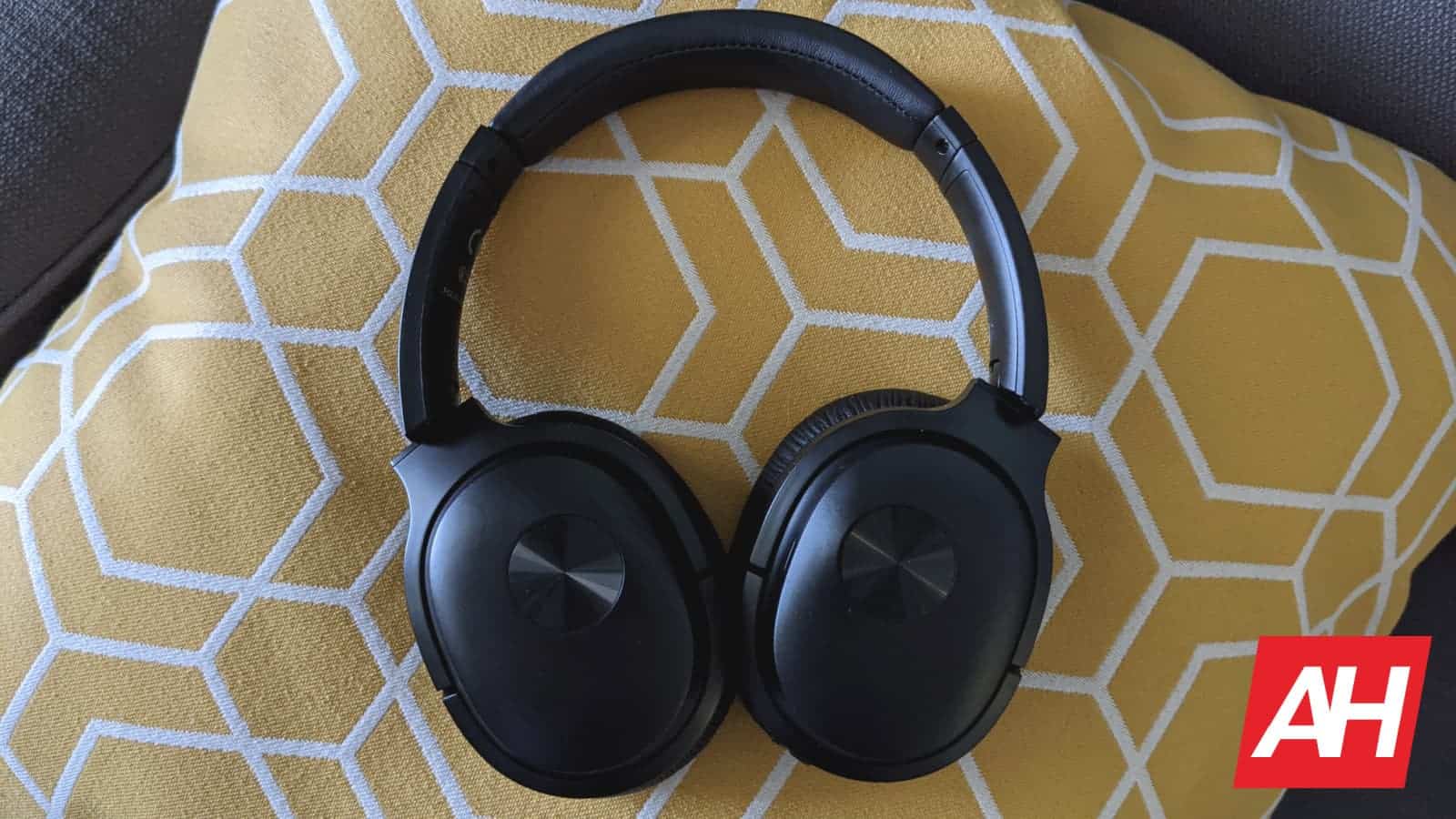 These aren’t going to be replacing my Sennheiser headphones. Then again I and likely no one else would expect them to.

Especially considering the price difference. Sennheiser is a top-tier premium audio brand that’s been around for ages. So getting a pair of any headphones let alone wireless ones, that are able to deliver better audio for less money is not exactly easy.

All that said, for $100, these deliver some pretty good audio. I am probably not what most would consider an audiophile. I do like great audio quality, but I can also appreciate a pair of headphones that aren’t premium and still sound pretty good as long as they aren’t costing an arm and a leg.

There’s a market for budget products like these and I don’t think that anyone looking to spend around $100 on wireless headphones would be disappointed with how these sound.

They have a decent amount of bass if you turn the volume up, though if your turn them up too much the audio does start to sound a little less clear. The active noise cancellation also does a pretty good job in most situations. Without it, ambient noises don’t bleed in too much but you can hear outside noises if the volume is too low.

And that’s where the ANC really shines, with lower volume. And honestly where you want it. There’s not much of a point in turning the ANC on if the volume is loud. Because the louder volume already does the job of blocking out ambient noises.

I’m not an expert on sound, but I do know that I like the sound on these headphones for the price. And I think most people would too. So long as they’re shopping for headphones in this price range. I do like the design of these headphones. They’re pretty basic and minimal but there’s nothing wrong with that.

They’re not flashy, and in general that’s what I personally prefer. So I find the design to be nice and sleek and overall pretty comfortable to wear. All of the buttons for interacting with features like ANC and volume are on the right earcup and are easy to get to.

The ear pads are cushiony and very soft, like having two of the softest pillows on your ears. So wearing them for more than a few hours was still comfortable. Though on average I did use these only for about two hours a day, I did try to wear and use them for half the day once so I could test out the comfort. As there have been times where some headphones started to cause irritation after a couple of hours.

The headband is also nice and cushiony and it adjusts to be shorter or longer to a good length. So they should fit a wide range of users. I also like that they collapse down to be easier to store. Whether that be inside of the included travel case or just right in a bag pocket.

Other than that, the design is good, and the overall comfort is good. They also come in multiple colors including Black, Teal, White, Magenta, and Gold.

Should you buy the Cowin SE7 ANC Wireless Headphones?

That depends. The Cowin SE7 are a good pair of headphones for the price. You can’t really argue with the value and quality you get here for $100. Because it’s pretty decent and that’s not a lot to spend for a pair of Bluetooth headphones that won’t break on you in a month.

I would recommend these to anyone who was looking for Bluetooth headphones around the $100 mark. Because ANC is a great feature to have and it works well in these.

If you want something more premium, then the Cowin SE7 are probably not your best bet. I would say that it’s maybe worth at least checking them out. Because you might be pleasantly surprised. But in the end, if you want a premium pair of wireless headphones, you might only be satisfied with a premium pair of wireless headphones. Which these are not.

They are pretty decent however. So if you want a good pair of wireless headphones that don’t cost a lot, these should deliver.