Google has been cranking out the updates to Stadia, and one of the latest is an experimental feature that lets you connect other gamepads to the Chromecast Ultra for playing games.

Since Stadia's launch last November, it's only ever supported the Stadia controller when playing on the Chromecast Ultra, leaving out all other gamepads. That's changing though and it should make things a little more interesting.

The feature is reportedly already live, though it is worth keeping in mind that this is an experimental change. That means it may or may not work perfectly at the moment.

It also means that Google probably has intensions to either improve it. Or at the very least change it somehow before its potential release. Assuming this is a feature that Google keeps in the first place.

Tandem Mode is the name of the experimental new feature. And like the name suggests, it aims to let users connect other gamepads to Stadia when playing on the CCU alongside the Stadia controller.

This is where it gets a little strange. Because what you're essentially doing now is going from a wireless play experience to a wired experience thanks to the USB-C connection.

On top of that, at least one gamepad that's supported doesn't use USB-C. So you'll end up having bring an adapter into the mix. Still, it is experimental and it's entirely possible that Google will change how this connection works in the future.

More than likely, Google just wants to see how this works for now. And if it is a feature that sticks around for a future launch, the connection method as well as the name may change. In fact the point of Google's experiments for Stadia is so that it can do just that. Test things that are still in development.

The Tandem Mode feature supports a total of five different controllers at the moment. And one of those is the Stadia controller. Just in case you wanted to connect another one to your already wirelessly connected Stadia controller for some reason.

In addition to the Stadia controller, it also supports Sony's DualShock 4, the Xbox Elite Series 1 and Series 2 controllers, and the Xbox Adaptive Controller.

There's a chance Google will support even more gamepad types in the future. But there's no guarantee that it will expand beyond this. That being said, with the Xbox Series X and PS5 coming out soon, it would make sense for Google to expand Tandem Mode to support the controllers for those consoles. 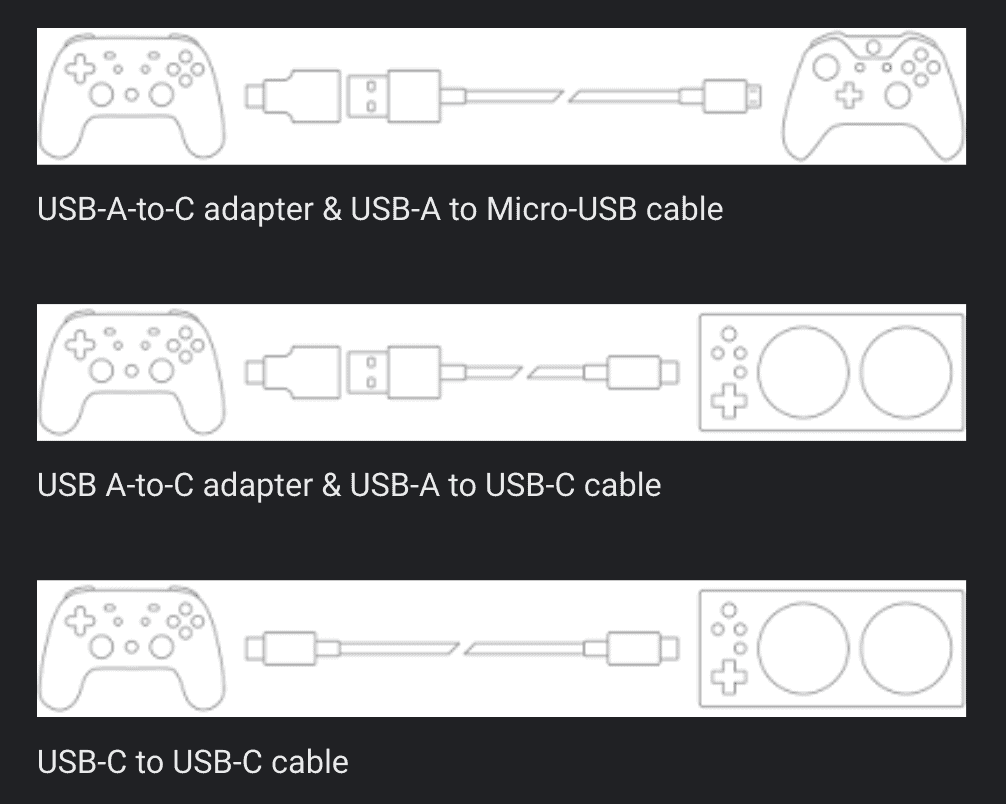