According to recent research published by WhistleOut, an overwhelming 85 percent of Americans believe that at least one big tech company is spying on them. Facebook is the least-trusted tech company with 68 percent of the respondents suspecting the social media giant of illegally tracking them and violating their privacy.

TikTok is another usual suspect on the list. According to the report, 53 percent of Americans suspect the Chinese video-sharing app is spying on them. TikTok has about 100 million monthly active users in the US and is hugely popular among youths.

The ByteDance-owned app is already facing a nationwide ban over privacy concerns. The Trump administration has concerns that its Chinese counterpart may be having access to data on TikTok's American users.

Facebook has also been the subject of several high-profile news around its privacy and security measures. All this may have influenced the public's belief of whether or not the company is spying on them.

Google, Instagram, and Amazon are the next three least-trusted tech companies. Again, all of these have been under regulatory scrutiny for their handling of user data. Snapchat, Twitter, YouTube, Apple, and LinkedIn also feature on the list. The research surveyed 1000 Americans aged between 16 and 54.

With only 30 percent of people thinking Apple could be spying on them, the Cupertino-based iPhone maker is one of the more trusted tech companies by Americans. With iOS 14, the company introduced a slew of privacy protection measures to its mobile operating system.

Those include indicators that inform the users when an app is using their phone's mic and/or camera. There's also a feature that requires apps and websites to give users a clear choice to opt-in or opt-out of being tracked. 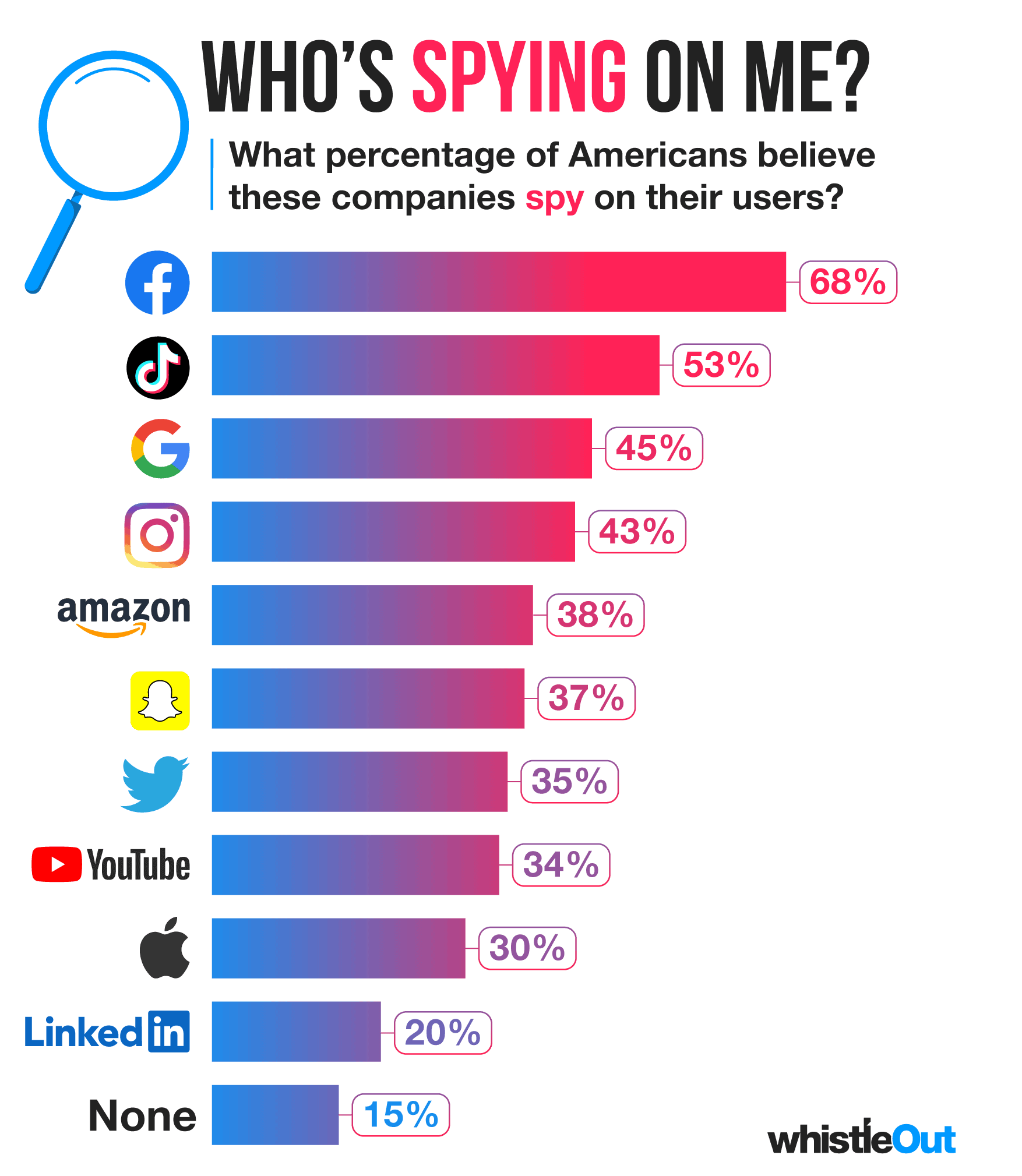 Americans believe big tech is listening to their phone conversations

While almost every app you use or website you visit may end up tracking your online activities, most of the Americans (80 percent) believe that these companies are listening to their phone conversations as well. Facebook and TikTok are, again, the major suspects.

65 percent of the respondents go on to claim that they had an ad for a specific product they've talked about but never searched for online, pretty much confirming their concern that companies are likely listening to their phone conversations.

Only 24 percent of the people believe tech companies spy and collect data from users for tailoring ad recommendations. That's a surprising outcome of the research as it's widely understood that companies collect data for advertising and marketing purposes. 57 percent of Americans aren't sure what the companies are doing with all the information they are collecting from users. 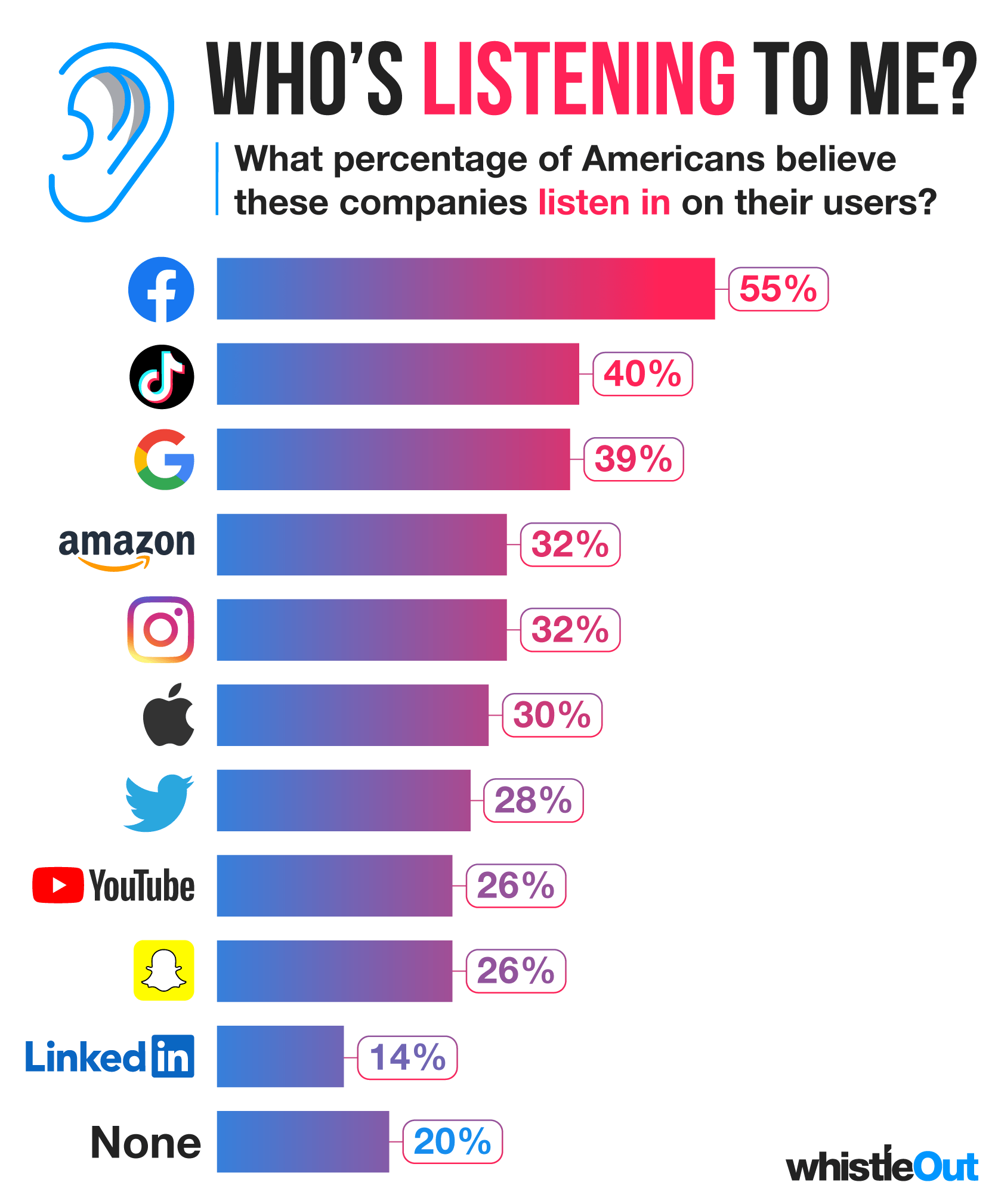 The government should ban the big tech for spying

57 percent of the surveyed people want the American government to step in and ban at least one of these big tech companies for their unethical behavior. More than a third (37 percent) specifically target TikTok. 20 percent of people want to see Facebook banned while 13 percent believe Instagram should be banned.

Some users have already taken precautionary measures on their side. 40 percent of TikTok users say they've deleted or stopped using the app due to privacy concerns. 18 percent of users have taken similar measures against Facebook. 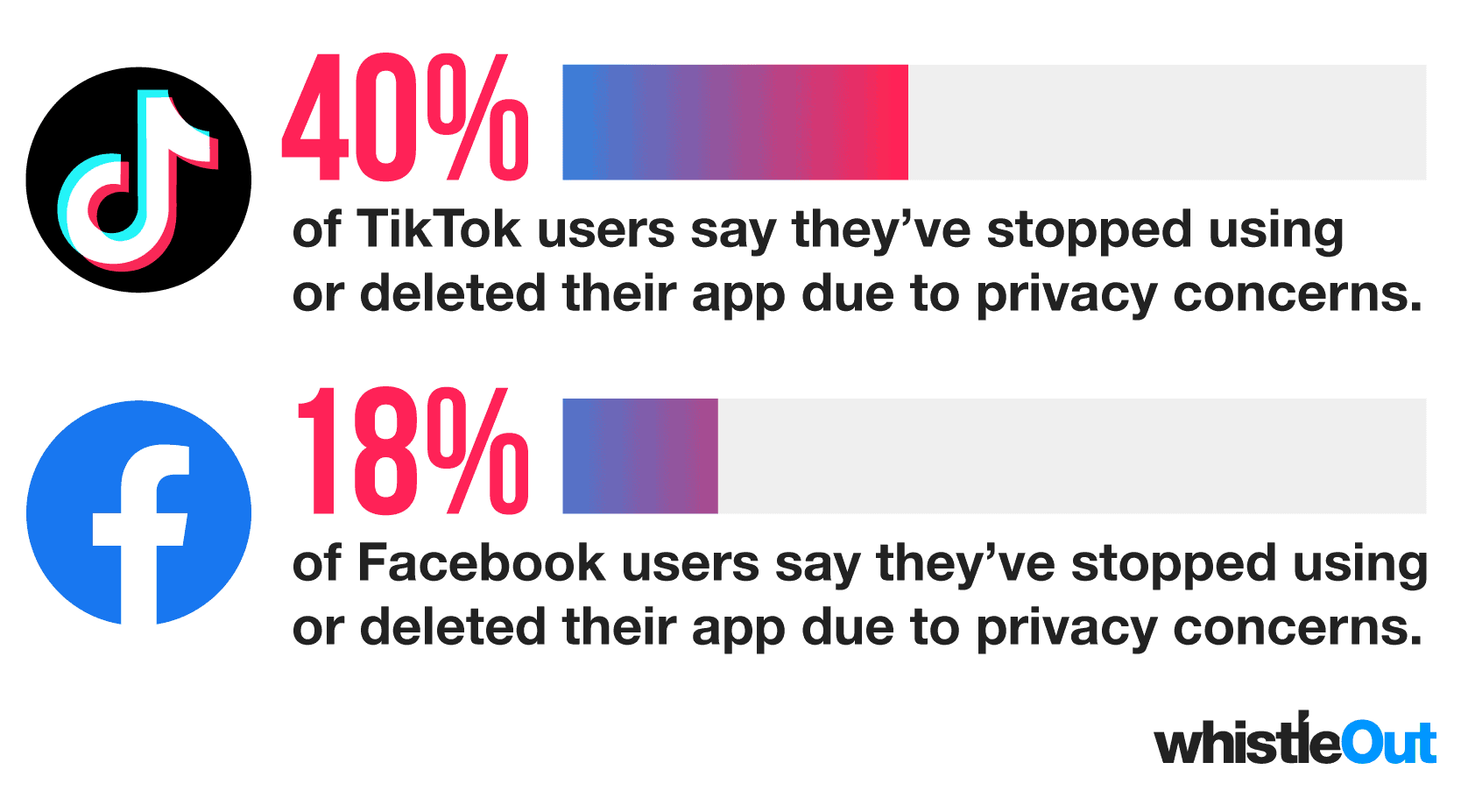