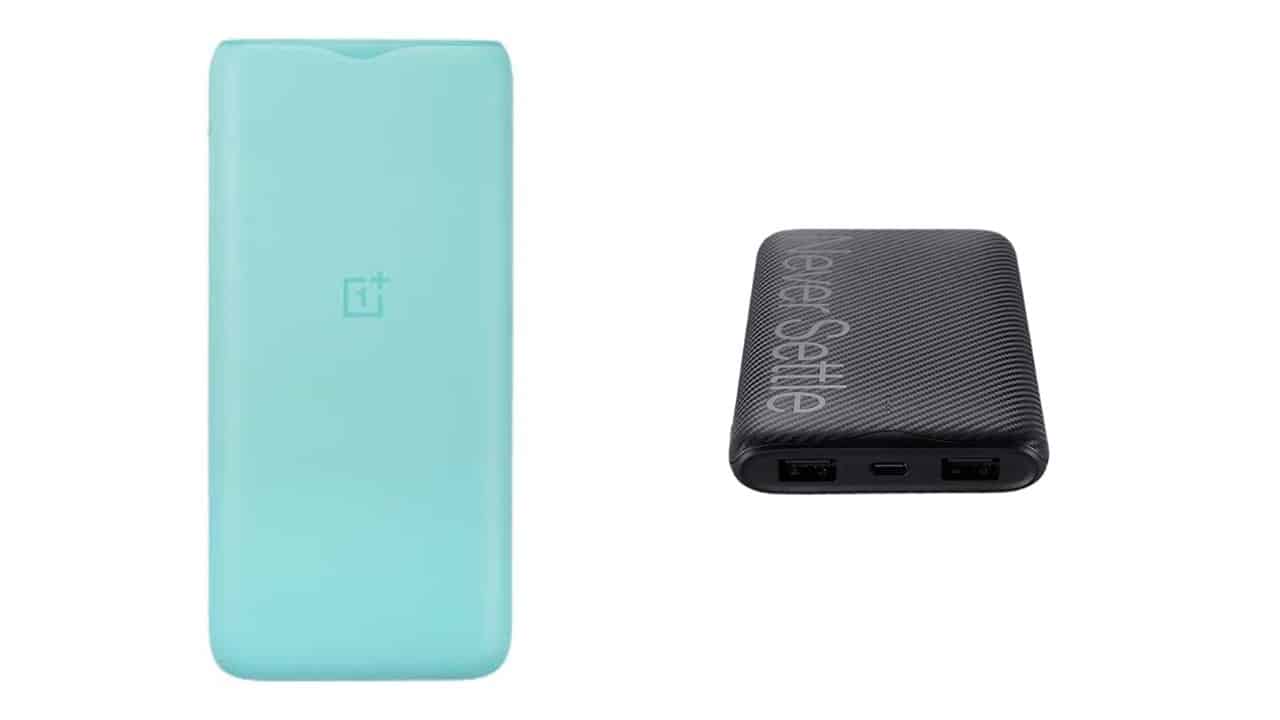 OnePlus is expected to announce its new Power Bank on October 14, and that device just got detailed. This information has been shared by Ishan Agarwal, who not only shared the details, but also the design of this product.

If you take a look at the provided image above, you’ll get to see the device itself. On one side, it seems to have a OnePlus logo, while on the other, the ‘Never Settle’ mantra is imprinted. That imprint reminds me of the company’s silicone case for the OnePlus 8 and 8 Pro.

In any case, it seems like the product will arrive in at least two colors. One will be cyan-colored, while the other will offer a dark gray / black color. The latter will also have an interesting pattern on it, we’re not sure about the cyan one, as we don’t get to see the other side of it. They may be identical in terms of the design.

A new OnePlus Power Bank is coming, and its design & specs just got detailed

This power bank doesn’t seem to be that thin, but the image may be deceiving. The tipster did note that it will be lightweight, though. Now, he also mentioned that this power bank will support 18W fast charging.

It will support 18W fast wired charging, even though OnePlus users were looking forward to something faster than that. Three ports are expected to be included on this device.

You’ll get two USB-A out ports, and one USB-C input / output port. The tipster also noted that this power bank will be quite affordable. He mentioned it will cost between INR 1,200 and 1,400. That translates to $16-19.

Considering that this leak is mostly aimed at India, we’re not sure if the device will make it to other markets. OnePlus is expected to announce this product alongside the OnePlus 8T, though.

It will hopefully reach Europe, and possibly even the US, but we cannot know for sure. The only market that it will surely arrive in is India, it would seem. Mr. Agarwal already confirmed that the company will announce at least 5 devices for the Indian market as part of the 8T launch.