Xiaomi may have an interesting take on the pop-up camera mechanism to make its phones look unique. A design patent published by the CNIPA (China National Intellectual Property Administration) earlier today shows a smartphone with two angled pop-up camera modules. A design that is reminiscent of shark fin pop-up cameras on Oppo Reno models, but significantly different from it.

Xiaomi’s system has two angled pop-up camera modules holding two cameras each. One camera faces forwards while the other is facing backwards. There are essentially two front-facing selfie cameras and two rear cameras on this phone.

This design results in an all-screen phone with a clean back panel, though there’s still an LED flash on the back, which sits right under the pop-up modules. There’s not much to talk about the rest of the phone’s design. It’s a standard-looking phone with rounded edges and minimal bezels all around the display.

The bottom edge of the phone has cutouts for a USB Type-C port, a microphone, and a speaker. On the top edge of the phone is seemingly another microphone sitting next to the pop-up camera modules. The power button and volume rockers are on the right side. 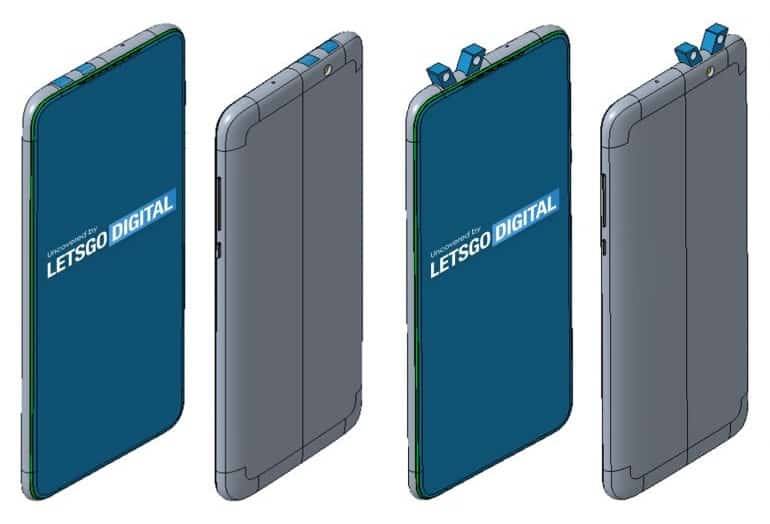 As much as this phone’s overall design looks fairly standard, it’s unclear how Xiaomi plans to fit two camera sensors into such a cramped space inside those pop-up modules. The camera modules themselves fit into the phone’s thickness, so if the Chinese company has any real intentions to develop this smartphone design into a real product, it may have to make the phone slightly thicker.

In addition, fitting two cameras inside one housing will make the pop-up modules heavier. This will require a more powerful motor to lift them up, adding to durability concerns.

Xiaomi may eventually opt for wider pop-up modules and place the two camera sensors side-by-side. That’s if this smartphone actually sees the light of day, though. The company filed this design patent with the CNIPA back in December 2019.

Foldable or dual-screen phones are seen as the next big leap in smartphone evolution. However, phone manufacturers are still experimenting with camera systems on their phones, especially with the position and design of the front-facing camera.

An under-display selfie camera, as seen on the ZTE Axon 20 5G, might finally address our never-ending quest for all-screen smartphones. Xiaomi itself recently announced its third-gen under-display camera technology. However, this technology is one for the future. Hole-punch and pop-up camera systems will continue to exist for now. 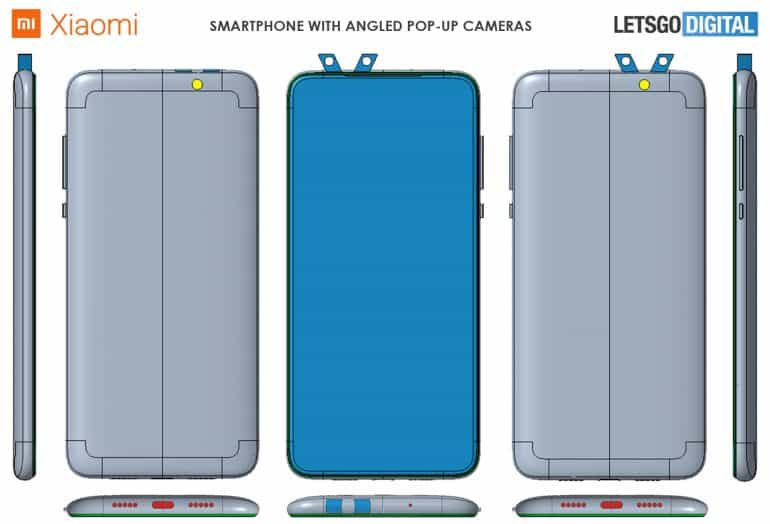