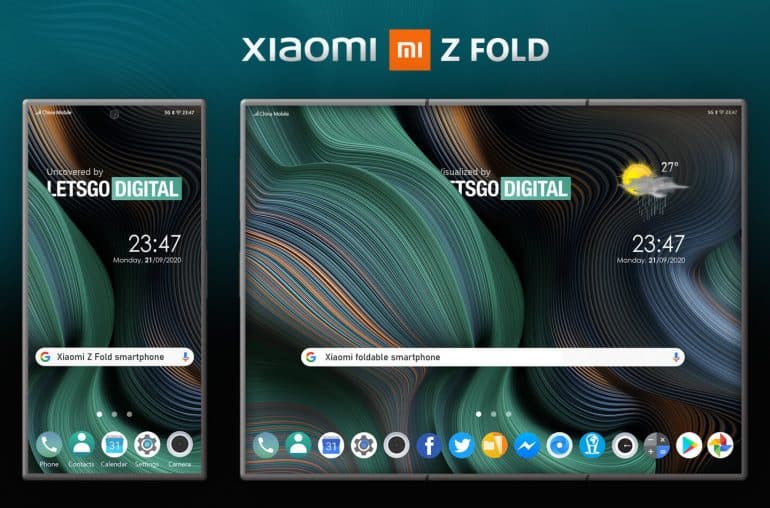 The company filed for the patent in March this year with the WIPO (World Intellectual Property Office) International Designs Bulletin. Moreover, the sketches included in the documentation suggest the Xiaomi device comes with a tri-fold design.

In the past, Samsung and LG have also patented similar-looking foldable smartphone designs. Just like the cover display on the newly launched Samsung Galaxy Z Fold 2, there is an edge-to-edge flat-panel display on the front of this device as well.

The company also seems to have gone with sharp edges instead of curved edges. Apparently, this bulky form factor doesn’t make the device pocketable. Since it has an in-folding design, the foldable display is better protected when the device is in a folded state.

In March last year, the company showcased a prototype foldable smartphone with a tri-fold design. However, it has an entirely different foldable mechanism. The center part of the foldable display stays on the front, while both the sides can be folded back to make it use like a bar-shaped smartphone.

There is only a single camera sensor on this device

In this new design, the device should measure upwards of 20mm in thickness. For comparison, the Galaxy Z Fold 2 measures 16.8mm thick in its folded state. In terms of cameras, there is a single punch-hole camera on the front display. Apart from it, there are no other visible cameras on this device.

The company is also going with a side-mounted fingerprint scanner. Also, the volume rocker and SIM card slot can be spotted on the side of the device. The bottom of the screen has a USB Type-C port and a loudspeaker. Furthermore, the tri-fold design in the current stage doesn’t make much sense.

However, it can be an excellent alternative to tablet form factor once the thickness can be shrunk to manageable numbers. Earlier this year, TCL also showcased a tri-fold phone-tablet hybrid concept. It comes with a 6.65-inch AMOLED display that turns in to a 10-inch tablet-sized display when unfolded.

Xiaomi is expected to launch its first foldable device in 2021. Obviously, it shouldn’t be looking like this patented design. Along with the launch of its first-ever foldable smartphone, Xiaomi might also introduce a tweaked version of its in-house MIUI to take advantage of the large screen size. 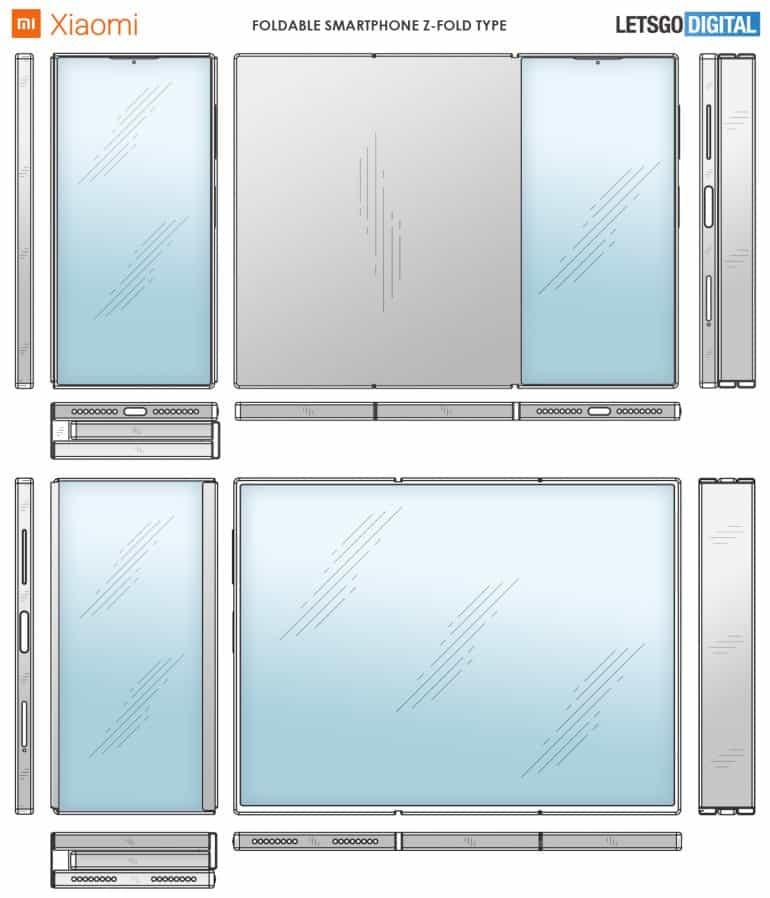