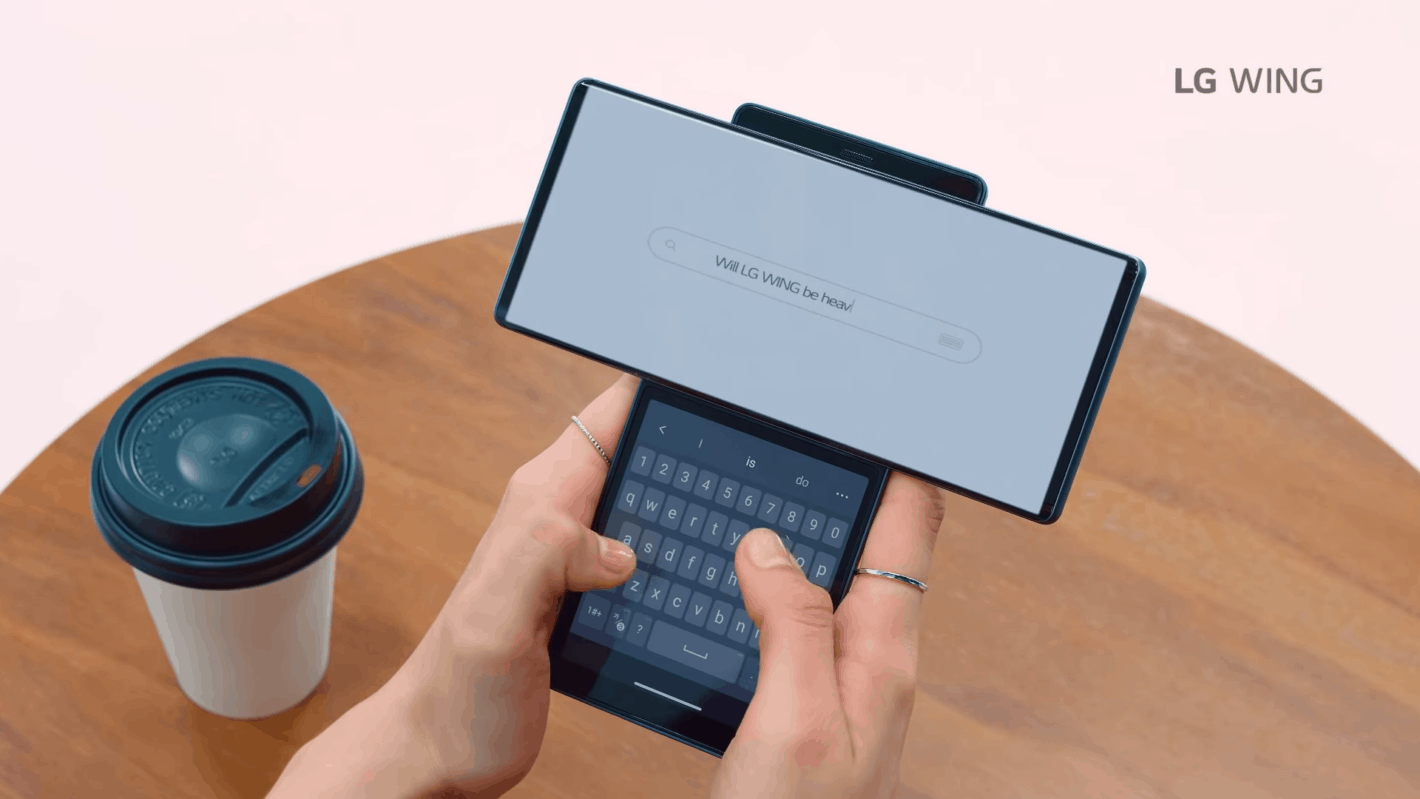 LG has a history of making some weird and quirky products, but in recent years, the company became a bit more conservative.

The LG G7, G8, and even the V50 and V60 smartphones were kind of cookie-cutter smartphones. They were what you’d expect from a high-end smartphone. Nothing really stood out on those devices, not even the specs.

Now, with the Wing, LG is looking to bring back its history of being weird. And I love it.

You’ve probably seen nothing like the LG Wing. That’s unless you’ve seen the LG VX9400 from 2008, which was made for Verizon and VCAST TV (remember when that was a thing?). This is basically the 2020 version of that phone, and it looks incredible.

This isn’t going to be a popular smartphone, it won’t be the iPhone killer. And that’s okay. The industry needs something different, and that is what we are getting with the LG Wing. LG is thinking outside of the box, and we welcome that kind of thinking.

With the Wing, you will be able to hold your phone in portrait and watch movies and videos in landscape mode. Which is pretty cool, when you think about it. As the phone kind of has a built-in handle. But that’s not the best use-case for the Wing, that we’ve seen so far.

Use-cases for the LG Wing

There are a few use-cases that we’ve seen for the LG Wing already, and some of the best use-cases include using the larger display for navigation and the smaller 1:1 display for phone calls, or music playback.

As well as using it for capturing video. This is what LG really wants us to do with this smartphone. As it built a freaking gimbal into the phone. So on the smaller display, you get the controls for the camera, with the viewfinder taking up the entire main display, which is really useful. LG is not just being weird, but going back to the roots of the V-series. Making this phone for creators. Particularly with the gimbal controls that are included here.

Another use-case we’ve seen is just using multi-window here. And where LG decided to use Android’s multi-window and not their own implementation, it means most apps will be supported. That was a very smart decision for LG to do with the Wing.

Why weird LG is a fun LG

When you’re in the smartphone industry and cover nothing but smartphones everyday, for years, you get kind of bored of the same phones coming out. And let’s face it, that’s what we have had for the past few years.

All smartphones mostly look the same. Just a slab of screen, and they are getting larger. Sure we have foldables coming out now, but even those are starting to get a bit boring, and the tech isn’t quite there. But LG is going in a totally different direction.

With LG going in this totally different direction doesn’t mean it’s going to be successful, but it is going to get talked about. Quite a bit. I mean look at us, we can’t stop talking about it here at AndroidHeadlines.

This is just the first-generation of this type of product too. Just imagine how great this is going to look after a generation or two.

LG has made some weird and interesting phones in the past. We talked about the VX9400 before, which is basically a dumb phone version of the Wing. But there was also the LG G5. Which was a “modular” phone. Now it didn’t work out as well as LG had hoped, but it took a chance. And tried to preserve removable batteries. There was also the LG V20, which was one of the first phones to sport a second display. It sports a second ticker-like display at the top of the device, for showing notifications and such. Now that wasn’t as weird as some other things LG has done, but still different.

We’re fairly confident that the LG Wing isn’t going to become a best-seller, but it shows LG is thinking outside of the box, and we’re excited about what the future might hold for LG with the Explorer project. As it does have other devices launching in the Explorer Project. With at least one more coming this year.