Google's next hardware launch event is scheduled for September 30, where the company is expected to announce the Pixel 4A 5G and Pixel 5 smartphones. There are already several leaks revealing the design and specifications of both these upcoming Pixel smartphones. Now, the Pixel 4A 5G is spotted on the benchmarking website Geekbench confirming some of those key internals.

First and foremost, the device will be running on the newly released Android 11. Both the Pixel 4A 5G and Pixel 5G could be the first smartphones to come with Android 11 out of the box. Under the hood, it comes powered by the Qualcomm Snapdragon 765G 5G Mobile Platform.

Pixel 4A 5G running on Android 11 listed on Geekbench

The chipset is built on a 7nm process and comes packed with the Kryo 475 CPU and the Adreno 620 GPU. It should allow the device to be usable with both mmWave and sub-6GHz 5G networks. As per the listing, the device includes 6GB of RAM.

Going by the Pixel 4A launch, Google might also introduce the upcoming Pixel 4A 5G in a single storage variant. It should come with at least 128GB of onboard storage. The Pixel 4A 5G has scored 610 on the single-core and 1553 on the multi-core tests.

Moreover, previous leaks also confirmed the Pixel 5 to feature the same Snapdragon 765G chipset. In terms of performance, there shouldn't be much difference between these two upcoming Pixels. Speaking of the other specifications, the Pixel 4A 5G will be coming with a 6.2-inch OLED display with a punch-hole cut-out on the front.

Unlike the Pixel 5, there will be no high refresh rate support on this device. On the rear, it is rumored to sport a 12.2-megapixel primary camera and an ultra-wide secondary camera. For selfies, it features an 8-megapixel Sony IMX520 sensor on the front.

With all these specifications, the device will get its power from the 3,800mAh battery. Additionally, there is also 18W fast charging support. As seen on the Pixel 4A, the 5G moniker will also house a circular fingerprint scanner on the rear. Going by the leaked images, it will also launch with the same plastic unibody design.

While Google has already confirmed the Pixel 4A 5G to cost $499 in the US, recent leaks revealed it to be priced at €499 in Europe. As the launch event is just around the corner, there should be more leaks popping up soon, so stay tuned! 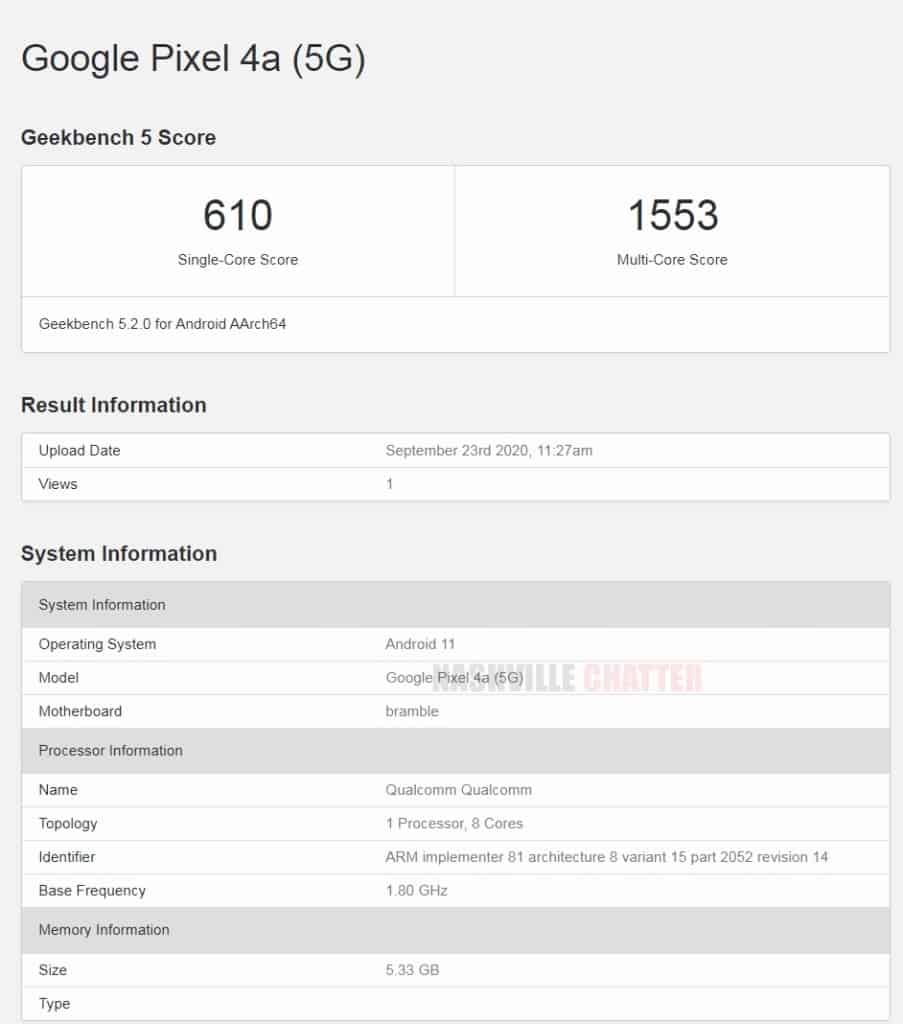