With the 2020 US election just around the corner, Twitter is tightening the security for “high-profile, election-related” accounts. The company said that it’ll be taking steps to proactively implement additional security measures for such accounts.

Twitter will prompt accounts belonging to or operated by members of Congress, administration officials, Presidential campaigns, and other election-related officials to implement additional security measures ahead of the November election. Major US news outlets and political journalists will also require to tighten the security of their Twitter accounts with additional measures.

“As we learn from the experience of past security incidents and implement changes, we’re also focused on keeping high-profile accounts on Twitter safe and secure during the 2020 US election,” the company said in a blog post on Thursday.

This announcement comes on the heels of the big Twitter hack earlier in July. Twitter accounts of several big names including Elon Musk and Barack Obama were hacked to promote a cryptocurrency scam.

Starting this week, Twitter will automatically turn on the Password reset protection feature for such “high-profile political” accounts. This setting requires an account to confirm its email address or phone number to initiate a password reset. It helps prevent unauthorized password changes.

Twitter has already begun communicating these security measures to the holders of such accounts. In the coming weeks, the social media platform will also implement “additional proactive internal security safeguards” for these accounts.

These measures include increased login defenses to prevent malicious account takeover attempts. Account-holders will be able to detect and report any suspicious activity quickly. Twitter also promises expedited account recovery in case of any security issue.

While Twitter will be proactively implementing these security measures for the select group of high-profile political accounts, everyone on the platform can take advantage of this. The company encourages every Twitter user to do so.

Twitter’s recent election-related step comes after it started labeling the accounts of government officials and state-backed media entities last month. The labels appear on the profile page of the affected accounts, making it clear for users to see where the information is coming from. Twitter believes this will help users make informed decisions. 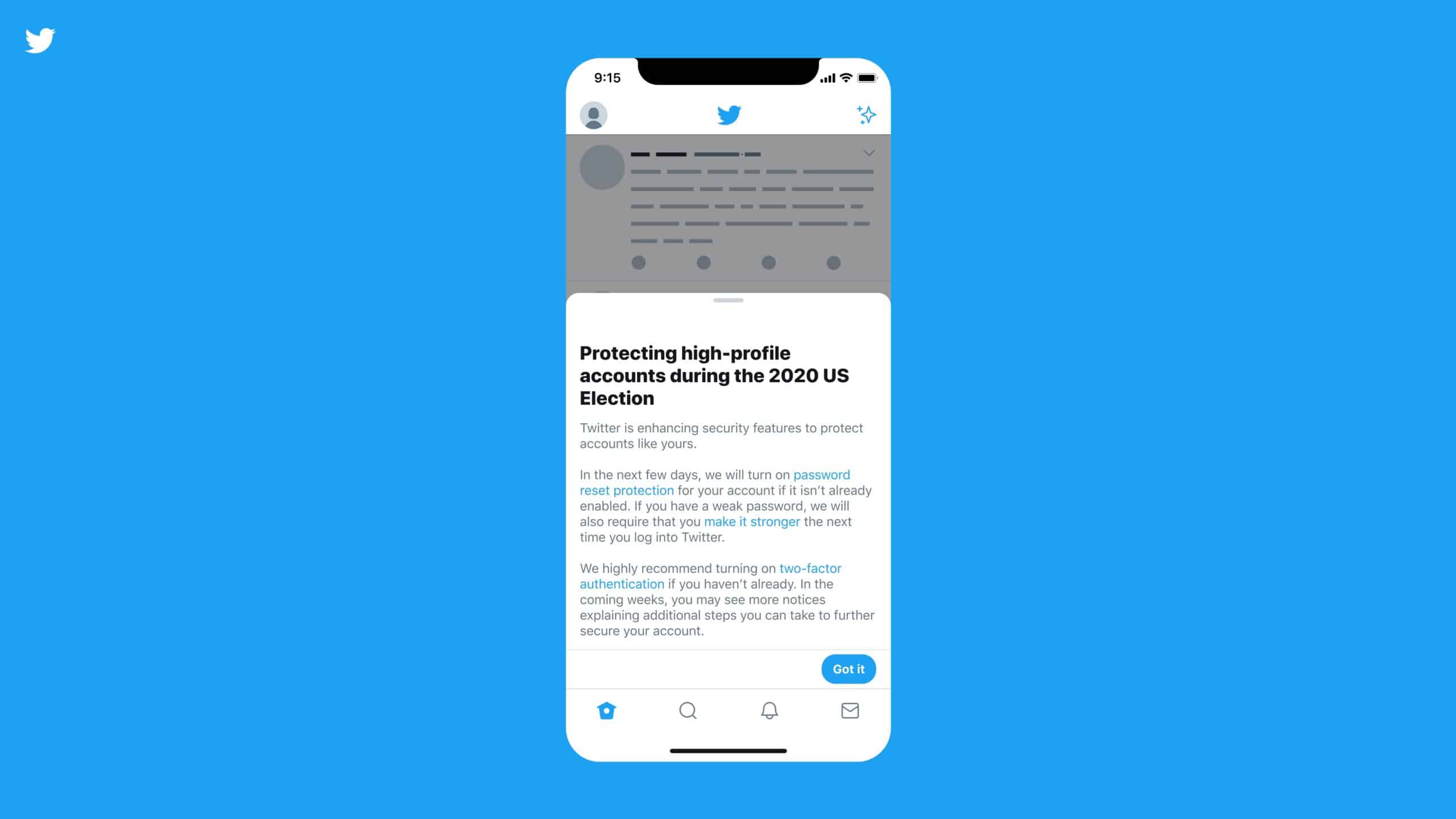