Earlier in June, Twitter rolled out an experiment that prompted users to read the articles before tweeting them out. Three months later, the company has announced the results of the experiment and it has turned out to be successful. More people are now reading the article before tweeting about it.

Twitter said people now open articles 40 percent more often after seeing the prompt. Since the prompt is only shown when someone tries to retweet an article that they haven’t opened on Twitter yet, that’s certainly a welcome change. This will allow people to make more informed decisions.

Since Twitter started showing this prompt, people opening articles before retweeting has also increased by 33 percent. Many people have likely grown this as a habit. After all, headlines don’t always tell the full story, and that’s what Twitter wants to tell people.

Another takeaway from this experiment was that many people opt to not tweet at all after reading the article they initially wanted to tweet. Many a time, articles turn out to be telling a completely different story than what the headline suggested and people end up changing their mind for good. As Twitter says, “some Tweets are best left in drafts.”

Twitter started this experiment for Android users in select regions. Going forward, it plans to expand these prompts to everyone globally. The company will also make the prompts smaller for people who have seen it once because they “get that you get it.”

Misinformation spread quickly on social media platforms like Facebook and Twitter. These companies have, of course, been trying to combat that with new measures over the years. But that’s never enough. However, the efforts need to be continuous and the latest move from Twitter is work toward this as well.

As Twitter’s data showed, more people are now reading articles before they tweet about it. Some people are ending up not tweeting at all. This shows that people are now making more informed decisions than before.

Twitter has also announced several other measures to help people make informed decisions in the recent past. Ahead of the 2020 US election, the company started labeling the accounts of government officials and state-backed media entities so people know where the news is coming from and make a decision accordingly. Even tweets are also labeled with misinformation tags.

While these measures won’t completely eradicate the problem of misinformation and fake news, they’ll, hopefully, go some way to curbing the issue. 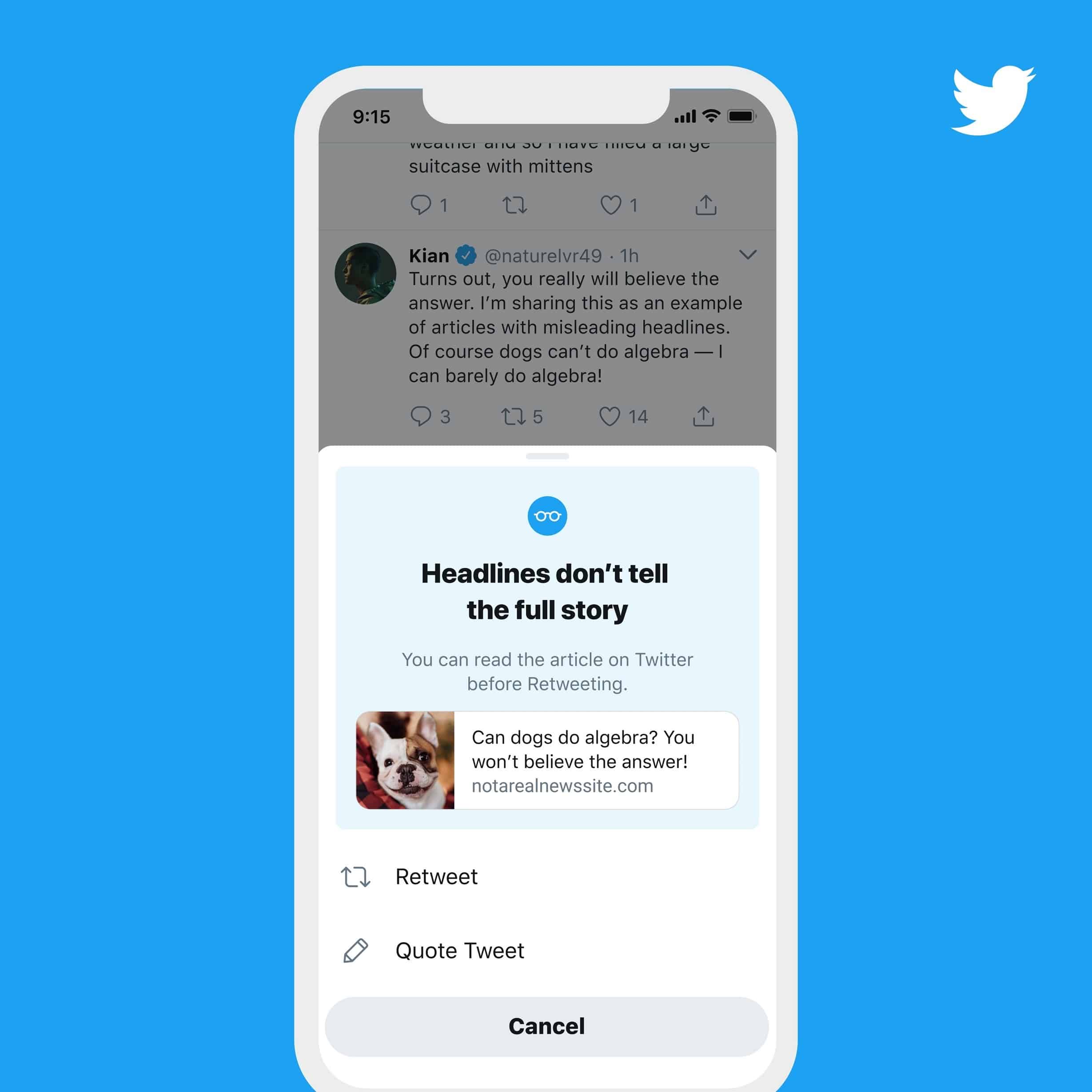