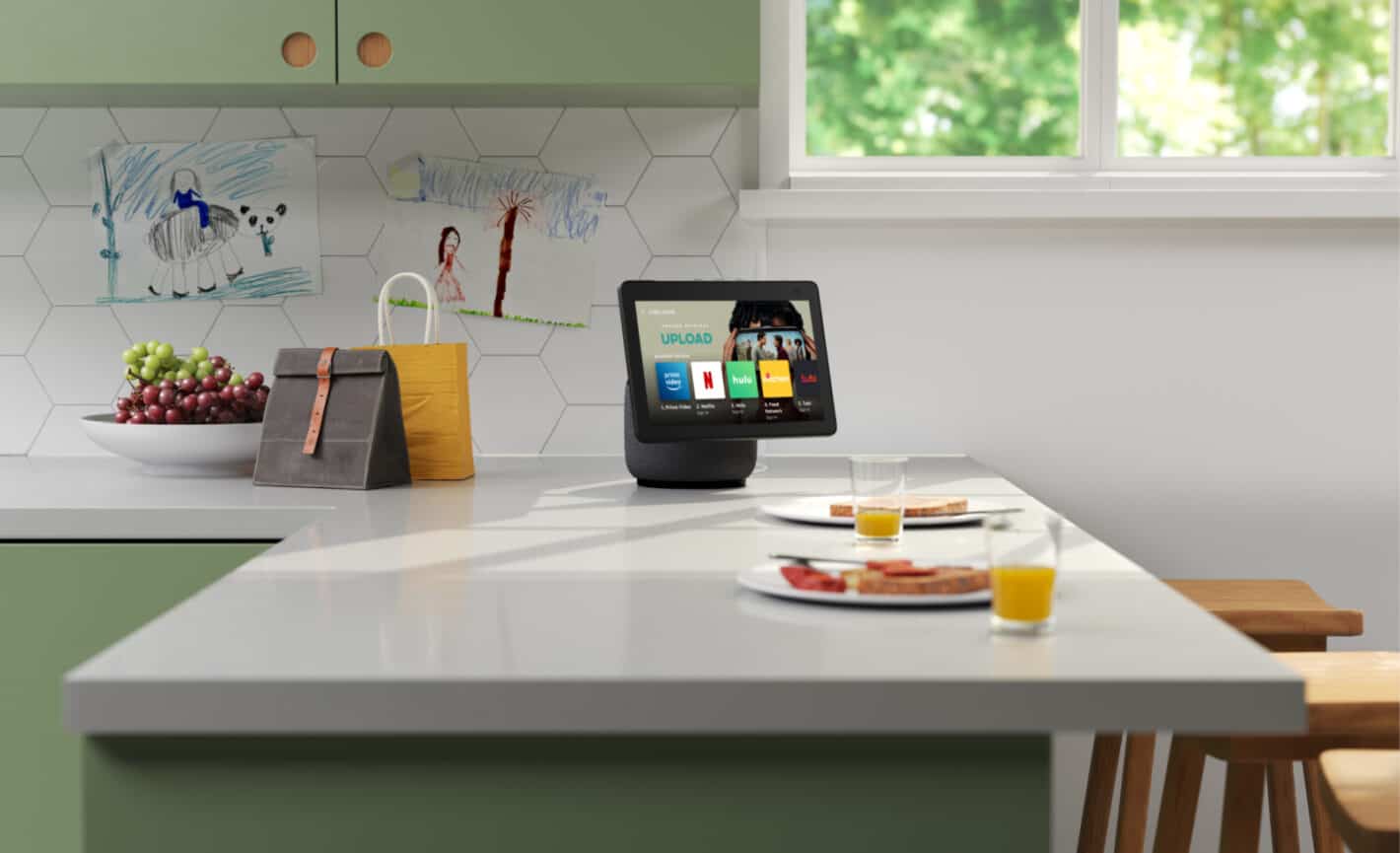 In addition to a brand-new design, the device comes with some interesting new features. Like its ability to follow your every move. Literally. With the front-facing camera in the top right  corner of the screen, the device can recognize your movement and when you step out of frame.

It can then use that knowledge to follow you to your new position around the room. That way you’re always facing the display and can see what’s being shown on it. This is a very nice idea that many people will probably love. Especially if it’s being used for video calls or watching shows.

Even if the whole concept seems a little bit too “sentient robot” for some people’s tastes, it’s a feature that will undoubtedly be appreciated.

Part of the magic of the new device is the base. It’s motorized so it can swivel around and pan the display to face you.

That’s paired with the 13-megapixel camera in the corner and some computer vision technology to tell where you are in the room. These pieces together allow the Echo Show 10 to follow you around.

The idea is to allow users to interact with the device not only completely hands-free, but with constant visual contact because they aren’t missing out on content. Since it swivels, you don’t have to worry about stepping away to do something and then hurry back to see what’s on the screen.

Essentially you can stay on task with whatever it is you’re doing. Amazon says that a large majority of people use the Echo Show in the kitchen when cleaning, cooking, eating etc.

So the idea to give the device the capability to move with you stems from people’s use of the older Echo Show devices and always having to go back and forth between tasks and content.

Amazon says that while the Echo Show 10 can swivel to face you, it won’t do so automatically. Not unless you’re watching a video at least.

If you’re not watching a video, you still need to interact with it by saying the “Alexa” keyword or touch the display. If you use your voice, it uses the location recognition of your voice with various collected data points to gauge where you are and then swivel to face that point in the room.

It may not move on its own accord whenever you move around (mostly), but at least you don’t have to touch it or press any buttons. You can, but it’s not required.

The base also uses a brushless motor and it’s apparently completely silent when it turns.