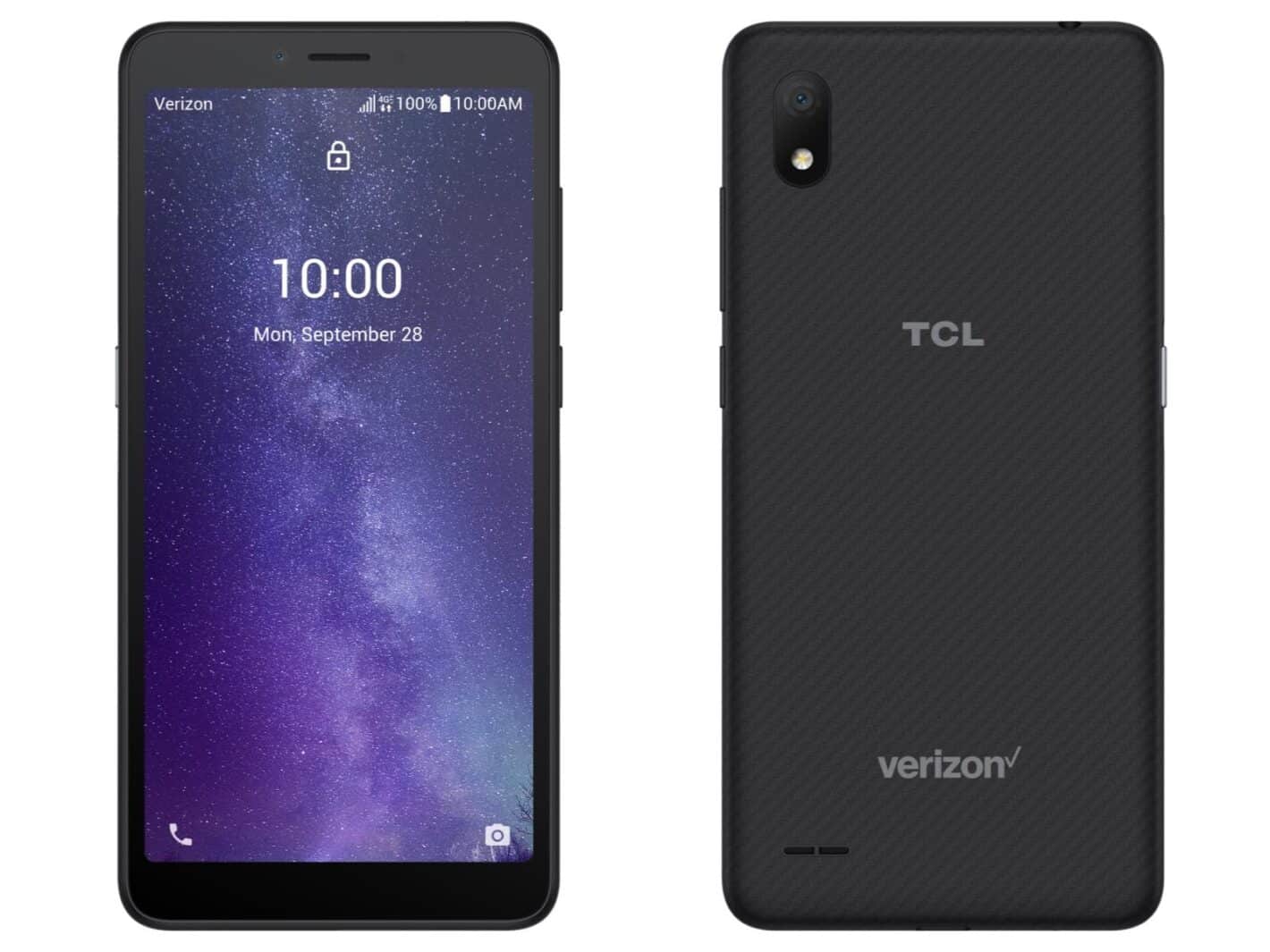 The 5.5-inch TCL SIGNA isn’t going to be the largest or most powerful phone on the block. Tucked behind the HD+, 18:9 ratio Dragontrail glass panel, the company packed a quad-core Snapdragon 429 SoC. That’s clocked at 1.9 GHz but only backed by 2GB RAM and 16GB of storage — up to 8.5GB end-user accessible.

Storage can be expanded though, via microSD up to 256GB. And the hardware should enable a longer-than-usual life out of the 3,000mAh capacity battery driving all of that hardware. In fact, TCL says that while the phone takes around 2.2-hours to charge, it’ll last up to 29-hours with mixed-use.

For cameras, TCL built its SIGNA around an 8-megapixel standard sensor on the back with an LED flash. Autofocus and EIS are built right in, and video capture is possible at up to 1080p at 30 frames-per-second. Around the front, tucked into the bezel instead of a notch or punch-hole, is a 5-megapixel fixed-focus camera. Face unlocking is among the features for that latter camera.

So what sets TCL SIGNA apart?

Now, the bezels on this handset are a throwback to at least 2018 and it certainly isn’t the most powerful handset around. But TCL did include a 3.5mm audio jack, a smart audio amplifier for the single, bottom-firing speaker, dual-noise-canceling mics, and USB-C charging. Bluetooth 4.2, WiFi 5 support, and a dedicated Google Assistant button are part of the build too.

TCL also went a minimal route on the software. Or at the very least, on its own software and Verizon bloatware. And that’s a refreshing change all on its own. Otherwise, this is going to be a very Google-oriented device, offering the latest apps from that company.

For TCL, the Call, Camera, Contacts, Downloads, and Settings apps are all going to be it’s own. The company undoubtedly included its own well-organized spin on the app drawer and navigation as well.

Verizon software is kept to a minimum with Verizon Cloud, Messages+, and My Verizon included out-of-the-box.

On the Google front, TCL went to bat for the search giant. It packed in Google’s utilities, such as Calculator, Clock, Gboard, Search, Calendar, Duo, Drive, Gmail, Maps, Chrome, Photos, and Digital Wellbeing. But it also packed in the Google Play Store, Play Music, and Movies & TV, in addition to YouTube and YouTube Music.

As of this writing, there’s no pricing information available for the TCL SIGNA and it isn’t appearing on the official Verizon website. But the phone appears to be exclusive for the carrier, at least for now.

Among TCL’s most recently launched budget phones is the 10L. That gadget features much more powerful specs and a bit more technology under the hood. That’s actually one of Android Headlines’ top ten budget phones, so this phone should be great for its price as well. And happens to be priced at an MSRP of $249.99. So the only speculation that can be made is that the TCL SIGNA will likely be priced well below that other device. Potentially in the sub-$200 range.