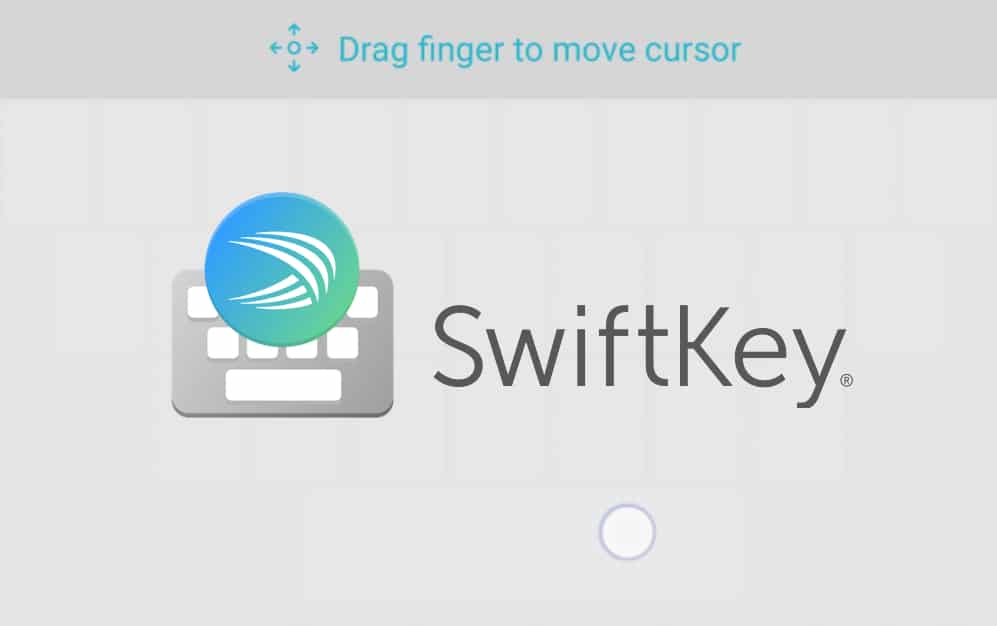 Finally, the SwiftKey keyboard cursor control is now live for all the users. The feature which was under beta testing is now available from the Google Play Store.

If you already have the SwiftKey installed on your phone, then head over to the Play Store to download the update for the app to enjoy the new feature.

Earlier we have reported, back in August, that SwiftKey is testing a new feature that lets you enable cursor control from the spacebar. Besides, Gboard already has this feature.

However, SwiftKey has implemented this feature in its own way. We have already highlighted this in our previous post that Gboard cursor control has a limited area of usability.

Basically, you can hover the cursor to the length of the spacebar in Gboard. But in SwiftKey, once the cursor is activated, you can freely move the cursor anywhere on the keyboard.

Apparently, the procedure to enable SwiftKey cursor control is also different. If you use Google Gboard, then sliding on the spacebar activates the cursor.

But in SwiftKey, users have to hold and press the spacebar and slide to activate the cursor control. Though it might sound a bit peculiar, it is actually easy once in the groove.

The update is not limited to implementing the cursor control in SwiftKey stable app, but there is a lot more to it. Firstly, it adds a new language called Saint Lucian Creole.

For those who do not know, Saint Lucian Creole, aka Patwa, is a French-language widely spoken in Saint Lucia. It is spoken alongside English. You have to download the new language pack.

The size of the Arabic key is also fixed when using a larger layout. Another fix this new update brings is for the issue that prevented switching to Hong Kong handwriting.

Importantly, as noted in the official changelog, if you are using multiple languages in SwiftKey then you need to enable cursor control to use it.

This is the reason to have a different setting for enabling cursor control. It is done in order to avoid the collision of language and cursor control options.

This setting can be found in the 'Typing' Menu. The new SwiftKey update is live for all the users in the stable version. If you have not yet received the update, then you can download the app from Play Store.

Note that the update is spotted in SwiftKey version 7.6.3.4. So, if you have an older version then grab the latest one from below.