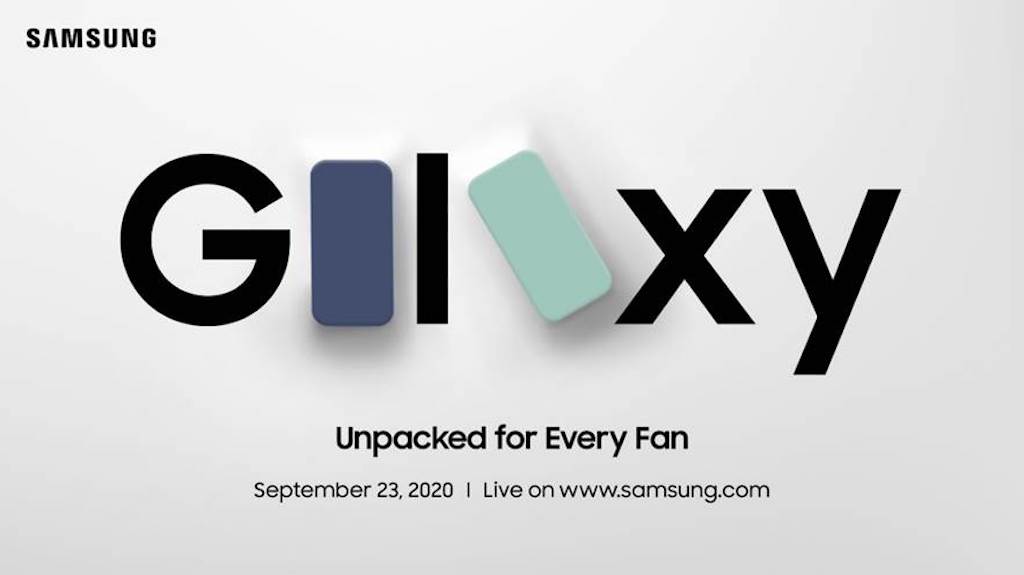 Samsung is holding its third Unpacked event in less than two months, on September 23.

This time around, we aren't too sure what the company has in store for us. But the name of the event does kind of lend some hints – as well as the invitation.

This is "Galaxy Unpacked for Every Fan", according to Samsung.  And given the blue and turquoise colored phone silhouettes in the image, it looks like the Galaxy S20 FE is going to be announced here. Though that is not confirmed. All Samsung told us is that the event is happening September 23 at 10AM ET/7AM PT.

The Galaxy S20 FE is very likely to be launching at this event. As the device is pretty much ready to go, and we have even seen it leak out on Samsung's own website just this week.

Not to mention the words "every fan" does kind of tie in with the "fan edition" that the Galaxy S20 FE stands for. Though we still aren't big fans of that naming, since it was last used for the Galaxy Note 7 FE, which was the third version of the Note 7 after it was recalled twice. Bad memories there, that you'd think Samsung would want to avoid.

The Galaxy S20 FE is shaping up to be an interesting device. It's rumored to cost $699, undercutting all the Galaxy S20 and Note 20 devices released this year. It will also have a 120Hz display, the Snapdragon 865 chipset, 6GB of RAM and 128GB of storage on board.

Along with a 4500mAh capacity battery, and 15W charging. The cameras are also changed here, with two 12-megapixel sensors and a 8-megapixel sensors. Likely a main, ultra-wide and a telephoto sensor.

The design seems like a mashup of the Galaxy S20 and Note 20. It has the Note 20's camera design. But with the rounded corners like a Galaxy S device would have. And Samsung is going to launch it in five colors.

It does seem kind of odd that Samsung would only announce the Galaxy S20 FE at a virtual event. However, since it's all virtual now, it doesn't take as much work to hold an event. As they don't need to invite press and deal with getting the press to the venue and such. Doing a 30 minute live stream is a lot easier.

But this is Samsung, there is likely going to be a few more devices announced. Even though it has already announced a ton of other devices in recent weeks – Galaxy Note 20, Note 20 Ultra, Tab S7, Tab S7+, Buds Live and the Galaxy Z Fold 2.

Tune in on September 23 at 10AM ET for Samsung Galaxy Unpacked for Every Fan.