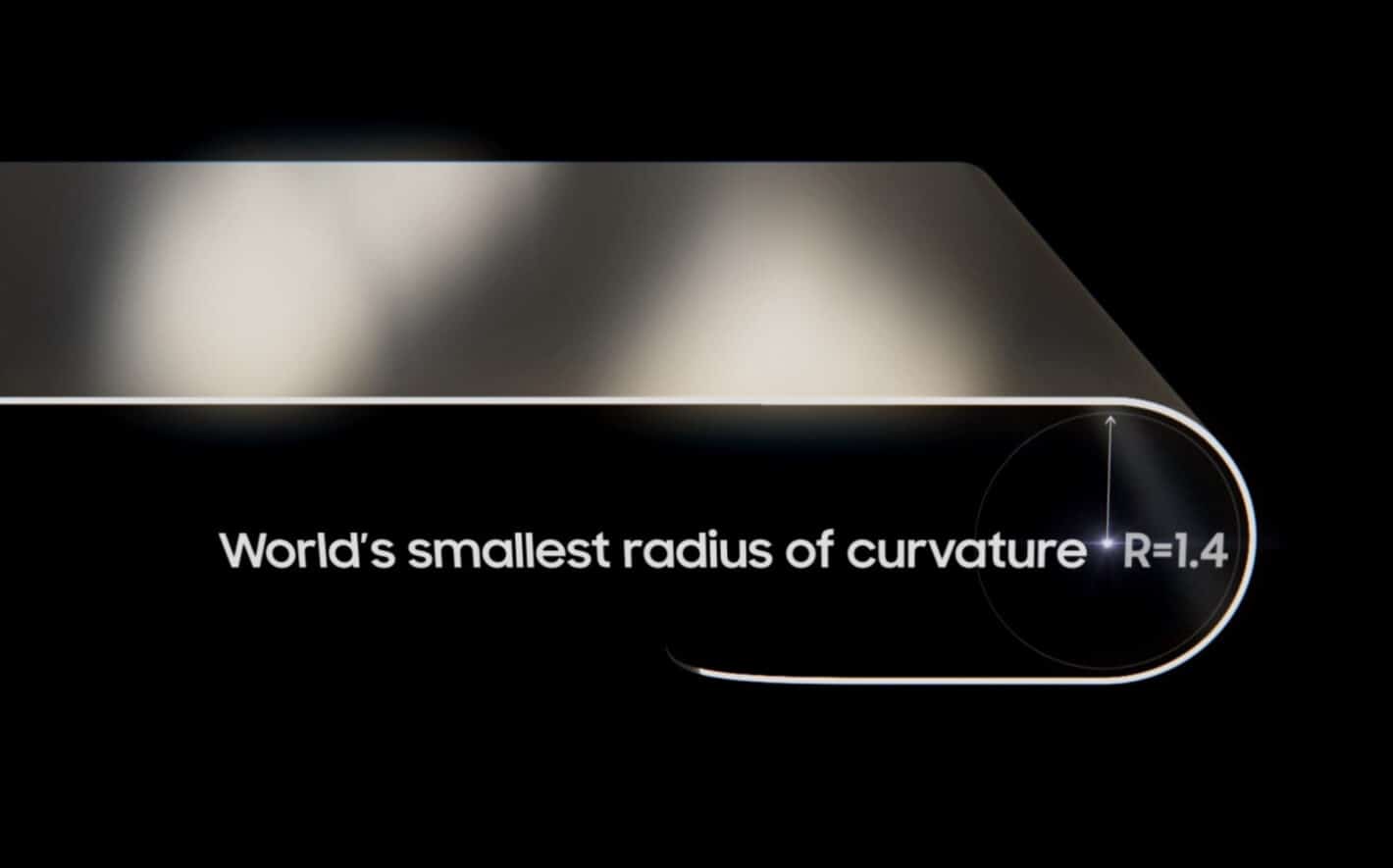 Samsung announced the Galaxy Z Fold 2 on September 1 but didn't reveal all of the details about its folding display. Now, the company has announced that the flagship has the shortest curvature of any smartphone to date. In fact, it has a curvature rated at a radius rating of 1.4R.

The figure is down from the 1.5R rating found on the Galaxy Z Flip and original Galaxy Z Fold. And it represents a significant reduction in the gap when the handset is closed too, according to Samsung.

For clarity, the smaller the number, the smaller the gap that's present between the two sides. But the smaller figure also means that there's more stress placed on the panel. And that may make this a bigger achievement than it seems at first glance.

In fact, Samsung says that its "proprietary foldable display optimization technologies" not only allow a bright display at 2208 x 1768 resolution at 7.6-inches. That's when folded open. It also managed to attain an "Eye Care Display” certification from SGS. And to overcome stress testing from a third party.

Summarily, the displays have been tested by Bureau Veritas to withstand up to 200,000 folds. That's a verified and certified figure, rather than something Samsung tested internally.

To accomplish its goal, Samsung optimized its display across more than just the standard tests.

The company doesn't dive too deeply into the technical aspects of that. But it also changed things in terms of display structure, material, and assembly. The result is a multi-layered display that acts as a cushion when folding occurs. So Samsung was able to use an Ultra-Thin Glass (UTG) panel, while still improving the design. At least in terms of the gap between the two halves of the fold.

This device could change the way smartphones are made

Samsung additionally points out that its focus on folding displays is directly linked to the incoming change to mobile connectivity. Namely, 5G. The company hopes that the introduction of a new form factor will match the needs presented by the new technology. Particularly when it comes to multi-form devices, such as a smartphone that conveniently turns into a tablet on-demand. And it may not be wrong about that, according to recent reports.